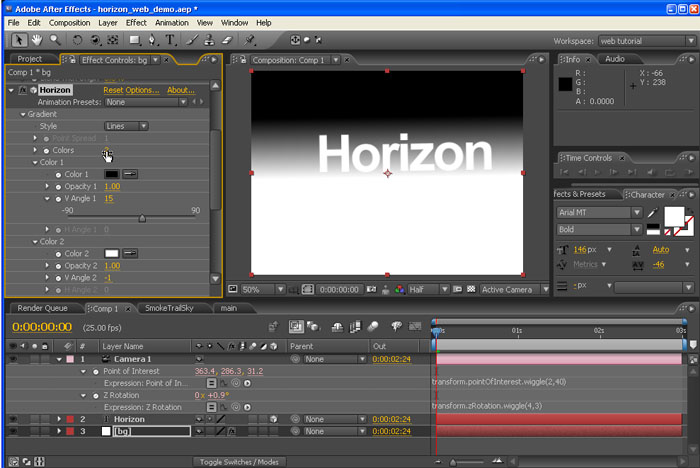 Trapcode Horizon is a camera-aware color gradient and image mapping tool. It is a fairly straightforward utility plug-in. It is meant to be used on the bottom layer in a 3D comp. It generates a background that corresponds to the camera’s viewing direction.

To get yourself started with the Trapcode Horizon Tutorial

Trapcode Horizon is a great companion to the other 3D plugs from Trapcode, such as Particular and Form etc.

The Basics of Music Copyright Law

How Much Should I Charge for Film Score?

What Does It Mean to Say Field Recordings Capture Ambient Sounds?

How to Use Your De-Esser Right

How to Record the Ocean Sounds

ABOUT US
AFFILIATE DISCLAIMER As an affiliate, we earn from qualifying purchases. We get commissions for purchases made through links in this post.
Contact us: staff@strongmocha.com
FOLLOW US
© Thorsten Meyer, 2005-2022. All rights reserved.
We use cookies on our website to give you the most relevant experience by remembering your preferences and repeat visits. By clicking “Accept”, you consent to the use of ALL the cookies. However you may visit Cookie Settings to provide a controlled consent.
Cookie settingsACCEPT
Manage consent