Tim Burton Retrospective in The Museum of Modern Art (MoMA)

As an affiliate, we may earn a commission from qualifying purchases. We get commissions for purchases made through links on this website from Amazon and other third parties.

both as a director and concept artist for live-action and animated films, and as an artist, illustrator, photographer, and writer.

On view from November 22, 2009, through April 26, 2010, the exhibition brings together over 700 examples of sketchbooks, concept art, drawings, paintings, photographs, and a selection of his amateur films, and is the Museum’s most comprehensive monographic exhibition devoted to a filmmaker.

An extensive film retrospective spanning Burton’s 27-year career runs throughout the exhibition, along with a related series of films that influenced, inspired, and intrigued Burton as a filmmaker. Tim Burton is organized by Ron Magliozzi, Assistant Curator, and Jenny He, Curatorial Assistant, Department of Film, with Rajendra Roy, The Celeste Bartos Chief Curator of Film, The Museum of Modern Art.

The exhibition is on view throughout the Museum: the Special Exhibitions Gallery on the third floor features hundreds of drawings, paintings, sculptures, sketchbooks, and moving image works.

Downstairs, in the Museum’s Roy and Niuta Titus Theater Lobbies, a selection of largescale Polaroids created by Burton is joined by a selection of domestic and international film posters from his feature films, while musical compositions specifically chosen for the exhibition by Burton’s longtime collaborator Danny Elfman plays over the gallery’s speakers.

In MoMA’s Agnes Gund Garden Lobby and Abby Aldrich Rockefeller Sculpture Garden, a large-scale balloon and a deer-shaped topiary inspired by Edward Scissorhands are on view.

Mr. Magliozzi states: “While Tim Burton is known almost exclusively for his work on the screen, including Beetlejuice, Batman, Edward Scissorhands, Tim Burton’s The  Nightmare Before Christmas, and more recently Sweeney Todd, this exhibition covers the full range of his creative output, revealing an artist and filmmaker who shares much with his contemporaries in the post2 modern generation who have taken their inspiration from pop culture. In Burton’s case, he was inspired by newspaper and magazine comics, cartoon animation and children’s literature, toys and television, Japanese monster movies, carnival sideshows and performance art, cinema Expressionism and science-fiction films alike.”

MoMA’s exhibition draws extensively from the artist’s personal archive, as well as from studio archives and the private collections of Burton’s collaborators, and includes art  from a number of early, unrealized projects. Never-before-exhibited drawings, paintings, and film props, as well as virtually unseen films—including Burton’s 1983 live-action,  Asian-cast adaptation of Hansel and Gretel—and early student films, are on view.

Visitors enter the Special Exhibitions Gallery on the third floor through a spectacular three-dimensional monster’s mouth. Inspired by Burton’s unrealized film project Trick or Treat (1980), the entrance was created for the exhibition by TwoSeven Inc. Upon passing through the creature’s mouth on its red-carpeted tongue, visitors proceed through a corridor lined floor to ceiling with Burton’s signature black-and-white stripes, and a presentation of Burton’s The World of Stainboy Internet series plays on six large monitors. In the galleries the exhibition is organized in three sections, each in relation to Burbank, California, the city in which Burton was raised and the inspiration for much of his early work. 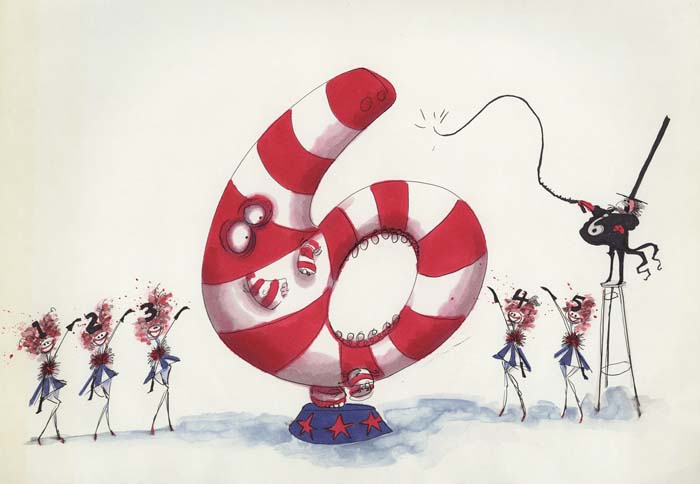 A director of fables, fairy tales, and fantasies with an aesthetic incorporating the Gothic, Grand Guignol, and German Expressionism, Burton has created a body of films marked by striking visuals, indelible characters, and a distinctive and uncompromised point of view. Organized by Ron Magliozzi, Assistant Curator, and Jenny He, Curatorial Assistant, Department of Film, with Rajendra Roy, The Celeste Bartos Chief Curator of Film.