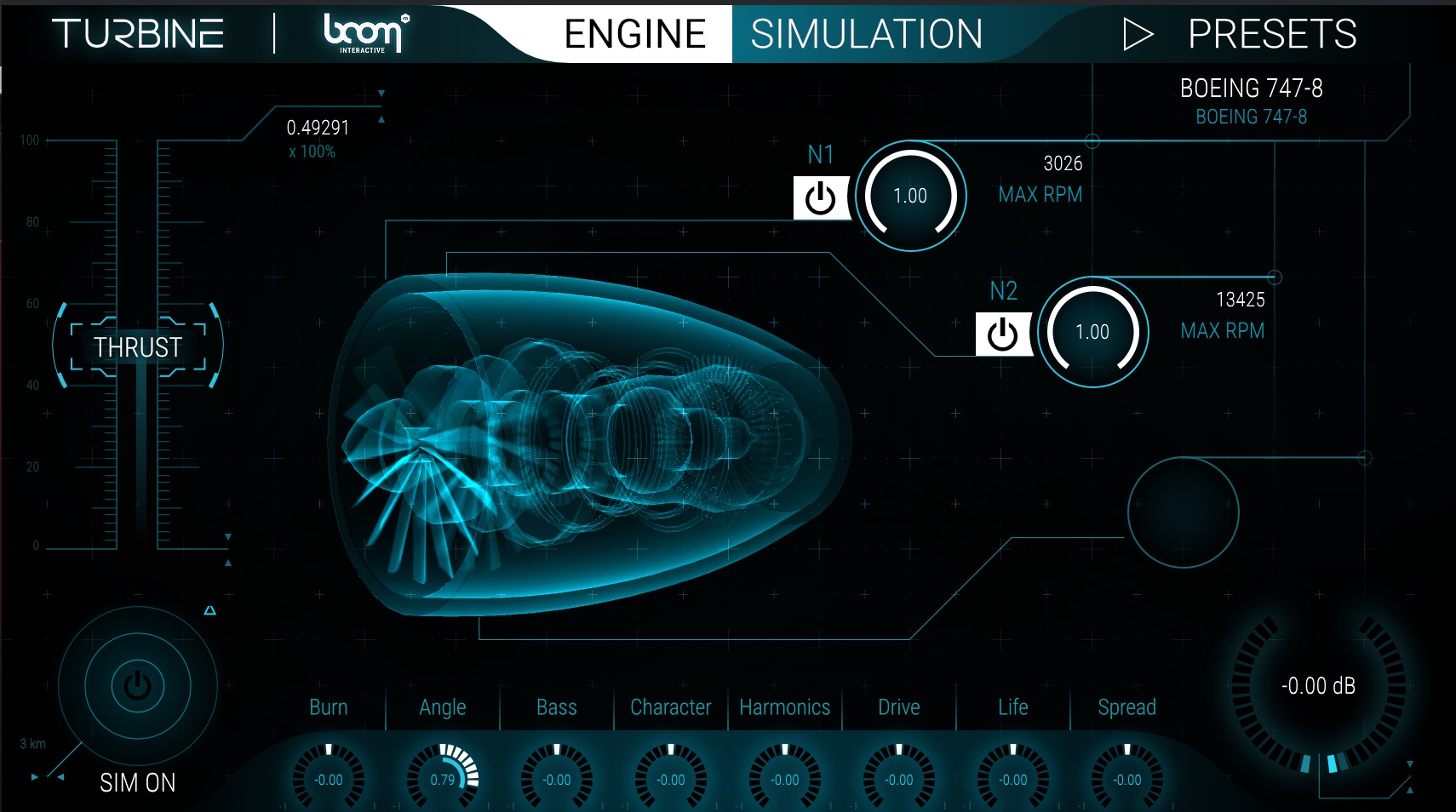 BOOM Library launched Turbine including more than 50 highly versatile presets give you the power to manufacture entirely new sounds, such as whooshes, robotics, sirens, elements, engines, and bursts.

Turbine is not limited to create jet engine sounds, you can use the plugin to create more RC cars, quadcopter sounds, Home appliances are electrical/mechanical machines, nuclear reactor turbine, and futuristic sounds.

The presets make you started quickly and there is a number of different ones included. In the Engine tab of the Turbine Instrument, you can modify the engine, also change its position and adjust other parameters.

In the Simulation tab, you can change the position relative to the microphones and really have some fun with some planes/rockets flying by or launch a rocket into space.