The New Basstard by 8DIO Review 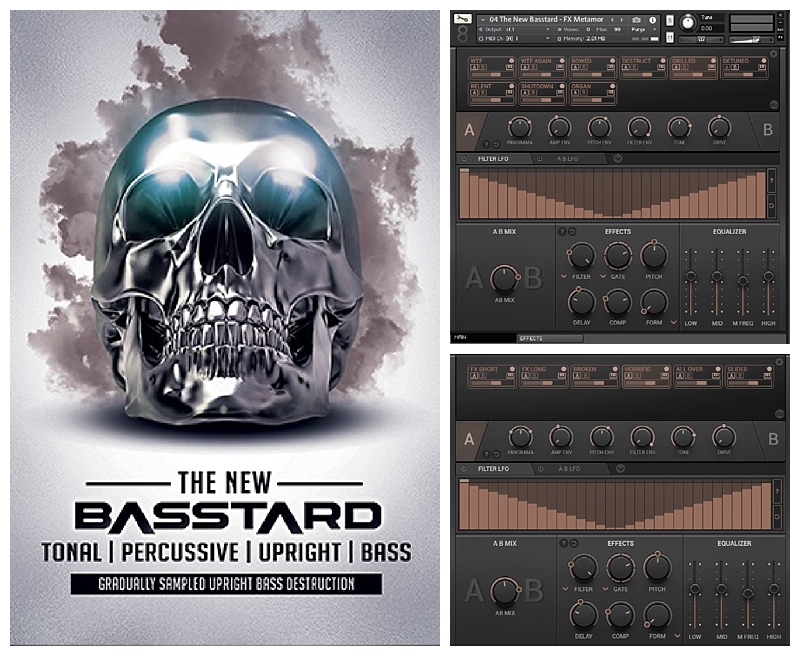 The New Basstard by 8DIO Review

The old version of 8Dio Basstard was amongst the hidden gems of 8Dio. Today 8Dio did update the library with a new interface and the latest effects from 8Dio and retained the dominant tone of the original instrument.

8Dio has been very successful in the film score industry. Professional composers and producer use 8Dio libraries for their trailer, advertisement underscore, and film score. I did have the old Basstard instrument since 2016 and always liked the sound and sound design possibilities. 8Dio did send a copy with no strings attached.

After purchase, you receive the needed codes for the 8Dio Download tool. You enter the codes and select the location where the instrument should be located. The automated downloader then downloads and unpacks the instrument. When finished, you should only do a batch re-save in Kontakt, and you are ready to start soring. The New Basstard requires the full retail (paid) version of Kontakt 5.6 or later.

Sound
8Dio’s The New Basstard sounds dark, rough, sometimes percussive all in a very aggressive for the audience uncertain way. You would not produce a happy song with this instrument but go into the opposing direction pretty quickly.

8Dio’s story about this instrument is that it destroyed and reconstructed during the recording session almost like in a horror movie which is going entirely in an evil direction. For a composer, the resulting tone is exceptional and included unique instruments are helpful in particular genres.

Where this instrument also shines is when you take sounds from Kontakt into third-party effects. This can be done by third-party effects plugins, a hardware sampler in your studio to mangle these unique sounds further. While this is an advanced task, you can generate great-sounding further musical bed and underscore that is uncommon as you created it with additional tools.

If you are not that experienced with sound design 8Dio has covered you with included Grooves, several FX sounds, percussive sounds, ambiances, and textures.

The new UI improves the user experience compared to the old version of this instrument. With the old Basstard, you did 51 single Kontakt instrument patches (10 Tonal, 30 FX, 4 Perc, and 7 Groove) which you have to load on their own. With the new version, you have six patches (Tonal, FX Tonal, FX, FX Metamorphose, Perc, and Grooves) to use the complete instrument. Within those six patch-groups, you can switch between recording and articulations.

The included effects got an upgrade too with the new release to the current 8Dio standards.

8Dio’s Basstard is a good option when you want to create very impressive aggressive in your face lines or underscore, haunting atmospheres and textures. The Basstard sits very well in a mix and helps to drive emotion and tension. As a sound design source, this tool is priceless, tr to run into through a hardware sampler or one of the many effects tools, you get surprising results.