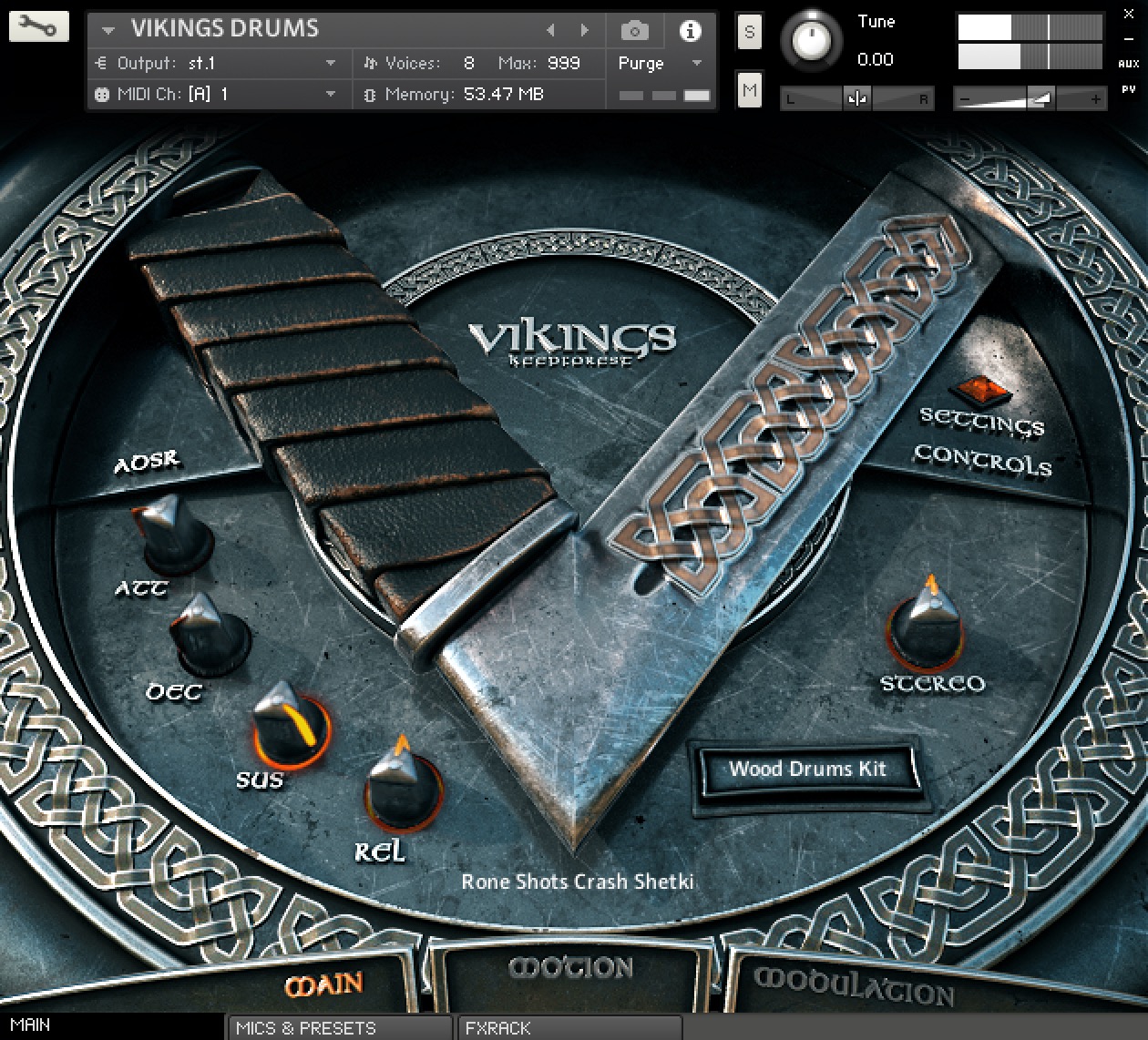 Vikings Bundle (Affiliate Link) is out since quite a while and initially launched in the second half of 2017. Now for two weeks (Deal ends June, 27th 2018), it can be obtained for 119 USD.

In the bundle, you receive Cinematic Metal Toolkit and a second product named Cinematic Punk Folk Trailer Toolkit. The vibe of the library inspired by Scandinavian Mythology and has captured that tone perfectly.

Vikings Bundle (Affiliate Link) downloads above 20Gig and you need the full Kontakt Version ( Kontakt 5.6.8 or higher) to use the library. The free Kontakt player will not work with this library. You also get the  WAV samples which is crucial if you are into sound design or need to align effects to picture.

Vikings Bundle (Affiliate Link) includes two libraries which are both are set up to support composing to picture when you are in need of a modern cinematic hybrid vibe.

You get many sounds across a sorted library:

KeepForest has a unique UI that can be seen evolving in all their products that have been released. The UI is when you understand it after some time supporting your effort in producing.

That you get the sounds in  WAV FORMAT at 48KHZ / 24BIT is crucial to be able to dive into sounds design and more importantly it is easier to align sounds to picture when needed by dragging the WAV file instead of playing midi.

Vikings Bundle (Affiliate Link) is a punchy, dynamic, punchy and dark library inspired by themes we know from King Arthur and Game of Thrones. You can create with the different assets extremely sufficient tracks.

You can come up with professional sounding tracks in less than an hour just working with the included presets (Talent required). Just mix this with other products from KeepForest, some effects and Omni 2 libraries and you are 80% set for a new track.

The Vikings Bundle (Affiliate Link) included highly prepared and ready-mix sounds that find their place in many epic score and trailer. Dive into the Scandinavian world and mythology with this bundle and produce tension driven and impacting sounds and score.