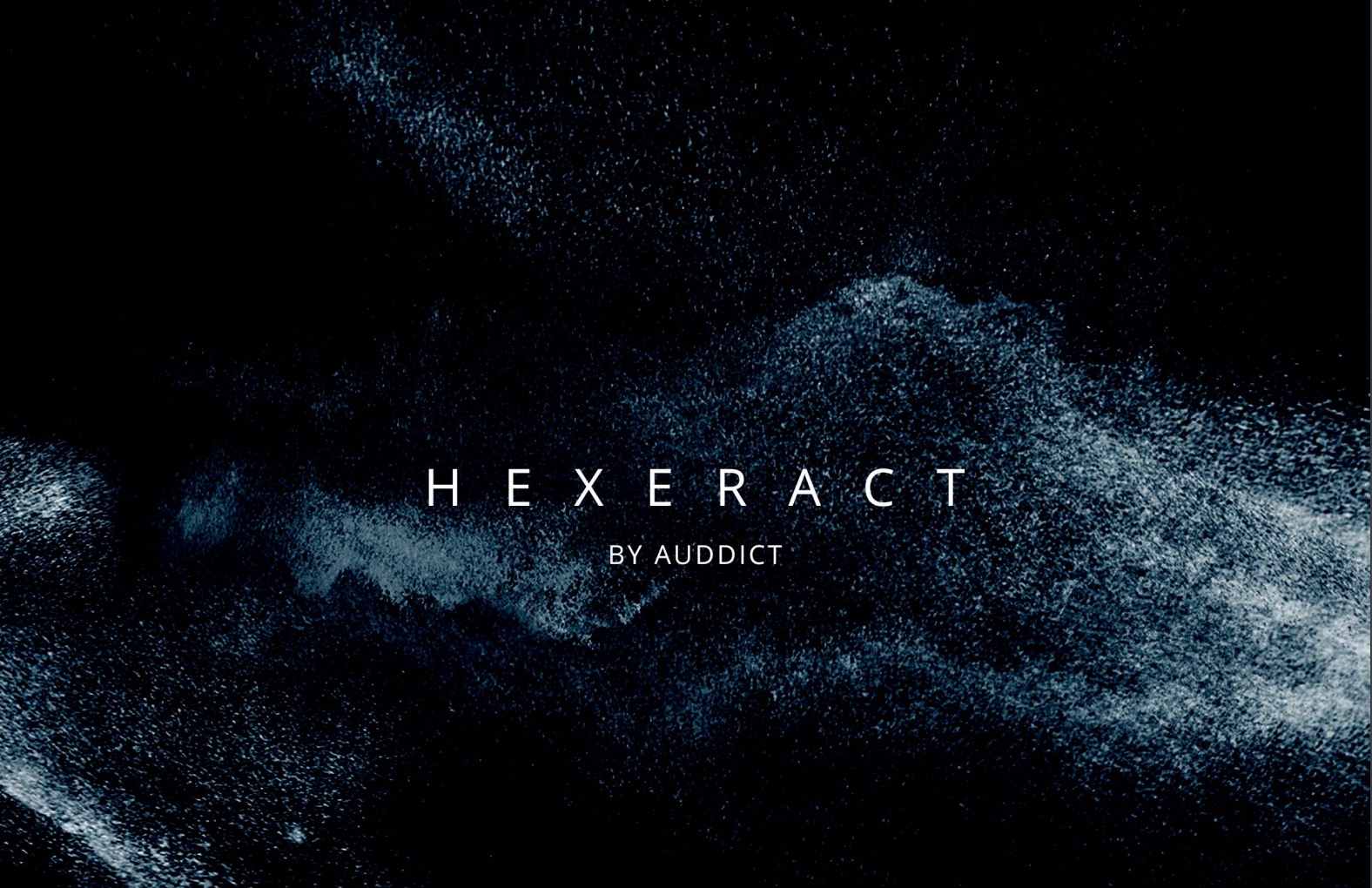 HEXERACT was released in late 2017 as an early release and has been substantially improved by Auddict in the last months.  I did start the review some months ago (Dec 2017) and waited for its release until a major change in the software. Now as Hexeract.1.1.0 has been released it is time to update and released the review of this now fine synth.

Hexeract is a compelling software synth, which can extend the sound palette of composers, producers,  and songwriters.

big part of the latest released is a long time awaited MPE-compatibility. Use a ROLI or other MPE controller and assign gestures (slide, press, glide etc) to Hex parameters. An MPE modulator tab has been added to facilitate control via an MPE controller. Auddict did send a review copy with no strings attached.

With Hexeract you produce sounds, arp, sequences or just play the included instruments to enrich your composition.

With the latest released the presets have been actual increased. Now a huge preset collection crossing various styles have been included and sound surpassing.

Hexeract by Auddict stretches far further than simple analog or modern software synth. It is working towards the needs of the modern Composer,  Sound Designer, and Musician.

If you do invest the time you find a modular working synth with an Auddict specific way to produce huge and excellent sounding vibes. If you are looking for a relished excellent synthesizer and want to be part of the modular movement you found yourself a modular (sampler) synth.

The UI is complicated and could be made easier to use. It is not to complicated to prevent you from producing great-sounding scores and underscore.

Version 1.1.0 introduces a huge amount of new features and presets, as well as massive improvements in performance.

Hexeract v1.1.0 includes wave-shaping and MPE-compatibility. Use a ROLI or other MPE controller and assign gestures (slide, press, glide etc) to Hex parameters. An MPE modulator tab has been added to facilitate control via an MPE controller.

HEXERACT has a great sounding engine and comes with a good selection of some included presets. It does have a niche where it is most used, that is a good position to be in.

I liked the atmospheric presets/soundscapes HEXERACT can create, also I just love the new include presets in Release 1.10 and the support of my ROLI board With the latest update published this week, it has risen up in the rating and is now a highly recommended synth.

Hexeract is a software tool that allows you a composer or producers to generate excellent results fast. You can produce cinematic soundscapes, moving basses and vintage vibes.