Get 84% off Voices and Percussion Bundle by Crypto Cipher! 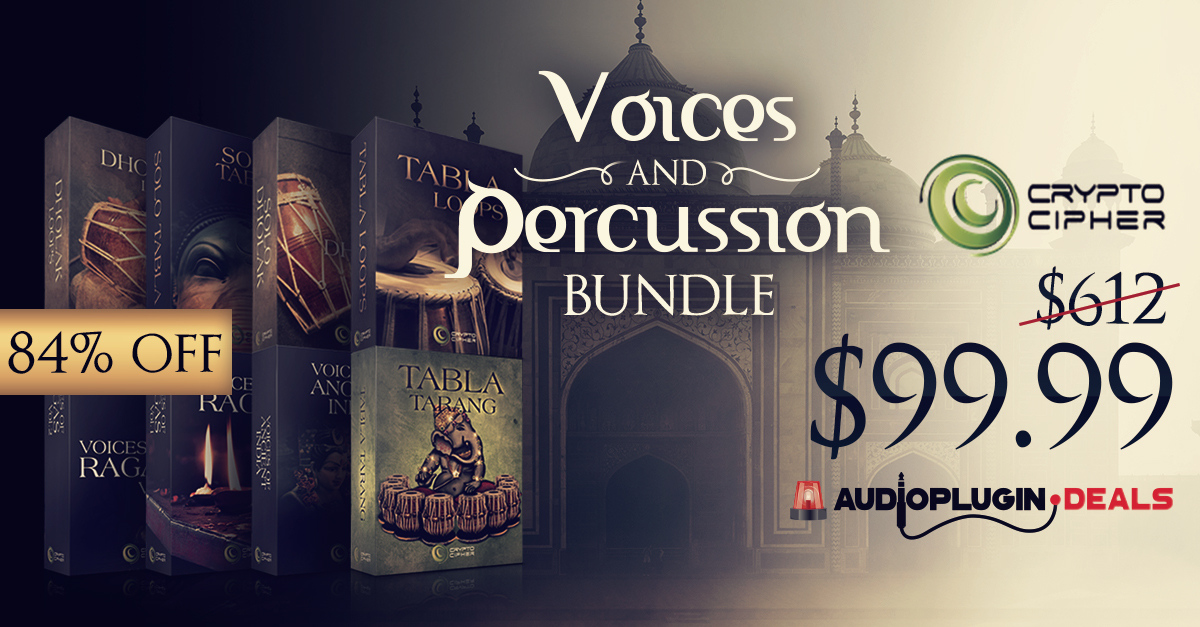 For just $99.99, get the Voices and Percussion Bundle comprising of Rare Raga Voices, Extinct Instruments & Exotic Percussion Libraries by Crypto Cipher at a massive 84% off, that is $99.99 instead of $612!

Founded in 2010 and based in New Delhi, Crypto Cipher offers affordable, authentic sounding, and high-quality sample instruments for Kontakt. All instruments in this bundle require the full retail version of Kontakt.

Don’t miss out on this no-brainer deal ending soon, hurry and save!

In Africa, lions have been forced to survive on land that is only one-fifth of the size they occupied a few decades ago. If habitats shrink further, and the lion population continues to decline at the same rate, it is predicted that there will be no lions left in the wild in 20 years’ time.

The Kevin Richardson Foundation firmly believes in integrated conservation. This means that if communities in contact with wild species do not experience the tangible benefits of protecting wildlife, then human/wildlife conflict and poaching will persist. The foundation thus seeks to support like-minded organizations that have proven and measurable methods in investing in the education and the creation of jobs, for the benefit of those within the outlying communities. We will also respond to the unique needs of communities close to the habitats we seek to purchase and protect. The foundation seeks to enable children all over South Africa to have access to their wildlife by funded visits to the sanctuary, game drives and other initiatives. In 2019 the Foundation will be launching the Kevin Richardson Scholarship to support academic studies aimed towards finding conservation solutions for South Africa’s threatened wildlife.

Kevin Richardson Foundation has launched the #onecupforacause challenge. With over 2.2 BILLION cups of coffee drunk around the world every single day, what if we donated just one ‘coffee’ a month to fight for the lions’ future? You can also support the NFR here in their latest campaign.