93% OFF: Ultimate Sound Designers Toolkit – A Must Have – No Brainer! 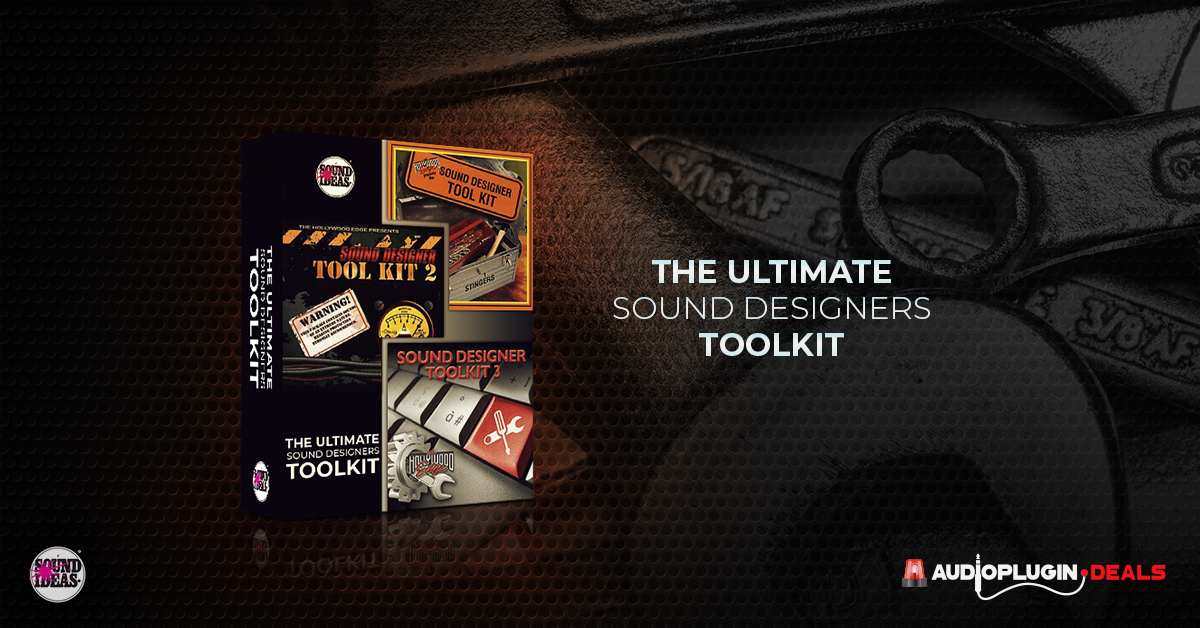 For just $99.99, get the massive 15GB+ Sound Designer Toolkit 1, 2 & 3 by Sound Ideas. This is truly an essential “Must-have” for any musician and sound designer. The scope of sounds offered is so diverse that for $99 you are getting the holy grail of cinematic sound design.

The sounds included are great to fuse as musical elements in any production. Originally $1485, now available for just $99.99 for a limited time only (you save a whopping $1385). You don’t want to miss this!

Sound Designer Toolkit 1
This set of production elements includes three discs worth of various stingers, rumbles, booms, whooshes, and hits, plus two discs worth of musical effects, hits, accents  music beds.
If you are looking for a specific stinger to use, you’ll find it in this collection! The musical effects include various categories, from feel to instrumentation. Musical beds and stingers range from a more corporate feel to a relaxed, tranquil feel. Drums, brass, guitars  keyboards can also be found on this royalty free, top-of-the-line collection.

Sound Designer Toolkit 2
The second installment of the Sound Designer Tool Kit Series has an over 1,600 incredible production elements. 1621 Production Elements as a Download
This set overflows with endless stingers, trailer elements, explosions, destructions, impacts, whooshes and comedy to use in your production. These production elements were designed to encompass a variety of categories: dark, scary, horror, eerie, monsters and aliens, space and sci-fi, nature, animals, and weather. Additionally, there is also a collection of Musical instrument accents and beds – from solo instruments to symphonic

In Africa, lions have been forced to survive on land that is only one-fifth of the size they occupied a few decades ago. If habitats shrink further, and the lion population continues to decline at the same rate, it is predicted that there will be no lions left in the wild in 20 years’ time.

The Kevin Richardson Foundation firmly believes in integrated conservation. This means that if communities in contact with wild species do not experience the tangible benefits of protecting wildlife, then human/wildlife conflict and poaching will persist. The foundation thus seeks to support like-minded organizations that have proven and measurable methods in investing in the education and the creation of jobs, for the benefit of those within the outlying communities. We will also respond to the unique needs of communities close to the habitats we seek to purchase and protect. The foundation seeks to enable children all over South Africa to have access to their wildlife by funded visits to the sanctuary, game drives and other initiatives. In 2019 the Foundation will be launching the Kevin Richardson Scholarship to support academic studies aimed towards finding conservation solutions for South Africa’s threatened wildlife.

Kevin Richardson Foundation has launched the #onecupforacause challenge. With over 2.2 BILLION cups of coffee drunk around the world every single day, what if we donated just one ‘coffee’ a month to fight for the lions’ future? You can also support the NFR here in their latest campaign.