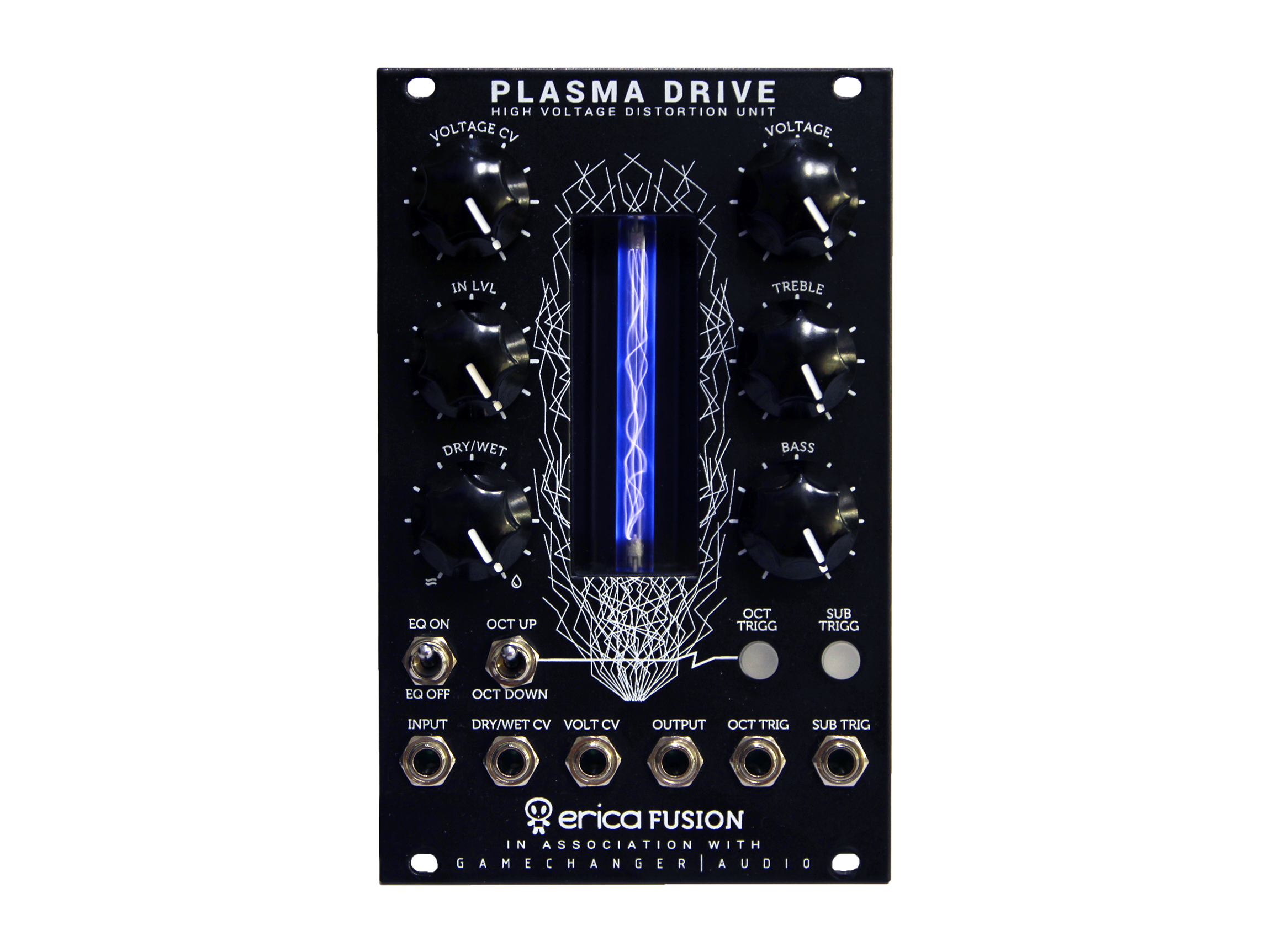 Gamechanger Audio and Erica Synths released PLASMA Drive – The PLASMA Pedal Eurorack Module and the module is now available to be purchased. Our single module is on its way for a review as well.

PLASMA eurorack module “PLASMA Drive” is a collaboration between Gamechanger Audio and Erica Synths, an established and globally recognized modular synthesizer brand from Latvia.
Erica Synths are a team of visionaries, engineers and musicians who create modules and instruments that are different in terms of sound, looks and functions.

Similar to PLASMA Pedal, the PLASMA Eurorack Drive boosts audio signal to 3000V and transforms it into a series of continuous high-voltage discharges in a xenon-filled tube. In essence – you are playing a lightning bolt of electricity, and the electrical discharges produced by your instrument are instantly converted back into an analogue audio signal. The result – a quick, responsive, and extremely heavy distortion with tons of unique character!

The PLASMA Drive Eurorack module brings the sounds of the PLASMA Pedal to the modular world. The functions of the pedal are complemented with CV control over the level of distortion and a dry/wet mix. The Module introduces tracking oscillators for a new Octave Up & Two-Octave Down function, thus adding even more harmonics to the original signal. Tracking oscillators can be switched on/off manually or via trigger signals. The PLASMA Drive module is powered with conventional eurorack PSU ribbon cable and the power consumption is around 150mA.

Gamechanger Audio was founded by four friends committed to exploring the uncharted territories of music electronics and creating devices that provide real value while stretching the imagination of both musicians and engineers.

The company has been praised for innovation in creating the PLUS and PLASMA pedals. These Variations on the PLASMA Designs are only part of the new product line-up for Winter NAMM. More news coming soon.

In preparation for a upcoming review I have been taking a detailed look at the PLUS Pedal and PLASMA PEDAL and really look forward to the eurorack version of the Plasma Pedal.