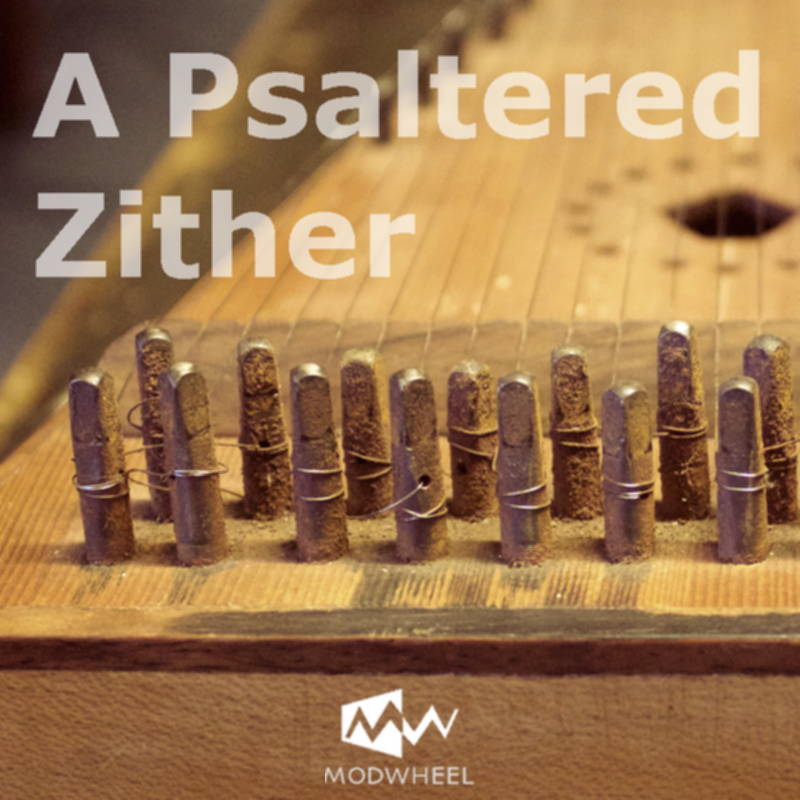 A Psaltered Zither by MODWHEEL

is proud to announce the release of A Zither, our latest virtual instrument for Kontakt.

The sample library is built around the zithers, psaltery and other odd, stringed instruments that we’ve built or collected over the years.

Six different zithers, psaltery, and unfretted folk instruments, lovingly plucked, bowed, scraped, struck, rattled and angrily distressed. Each instrument patch comes with up to six separate articulations that can be mixed and matched. Each articulation has access to pan, envelope and transpose (up or down one octave) control. This allows for layering and combining different sounds giving huge tonal possibilities. When not in use, articulations can be switched off to conserve CPU usage.

A Zither uses MODWHEEL’s newest development Scatter Box.
Scatter Box contains four sections of handcrafted IRs, (Sync’d, non-sync, reversed and atmospheric). The IRs have been specially created to complement the A Zither. The sync’d section allows for very characterful delay type effects, that will sync to the tempo of your DAW. The atmos section features longer events and some tonal elements that work well with pads and longer atmospheric articulations. The non-sync and reversed sections give even more access to sound manipulating possibilities.

A Psaltered Zither also comes with 127 snapshots of presets, pads, atmospheric, and arpeggiated rhythms.
Each patch has access to a full range of effects, via the FX tab – distortion, rotary, tremolo, phaser, chorus, delay and low pass filter. There are also tabs that take you through to the arpeggiator controls and info section where the functionality of each patch is explained.

BUT WAIT THERE’S MORE – as part of the intro deal you will receive a free virtual instrument, MODWHEEL’s take on the Kalimba. This intro deal is available until 31 March 2019

Note: A Psaltered Zither and Kalimba require a full version of Kontakt 5.6.6 or higher.