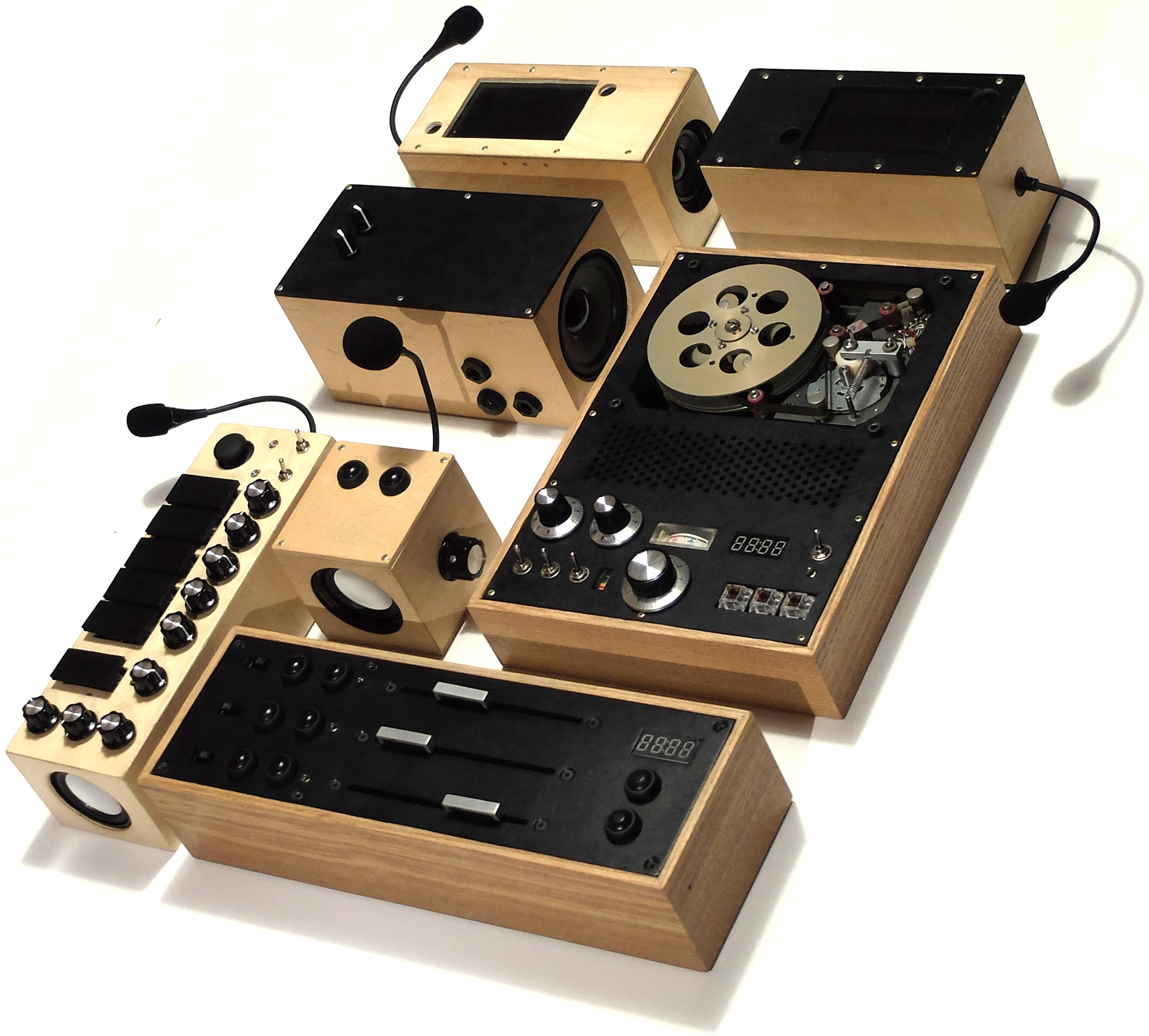 Modular Process Music is a concept/set of instruments designed to create improvised music in a new way. The title can be understood in 3 ways:
– “process music” – a method of creating the music where a composer/artist doesn’t create fixed piece; rather he’s designing a process which, in turn, generates the music;
– “modular process” – a process that could be redesigned on the fly by changing the order and relationships of several sound modules;
– “modular music” – a piece of music comprising of modules, or parts, which can be reassembled and rearranged freely on the go.

The instruments communicate with each other through sound itself, in the same way as improvising musicians do. Unlike a typical modular synth, rather than connecting the modules with patch cords, each instrument has a speaker and a gooseneck microphone, so they can listen to each other or to any other external sounds. Some of the instruments are controlled only with sound, others could be also controlled manually. The instruments are designed to make their interactions and the process of creating sound clearly visible and comprehensible to the audience – visual feedback is provided by mechanical movement of the elements.

The project consists of 7 instruments. Each of them can work independently, but they could also be combined together in a number of different ways:
–