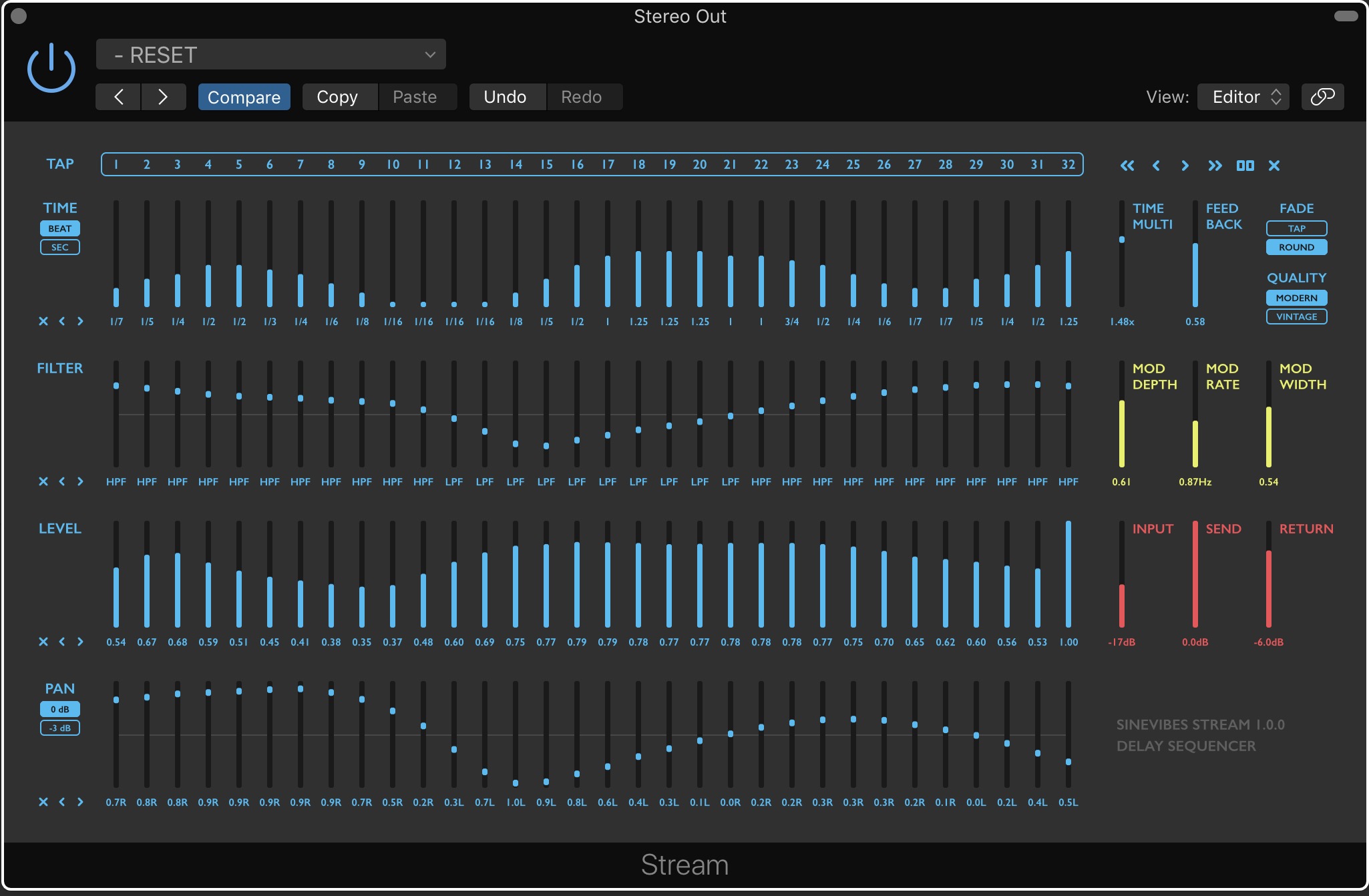 Stream an FX tool is a delay effect plugin heavily based and powered by a sequencer to shape the effect. There is also no Windows and VST version available. It is for MAC and an Audio Unit plugin only, Pro Tools and Cubase DAW Users at least will not be able to use this stellar plugin. Sinevibes did send a review copy with no strings attached.

Stream a delay effect is a MAC only plugin (Requires OS X 10.6 or later running on 32 or 64 bit Intel Macs). It works with any DAW that supports Audio Unit (AU) plugins.

Stream plugin is a delay effect which controls delay sequences over 32 steps. You can apply different functions per step to produce creative results. This delay FX Plugin on steroids brings groove and excitement into the channel and tracks. The included sequencer with up to 32 steps manages each individual delay in volume, time, filter and panning. As in many FX plugins you can use modern or vintage coloring of the delay sound.

The User Interface designed Sinevibes is full in line with their other products and follows the Sinevibes typically design guidance of this developer. It is a minimal and clear layout which is easy to understand. It organized to support multiple functions for individual or global tap parameter shifting and looping. For ease of use, Sinevibes used color-coded graphics with subtle animations. Of course with the current 5K and soon 6K MAC displays Stream supports fully hardware-accelerated rendering.

The Stream AU plugin is a delay effect plugin that looks like a sequencer that supports delay effects. The combination of a sequencer, effects, and delay produces magic.

Stream helps you to produce excellent powerful rhythmic results and unique sound. All supported by an elegant user interface that assists you to be sufficient and able to experiment. The delay plugin allows near endless tweaking, supporting 32 unique delay taps. It is the ideal effect delay plugin for the sound designer, producer, and a composer to fine-tune delays and add dramatic movement.