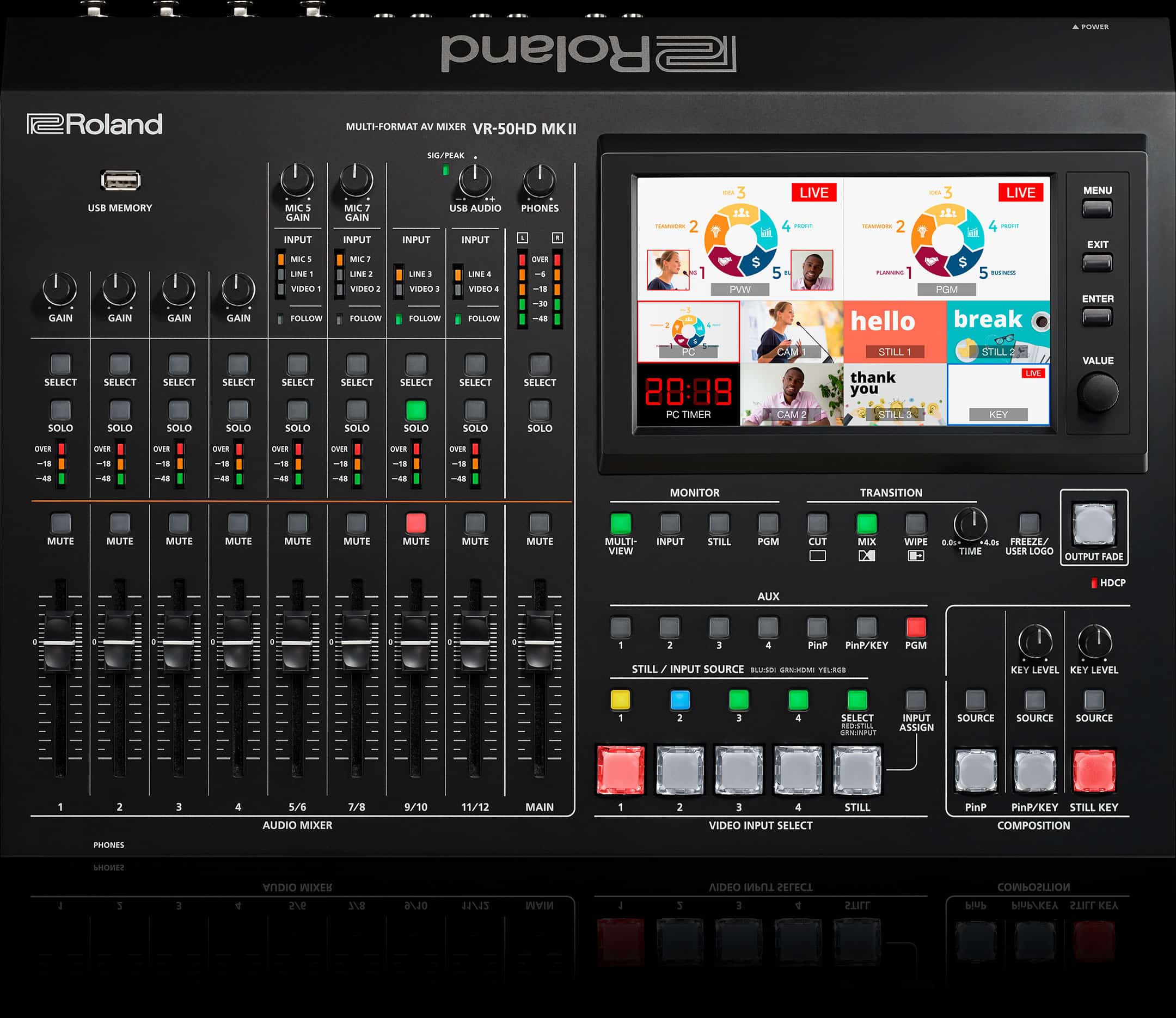 The VR-50HD MK II adds an AUX output to support dedicated confidence monitoring, recording, or streaming feeds while retaining the original VR-50HD’s best-in-class connectivity and flexibility to accommodate a wide variety of event production. Additionally, the VR-50HD MK II features an updated user-interface for trouble-free navigation and setup, enhanced audio quality for even-more professional sounding mixes, control capabilities for select JVC and Panasonic PTZ cameras, and new automation functions such as intelligent automated audio mixing and automated video input switching. Eliminating the need for peripheral devices, the VR-50HD MK II combines a 12-input/4-channel multi-format video switcher, a 12-input digital audio mixer, a multi-viewer touch screen, and an AV streaming output via USB 3.0. The VR-50HD MK II’s assignable, worry-free inputs allow the use of any combination of four SDI and HDMI sources for countless configurations and applications. The new input assignment buttons on the VR-50HD MK II make it easy to use all inputs on the switcher with on-the-fly assignment of inputs to crosspoints on the switcher. The unit’s versatile I/O capability, also including RGB/Component and Composite inputs, accommodates professional cameras, computers, presenters’ mobile devices, microphones, and more.

As live streams, HD recording, and presenter confidence monitoring often have separate visual needs from the main program output, the VR-50HD MK II has a dedicated AUX output available for sending alternate content without affecting the main PGM output. The source for the AUX output can be switched by means of dedicated AUX delegation buttons; any VR-50HD MK II input can be fed to the AUX output independent of the main PGM output. The Mixer Output feeding the PGM output can also be fed synchronously to the AUX output to serve as a built-in distribution amp out. The AUX output is available in HDMI, SDI, and RGB/Component formats. The VR-50HD MK II’s redesigned user interface allows its expanded feature set to be accessed and controlled with ease. The large built-in touch screen multi-view monitor allows concurrent viewing of Preview and Program, of the four inputs assigned to crosspoints, and of four still images (up to four still images can be loaded from USB to internal storage for immediate access). Dedicated broadcast-style buttons give instant access to various functions – no longer is it necessary to drill down into cascaded menus. Each audio path now has its own Solo and Mute buttons.

Professional quality audio mixes for events and live web streaming, including situations where having a dedicated audio engineer is not feasible, is facilitated by the VR-50HD MK II’s new intuitive interface with on-the-fly Auto Mixing of levels and built-in Anti-Feedback. Settings allow certain audio inputs to take priority so that when a presenter speaks, the other audio levels automatically reduce. Audio from input sources can automatically change when you switch video sources with an “Audio Follows Video” operational mode, while a “Video Follows Audio” mode can switch cameras based on who’s speaking into an assigned microphone. The VR-50HD MK II provides a variety of standard audio inputs including XLR/ TRS combo jacks with 48 VDC phantom power, an RCA stereo pair, or de-embedded audio from 3G/HD/SD-SDI and HDMI inputs.

Robotic Pan/ Tilt/ Zoom (PTZ) cameras can eliminate the need for dedicated camera operators while still providing studio-grade broadcast quality. During production, PTZ cameras can be placed in discreet locations thanks to their small size. The VR-50HD MKII can directly control select JVC & Panasonic PTZ LAN cameras, without the need for a dedicated PTZ camera controller or operator. Up to six compatible PTZ cameras can be controlled via a single LAN port.

The VR-50HD MK II is loaded with internal video effects. Keyed video can be placed on picture-in-picture compositions. A still image can be placed on top of the four layers available for composition and effects can be switched on and off at will.
To share events and maximize global reach, the VR-50HD MK II uses the same USB connection technology as webcams. Web-based streaming simply requires connecting the USB 3.0 I/O to a computer or hardware streaming interface; there is no software to download, drivers to install, updates to manage, or restart required. Roland’s free companion VR Capture software, available for Mac or Windows OS, accommodates recording to “web ready” Full HD AV files.

Erica Synths Black Release Schedule for the Rest of 2019 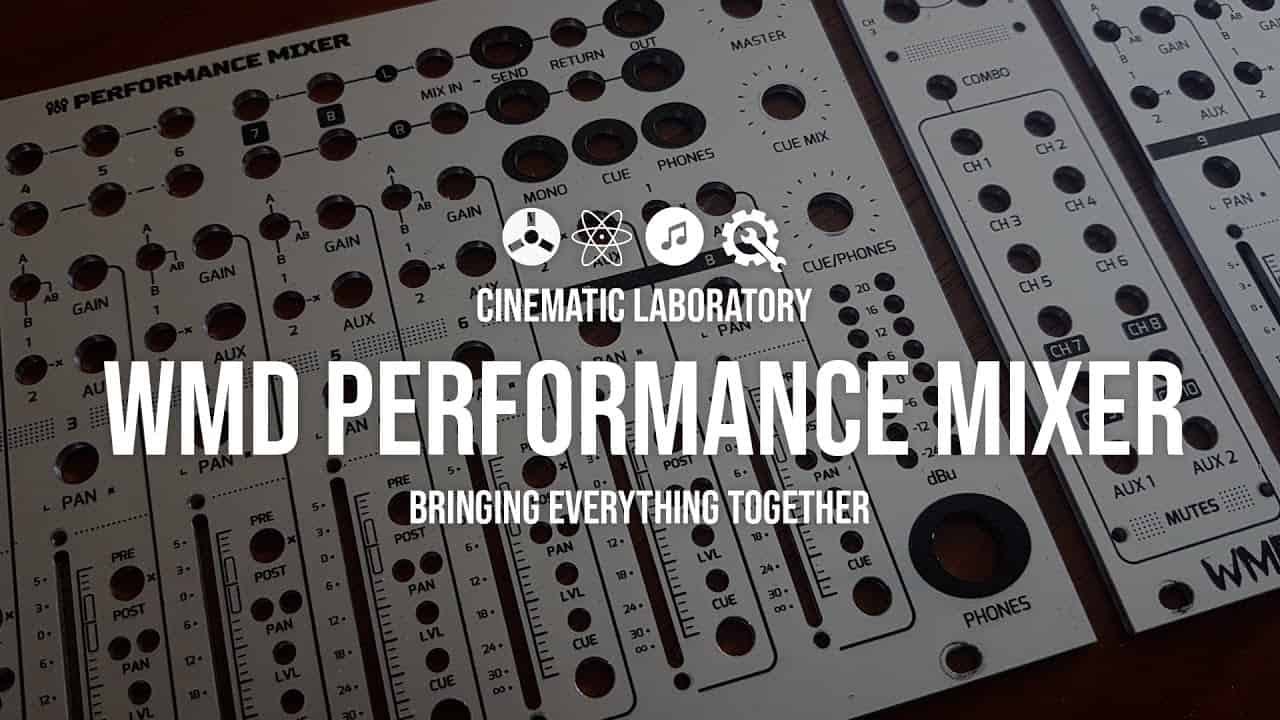 WMD Performance Mixer – Bringing Everything Together

WMD Performance Mixer I had the Performance Mixer lying around for too long because it requires a lot of space. But then I tried to make a case for it, adding all the effects I use most and it really helped to bring all the sounds in my 2×104 HP ‘islands’ together. Also, I couldn’t… 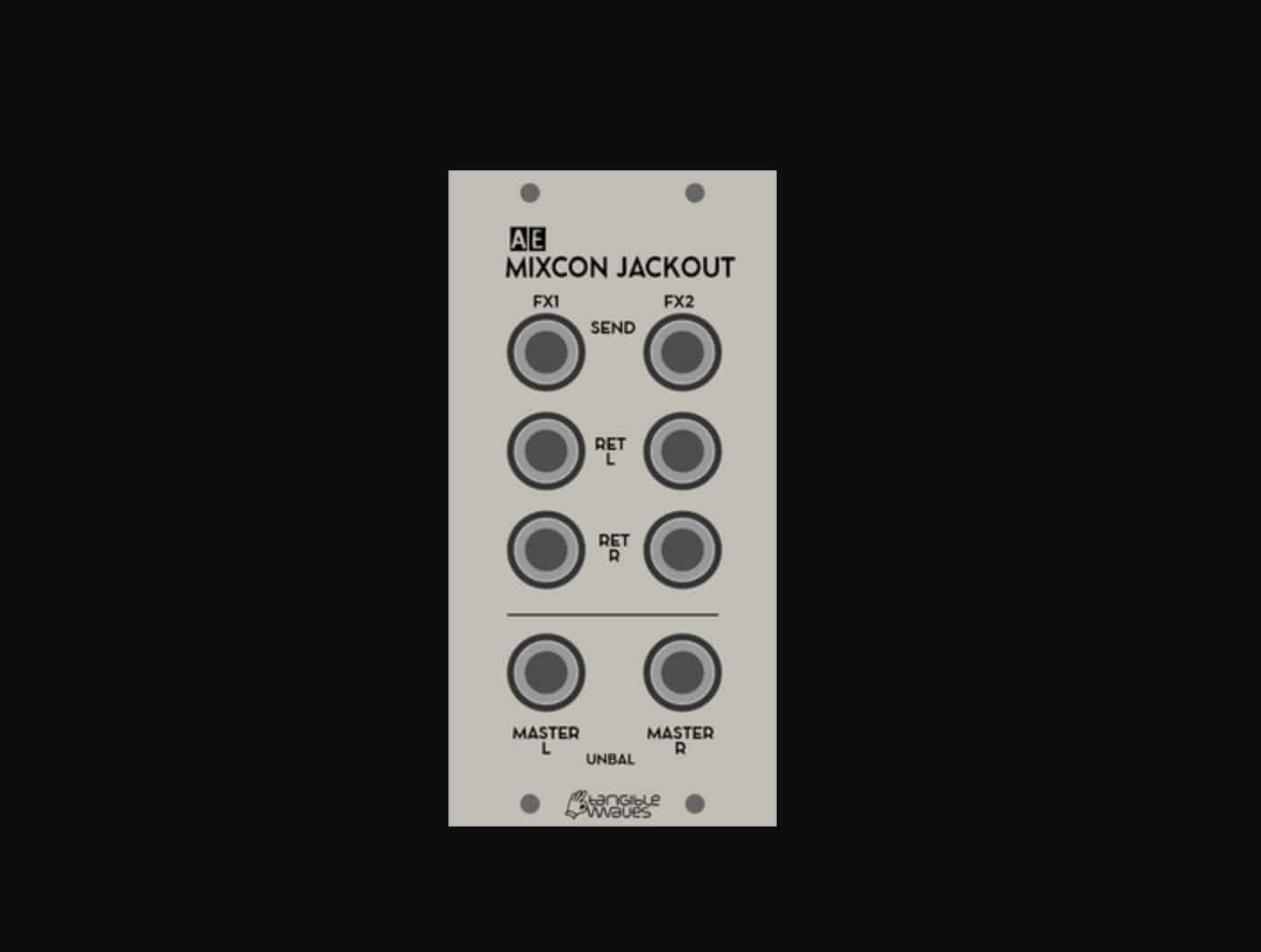 MIXCONSOLE JACKOUT for the AE MIXCONSOLE

MIXCONSOLE JACKOUT a New AE MIXCONSOLE Expansion The MIXCONSOLE JACKOUT is an extension for the MIXCONSOLE with 1/4″ (6.5mm) jack sockets for master left/right output and for the FX send and returns – all via mono sockets (unbalanced). This avoids the need for separate adapter cables. The module is connected via a small internal connection…