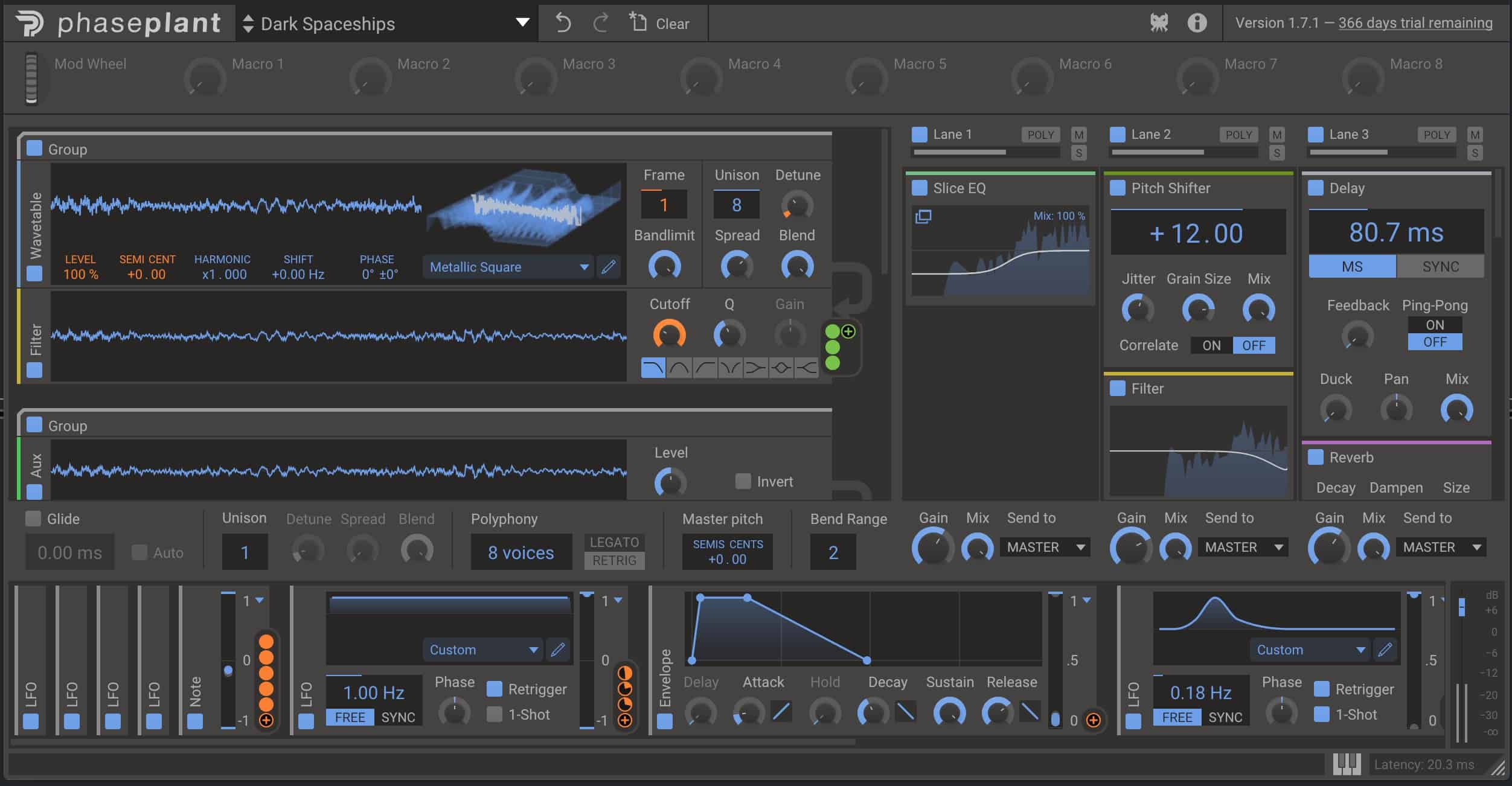 Phase Plant is a modular synthesizer or effect all in one box combining various advanced effects and synthesis techniques. The workflow in a nut-shell: Analog oscillators, samples, wavetables, and a noise generator generates the initial sound. This original sound is then refined, shaped, and treated using any order of snapins included in Phase Plant. You can add envelopes and LFOs as you need them. Next, you route them to almost any parameter to inject some life into the sound.

Phase Plant has now been updated to Version 1.7.3. With this update, Kilohearts addresses a number of bugs. Some of the bugfixes affect the DSP code, most notably of the Sampler module in Phase Plant. If you think you have “taken advantage” of these bugs in your songs you may want to bounce your tracks before updating to this version.