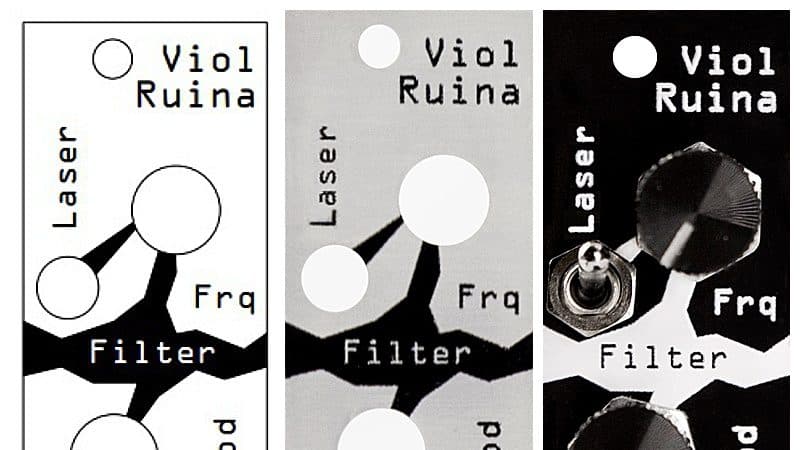 Viol Ruina a resonant lowpass filter and distortion with internal modulation and envelope following. The module is available in black and silver, a small 4HP Eurorack footprint. You can shape the filter resonance, distortion amount and create disruptive vibes.

Its name Viol Ruina both from Latin show its destructive character you can apply to your sound.

Viol Ruina is an all-analog distortion and lowpass filter with an internal envelope follower and self-modulating cutoff. The four-pole design is reminiscent of the classic filters we all know but with a completely new and slightly ridiculous twist. The independently addressable distortion circuit takes VR into overdriven paradise with a shocking amount of drive. Built-in envelope following makes an easy way to create dynamic patches with the flick of a switch, and feedback FM takes VR to a whole new realm of filthiness. Run a sound through VR, you’ll get something cool out of it.

Viol Ruina came into existence as part of the Distortion of the Month series. It all began with a single epic distortion module that was really more of an experiment many years before. That module had something like six distortions on it and was really an experiment meant to get a feel for each individual one. It sounded darker and meaner and more awesome than Noise Engineering could have hoped for.