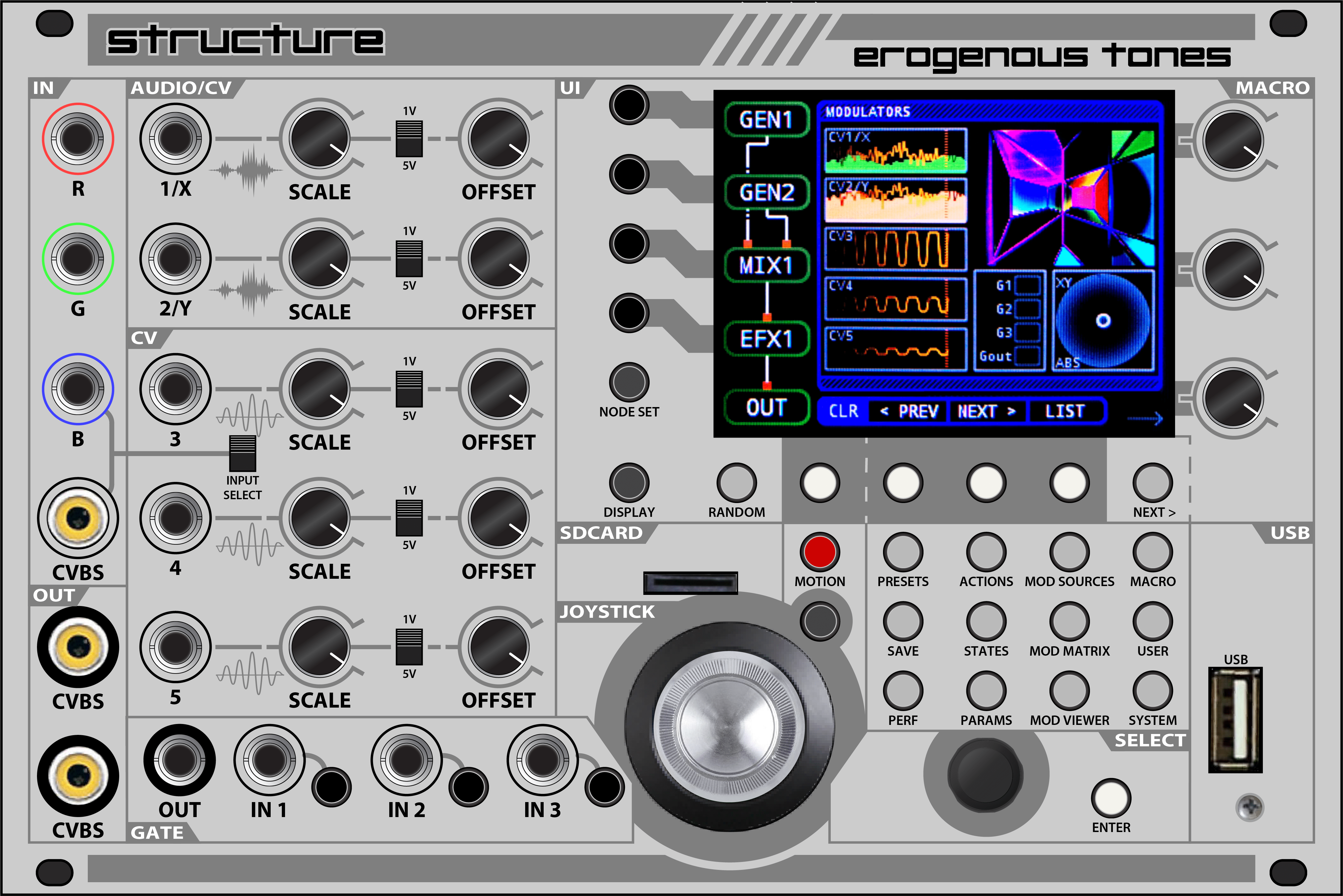 STRUCTURE by Erogenous Tones is a visual generator module that is based inside on an OpenGL GLSL node based platform. STRUCTURE applies the concept of node formations to push visuals within the system. STRUCTURE includes a video input system that you can select between two formats, Composite video or LZX 1V RGB (with sync applied to the rear of the module). The Composite input does full-color decoding. The input video can be mixed through effects, with other generators, effected with audio, etc.  The input video can be NTSC or PAL, 480i.  STRUCTURE auto-detects and converts video inputs.

Erogenous Tones is an audio/video hardware and software company founded by Rick Burnett in 2015 to pursue his passions as an electrical engineer and musician. After being introduced to the eurorack modular format at Moogfest 2012, his interest was drawn towards participation in the modular community – leading him to collaborate with Andrew Morelli and Steady State Fate on his first modular offering ‘GateStorm’, an advanced gate generator module. The mission of Erogenous Tones is the continual development and production of interesting and novel eurorack module designs.

Find the guidance on how to load the Firmware here.