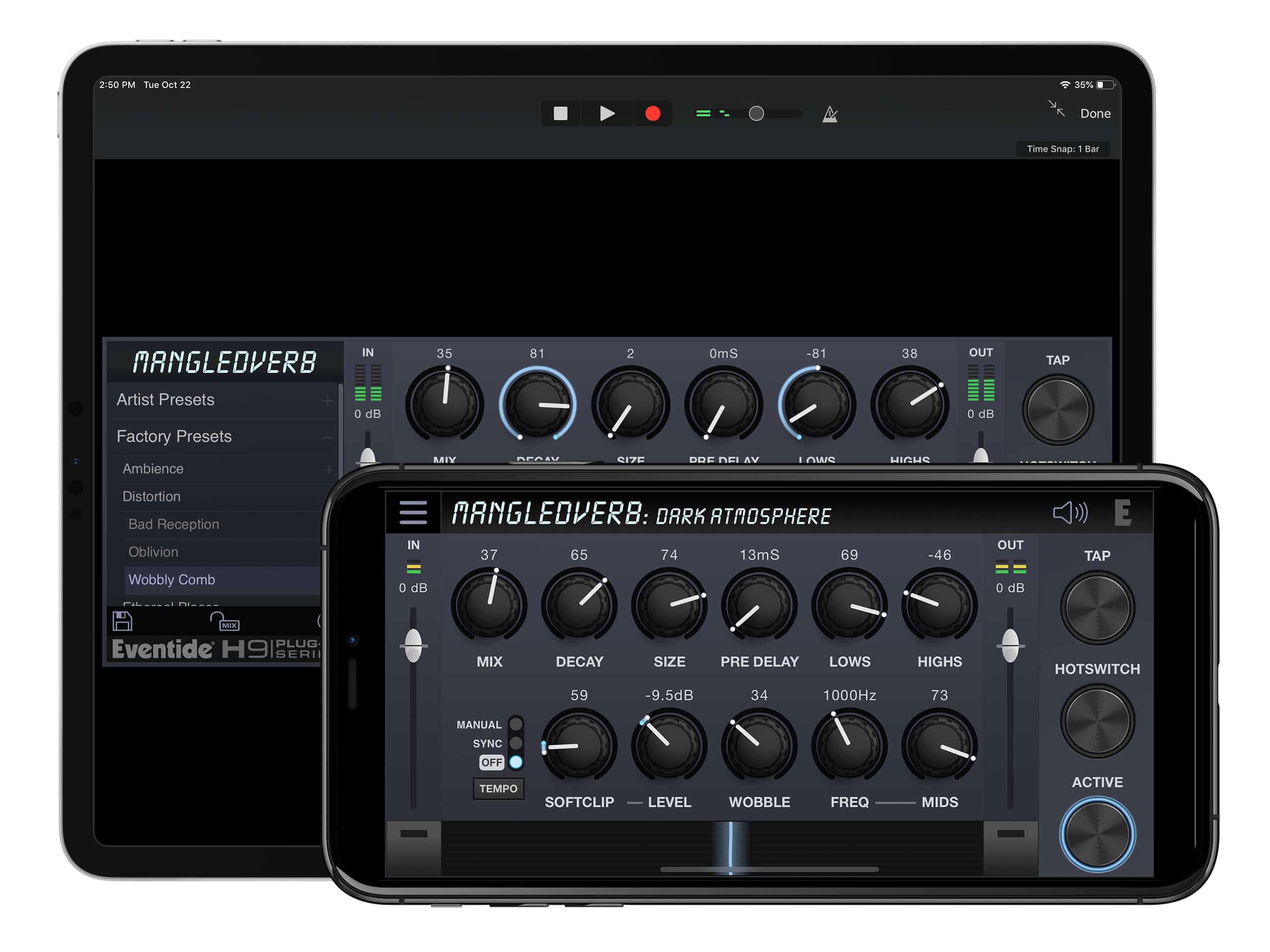 Following hot on the mobile music-making heels of Rotary Mod for iOS released earlier this month, Eventide released MangledVerb for iOS — its unique effect combining a rich reverb and devastating distortion that is capable of creating everything from granular ambiance and moody auras to sound-sculpting mangled chaos.

Thanks to the timely introduction of MangledVerb for iOS, iPhone- and iPad-based mobile music-makers are able to transform instruments and vocals with this classic Eventide effect wherever and whenever their creative muse might take them. After all, guitarists have used it for years, and now anyone anywhere can have it — in the palm of their hand, even — for freedom of mobile music creation. Creatively, MangledVerbTM starts with a variable pre-delay which feeds a stereo reverb into a complex distortion effect. Sonically it can range from the light friction of a bow scraping a cello string to the mayhem of a caged beast being poked with a red-hot flounder!

Like all the H9 Signature Series plug-ins preceding it, MangledVerb — and MangledVerb for iOS, especially — excels in live situations. The ‘Ribbon’ is an innovative control that lets users program two settings for any combination of the controls and seamlessly transition between them. The programmable HOT SWITCH allows anyone to instantly jump to an alternate setting at the push of a button. This combination of controls is as close as possible to the experience of tweaking real hardware.

MangledVerb for iOS is now available for download as an Audio Units AUv3 plug-in, Inter-App Audio, and Standalone app for iPhone and iPad from the App Store for $14.99 USD.