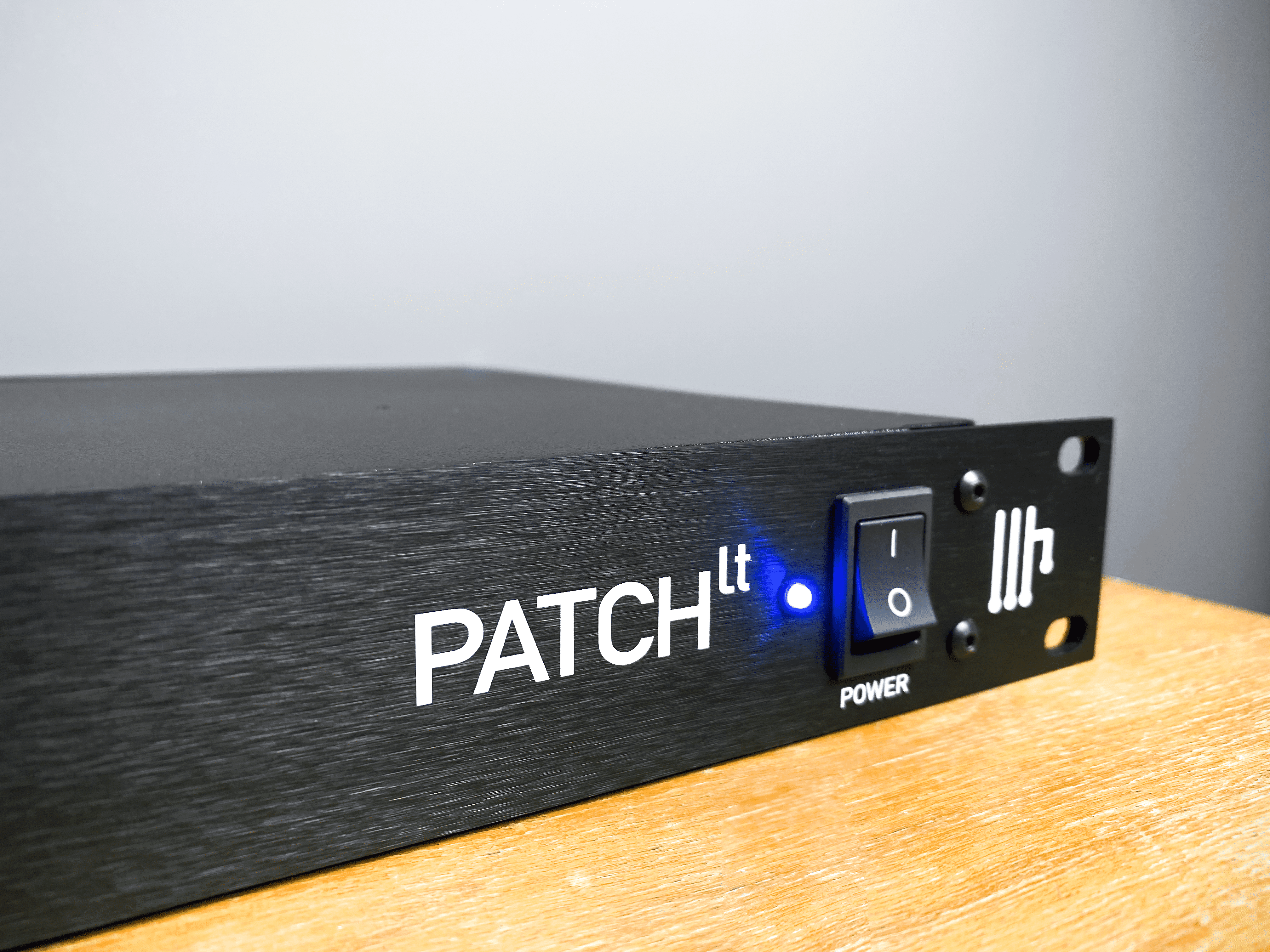 Revolutionary as it incontrovertibly was when turning heads and opening musical minds with a show-stopping showcase at The 2019 NAMM Show, subsequently being adopted by hundreds of audio engineers worldwide with workflows benefitting from a design that just makes sense, today the original PATCH hardware remains revolutionary, beautifully built but simple and sleek in operation. On the face of it, becoming the hub of any studio setup is at its creative core, thanks to 64-point (32-input/32-output) connections via eight standard 25-pin D-SUB connectors allowing analog routing control courtesy of the accompanying MacOS- and Windows-compatible PATCH APP routing software, so users can create, store, and recall complex routings in seconds as well as create complex multing combinations with no impedance issues and no AD/DA conversion with a 100%-analog signal path using Flock Audio’s patented Matrix Technology. Simply speaking, the USB 2.0-equipped hardware works with the software in perfect harmony. Furthermore, Flock Audio sensibly saw fit to also include 32 independent channels of 48V phantom power — and allows or denies the ability to enable 48V on any input connected to the PATCH system, so accidental damage to any costly microphone investment is thankfully avoidable. Additionally, two front panel-positioned TRS/XLR Combo inputs and two XLR outputs for quick hardware, microphone, or instrument integration into the routing system are always available — and all without having to unplug anything already connected to the rear of the rack-mounted unit itself. Moreover, multiple PATCH expansion is perfectly possible for those needing more connections.

Conversely, perhaps, PATCH’s 64-point connection capability could conceivably be deemed overpriced overkill for those whose studio setups are a little lighter on the analog audio hardware front. Fortunately, Flock Audio always aims to accommodate, as evidenced by the timely introduction of its (impending) PATCH LT hardware at The 2020 NAMM Show. Small but mighty sums up PATCH’s perfectly-formed simple, sleek, and spectacular sibling, with just enough I/O to create a musical masterpiece. This time, however, Flock Audio allows access to the analog routing matrix of anyone’s dreams as a 32- point (16-input/16-output) connections-adorned affair featuring four standard 25-pin D-SUB connectors, 16 independent channels of 48V phantom power, and one front panel-positioned TRS/XLR Combo input and one XLR output. Out of sight, out of mind, the same reliable connections that seriously cemented PATCH’s recording reputation so speedily are also built into PATCH LT. Indeed, it includes the same external five-pin 24V DC power supply with IEC cable and 10-foot USB 2.0 (USB-A to USB-B) cable. Conveniently, it also works with the same PATCH APP routing software — relatively recently upgraded to instantly identify the connected PATCH hardware model, meaning quick creation, storage, and recall of complex routings as well as creating complex multing combinations with no impedance issues and no AD/DA conversion with a 100%-analog signal path using Flock Audio’s patented Matrix Technology remains the same. Should that smaller studio setup grow, then multiple unit expansion with any PATCH model is perfectly possible, so no need (necessarily) to trade up!

Ultimately, of course, more serious studio setups more often than not have more serious patch bay routing requirements. Really representing everything that is great about PATCH… expanded, PATCH XT packs 192-point (96-input/96-output) connections via 24 standard 25-pin D-SUB connectors into a 3U eye-catching casing that means business but also acts as a reminder that analog routing need not be be the ugly part of audio production! Put it this way: with 96 independent channels of 48V phantom power, lockable USB 2.0 connector with included 10-foot USB 2.0 (USB-A to USB-B) cable, more room to house an internal power supply with included IEC cable, cooling-without-compromise redesigned airflow, and (optional) CAT5 Ethernet host control for bridging longer distances between the hardware unit itself and the PATCH APP routing software host, PATCH XT is extra extraordinary! And as if this is not enough to keep the most serious studio owner seriously satisfied with Flock Audio’s ultimate development of the world’s most advanced digitally- controlled, 100%-analog patch bay routing system allowing anyone to easily control analog audio routings without having to resort to the use of manual patch cables, multiple unit expansion with any PATCH model is also available.

PATCH LT is scheduled to ship in Summer 2020 with an MSRP (Manufacturer’s Suggested Retail Price) of $1,499.00 USD — pricing subject to change without notice.

PATCH XT is scheduled to ship in Winter 2020 with an MSRP of $9,999.00 USD — pricing subject to change without notice — through Flock Audio’s growing global network of authorized dealers or online directly from Flock Audio itself.