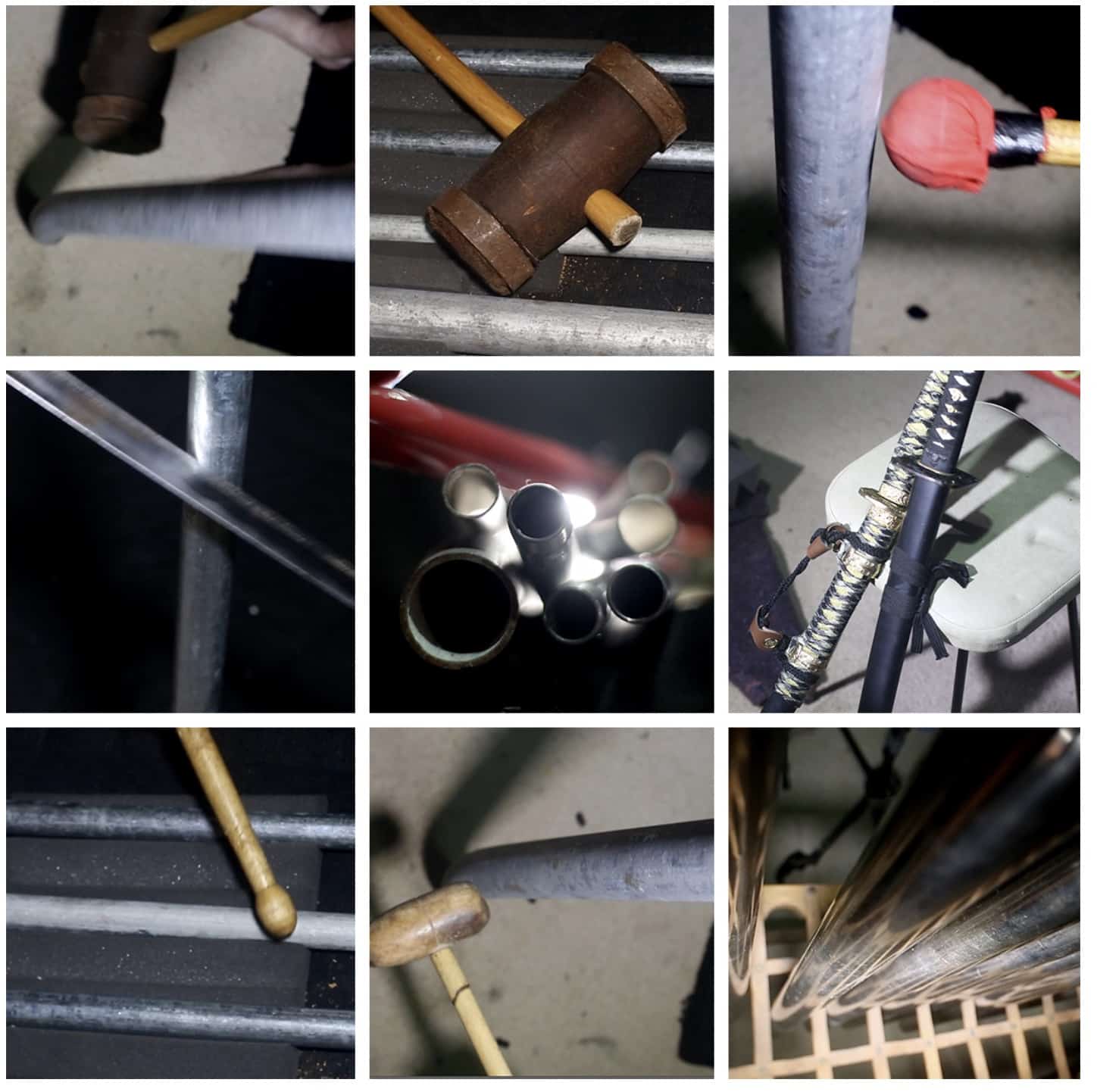 Tim Prebble running HISS and a ROAR released RESONANT PIPES a recording many different percussive articulations (damped, free) Tim Prebble started to explore more unusual means of generating sound with them, all the while reminding him he does not own these.

A few years prior Tim Prebble had also bought a small set of tuned aluminum pipes and was always impressed by their rich harmonics and overtones, so after recording chromatic articulations as well as sound effects with both sets of tuned pipes Tim Prebble set about putting together a range of industrial pipes.

Freed from concerns of damaging beautiful musical instruments meant experimenting with more extreme articulations was possible, resulting in a collection of high resolution sounds that are equally useful for practical sound FX and as music/design elements.

It must also be one of the worst-kept sound design secrets that resonant pipes are the invaluable source material for sword sound FX design, accordingly, we captured a range of sword hits and scrapes, characterful complex metal impacts, chime and bell-like sustaining tones that range from tolling bells through sweet harmonics to dissonance.

Check out the preview sounds and Making Of video to hear some examples.

Review of FRQ Shift by TONSTURM