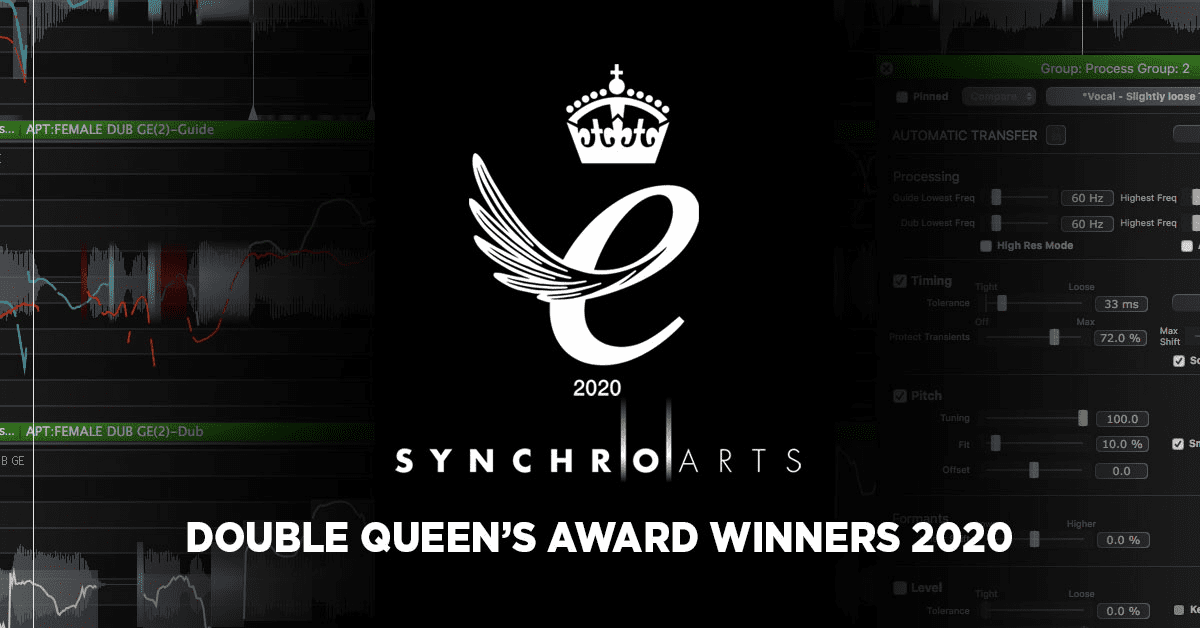 Synchro Arts, the makers of VocALign and Revoice Pro, are one of only four UK companies to win two 2020 Queen’s Awards for Enterprise.

One for Innovation and the other for International Trade. The Queen’s Awards celebrate the success of exciting and innovative businesses that are leading the way with pioneering products or services.

A core benefit resulting from innovations delivered by Synchro Arts is that vocal alignment and pitch correction tasks which would have taken hours of manual editing can be performed in minutes or in some cases, instantly.

Their first product VocALign was released in 1995 and is now the world’s number one audio alignment plugin. Then in 2012, Synchro Arts launched Revoice Pro, their flagship vocal production software which offers not only timing and pitch adjustment across multiple tracks, but advanced tuning and vocal doubling too.