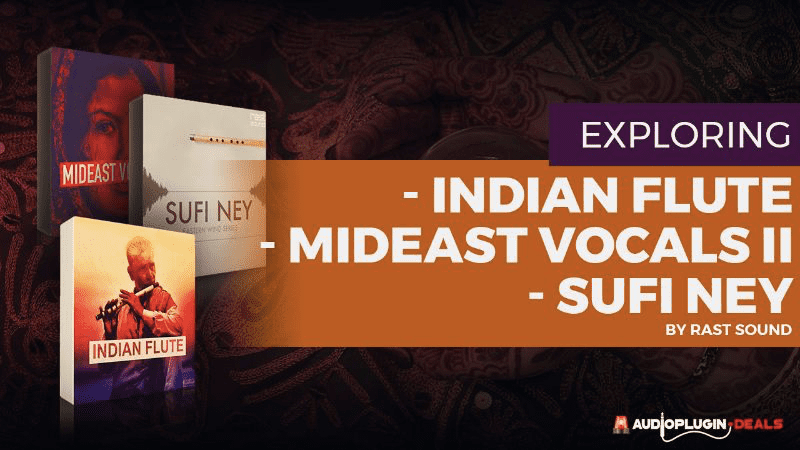 Audio Plugin Deals added great new ethnic Kontakt libraries from Rast Sound to their webshop. They share their exploration recently which we now can share with you.

Indian Flute (Affiliate Link) contains both solo playable instruments with sustain, staccato, and legato as well as tons of patterns and phrases. The addition of the sustain/legato patch assures that you can write your own melodies with the instrument. There’s also something special about the Indian Flute (Affiliate Link) phrases and patterns, as they capture a true, authentic performance and sound amazing.

Again Sufi Ney (Affiliate Link) as it includes a solo playable instrument with sustains/legato as well as phrases and patterns, think about amazing some very long improvised phrases.

Mideast Vocals 2 (Affiliate Link), which has a few different solo vocal patches with males and females covering various singing styles, as well as a meditative ensemble patch.  Mideast Vocals 2 (Affiliate Link), includes a vast collection of phrases and patterns and improvised singing, chants, and speech, to add new life and color to your compositions.

All the libraries require the Full Version of Kontakt to run, BUT, they also include raw WAV files of every sound, so you can use them even if you don’t own Kontakt Full!