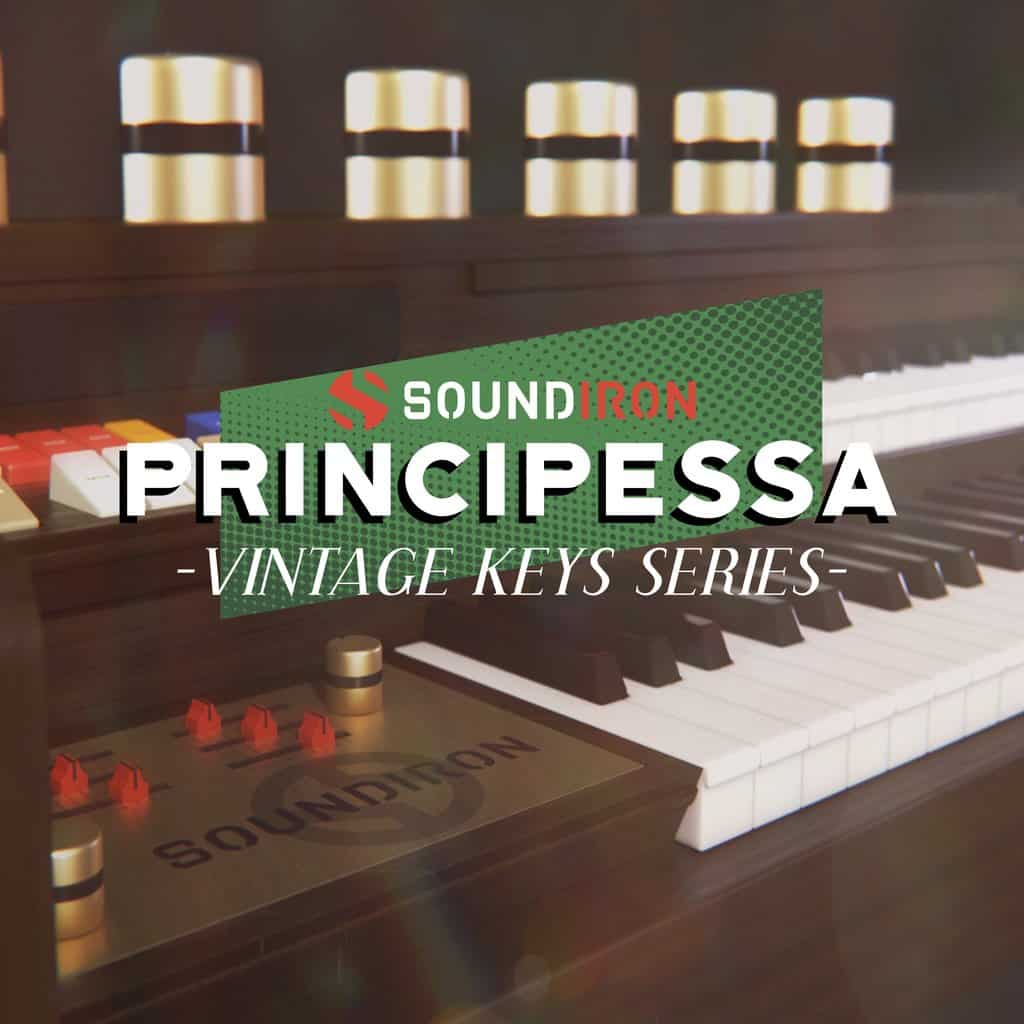 Principessa is the newest addition to Soundiron Vintage Keys Series. Soundiron’s library captures the vintage and classic sound of the very rare “Princess” organ. This 2-tiered electric organ has a rich analog synthesizer tone with a creamy low and mid-range and soft rolled-off highs.

Principessa was recorded in a dry studio using a pair of Neumann TLM 103 large-diaphragm microphones. We recorded its stock presets with sustains and staccato samples for each key. The included octave, vibrato, and FX rack give you an easy-to-use interface to completely customize and shape its fat analog sound to fit a variety of creative styles.

Principessa was recorded by Itai Matos. Matos is a music technologist and a sound designer based at Tel-Aviv Israel. Matos is responsible for the sound design of some of the leading commercial productions in Israel. Many of these projects received great exposure and publicity when entering into leading radio station playlists, and primetime TV
spots. After his role at Waves audio as a product manager, Matos began creating interactive sound systems such as App-based instruments, virtual instruments, adaptive music for games, intelligent sound for sports broadcast, and accessible apps for the visually impaired.

Matos worked with leading brands such as SoundIron, 8Dio, Waves Audio, Natural intelligence, Baby Toons, BeachBum Gaming, Israel Museum of arts, and more. Through this understanding, a unique sound develops which expresses an internal world and becomes a musical signature. Each production is comprised of dedicated creative processes that affect the whole journey, starting from the arrangements, through recording techniques, finding specific sound/feel and working with great gear.