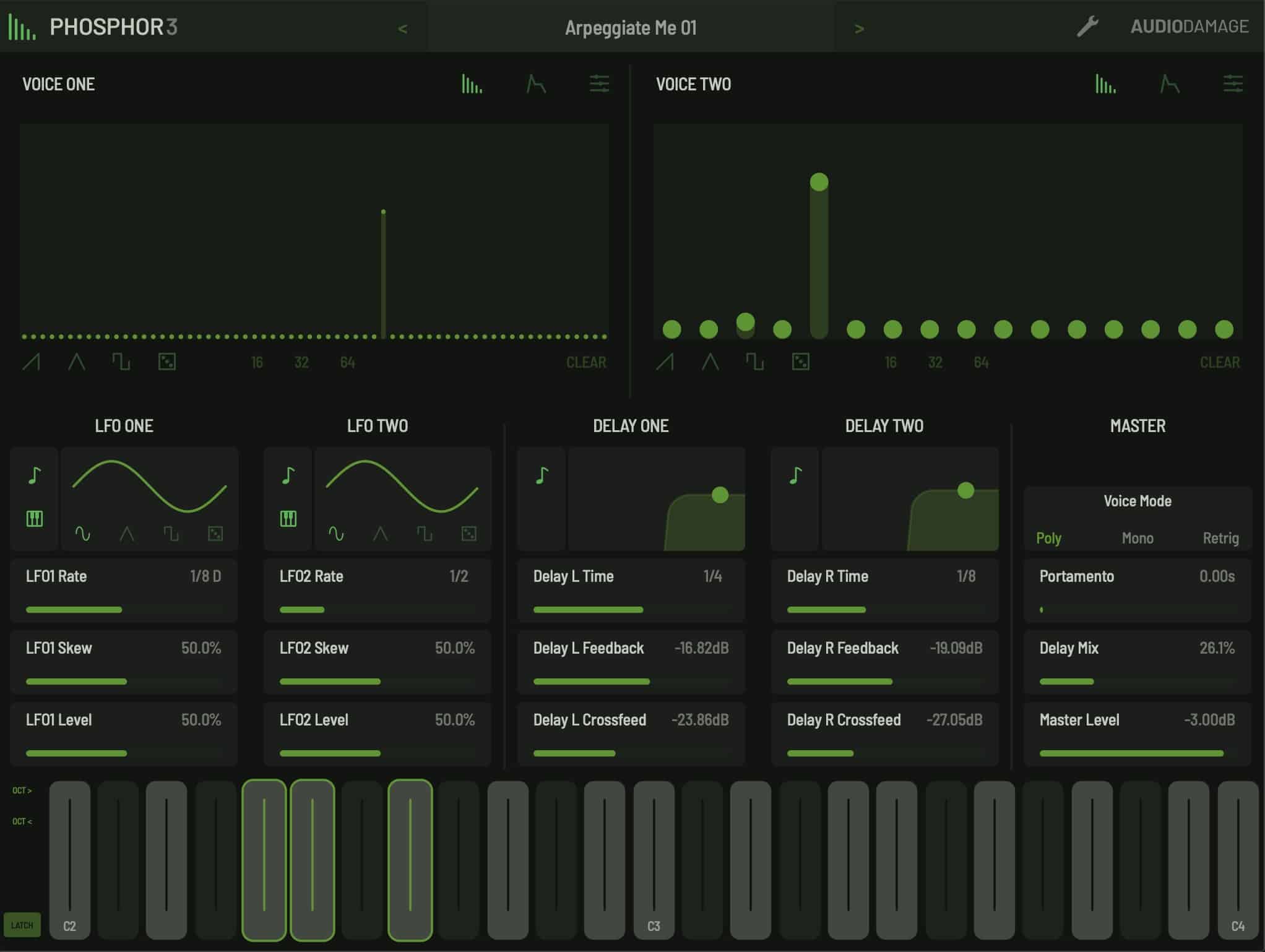 Audio Damage updated Phosphor to V3, and if you own Phosphor 2, you may now download Phosphor 3 from your account. For desktop users, this is a free update. iOS Phosphor 2 owners can upgrade to Phosphor 3 for $3.99. (There is no way to do a crossgrade in the App Store, unfortunately.)

Rather than mimicking the small number of wave shapes available from the oscillators found in analog synthesizers, the alphaSyntauri’s oscillators used tables of numbers—essentially samples of a single cycle of an audio wave. The tables are filled using a process known as additive synthesis. The basic idea of additive synthesis is that any sound wave can be created by adding together many sine waves of different frequencies. Each sine wave has a pure sound with no harmonics, but if you add a bunch of them together you can create complex sounds. If you use enough sine waves, and if you control their relative loudness precisely over the duration of a note, you can recreate just about any sound. For an in-depth explanation of how this works, see http://en.wikipedia.org/wiki/Additive_synthesis

Since the alphaSyntauri was limited by the computational power available in its day, it took a relatively simple approach to additive synthesis. Each oscillator’s wave shape was created by adding together 16 sine waves, which we’ll henceforth refer to as partials. The wave shape could not change over the duration of a note, but each oscillator’s overall loudness was controlled by a separate envelope generator, and hence the timbre of the note could
be varied by mixing the two oscillators dynamically. Phosphor reproduces this system faithfully and adds several tricks of its own.

Phosphor 3 is a separate plugin, and will not replace Phosphor 2 in existing sessions. However, it has the ability to load Phosphor 2 presets, so your existing work is safe.