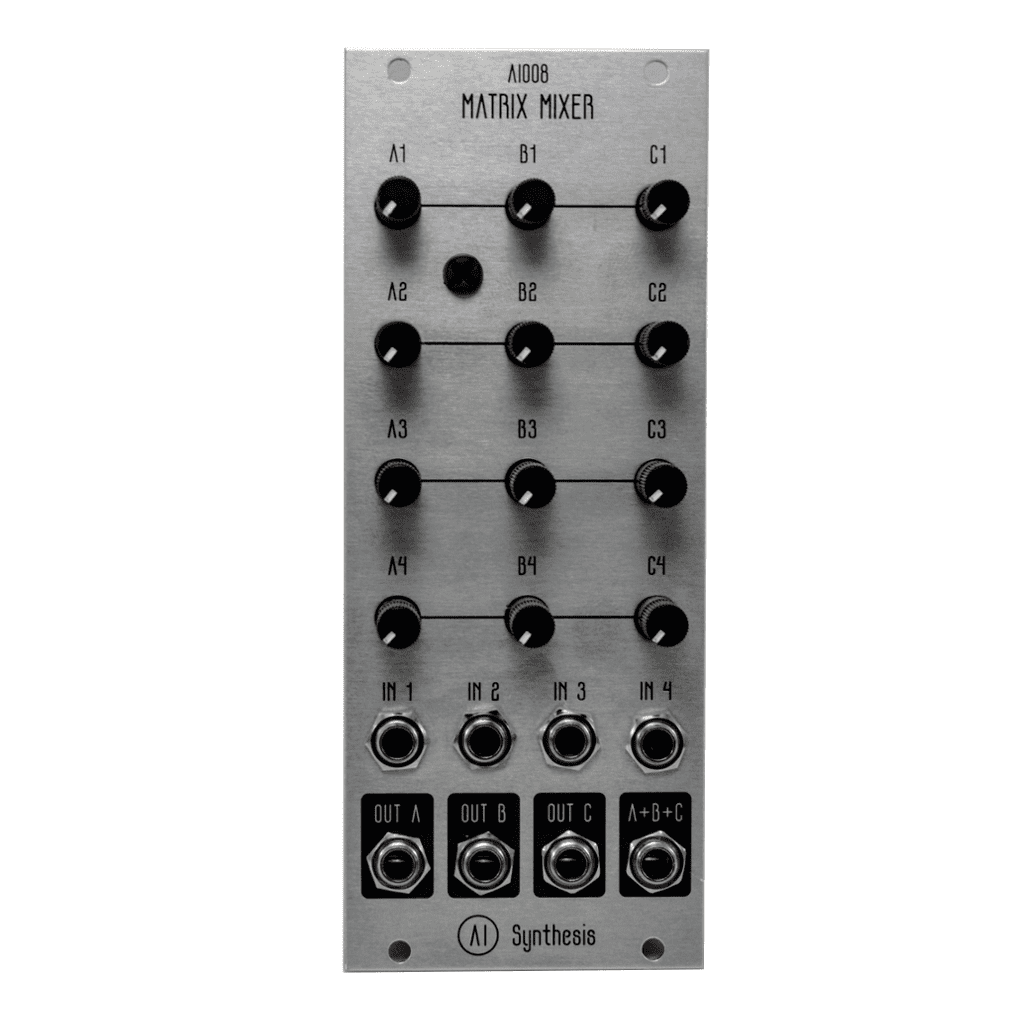 The Matrix mixing by the AI Synthesis module accumulates the four inputs and adds everything in a row. You can route your audio (or DC) there or mix elements from another row. So you get 4 mixtures the easiest possible way. The AI Synthesis version offers a mix of all signals as the fourth output.

AI008 Eurorack Matrix Mixer supports buffered and DC-coupled signals. It can be used to mix both audio and CV signals to multiple outputs, or at the combined output. Run fx back into themselves. Feedback the waveform of an oscillator into it’s PWM. Create interesting sequences by distributing CV. The AI008 Eurorack Matrix Mixer supports four in and out signals that can be mixed.

The AI008 Matrix Mixer is an active, Four In, Three Out matrix Mixer with a summed output. The AI008 can be used to route any of the inputs to any of the outputs. This allows for the creation of feedback patches and another interesting routing, in addition to powerful “regular” signal routing. Common uses include mixing effects outputs into their inputs in order to create drones (or just good old fashioned feedback), mixing oscillators into their own PWM or FM inputs, modulating voltage controlled LFOs, and other modulators into themselves, and other feedback patches. The AI008 Matrix mixes is a powerful way to expand any system!

The Eurorack AI008 Eurorack Matrix Mixer is available as a build and tested Module or DIY Kits – Available are Built and Tested, Full Kit, PCB, PCB, and Panel. The DIY Matrix Mixer build guide may help you to decide which version to obtain.