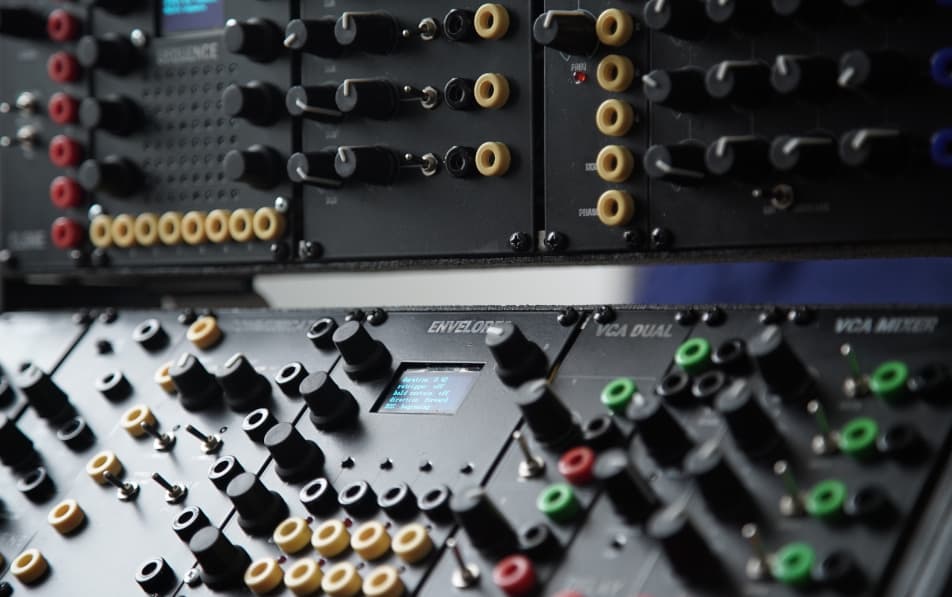 3dPdModular is a modular synthesizer system running on a single Raspberry Pi mini-computer and a Teensy microcontroller. 3dPdModular utilizes minimal components since all the hard work of the entire system happens inside the Pi.

3dPdModular sets a new approach to modular synthesis. It is an open-source plug-and-play modular synthesizer system running on a single Raspberry Pi computer (3 or 4), programmed in the Pure Data environment (although no programming skills are required)! It includes all standard modular synthesizer features, like oscillators, filters, envelopes, etc. but offers a range of unique features like saving patches to your phone via our mobile app, cloning modules, cross-fading between patches, generic modules that can be programmed by the user, and many more!

SEQUENCE, an 8-track step sequencer with up to 64 steps and three different types per track (CV, trigger, or ADSR). Its control interface is simple and intuitive balancing between flexibility and ease of use. You can also save your sequences and recall them whenever you want.

ENVELOPES, a four-channel AHDSR envelope generator with separate settings per channel, manual or CV triggering, as well as End-Of-Stage output. Like the SEQUENCE, you can save as many envelopes as you like and recall them any time.

CLONE, which clones other modules up to 8 times! It is capable of cloning single modules or sets of inter-connected modules (e.g. an oscillator connected to a VCA). It provides a very intuitive and powerful interface for creating polyphony without needing to acquire the equipment that is being cloned multiple times!

COMMUNICATE, a module enabling communication with other hardware in four different ways, MIDI 5-Pin Din, MIDI USB, OSC (via Ethernet), and raw serial (e.g. an external Arduino). MIDI messages can be either clock or note so you can either sync your modular to your DAW (or other hardware), or connect a MIDI keyboard and use it to play melodies! OSC enables communication with other applications (e.g. control the synth from your phone OSC app). Finally, raw serial enables you to connect external micro-controllers like the popular Arduino and use various sensors to control your synth!

GENERIC series of four different modules that include a template of the system interface so you can program your own modules!

Even though the entire system runs on a single Raspberry Pi, 3dPdModular is a fully fledged modular system that functions like any other known modular system. In addition to that, it benefits from the fact that it is an integrated digital system, providing a set of special features that analog systems don’t have. Some of these features are:

3dPdModular is a synthesizer that runs on a Raspberry Pi micro-computer. The computer needs to boot up and launch all the necessary applications for the system to work. This takes approximately half a minute. Remember that this synth runs on a computer, so it’s best to first shut down the computer and then power off the system. Even though you’ll probably damage anything by just unplugging it, it is recommended that you use the main button found in the Main module, to shut down your system properly.

Alexandros Drymonitis started a GoGetFunding campaign to get funding. GoGetFunding is a crowdfunding website that lets you raise money for anything that matters to you. Some of the higher price tiers of the campaign do NOT include a Raspberry Pi computer or a power cable if you spend 1125.00 or More that is a bad marketing move.