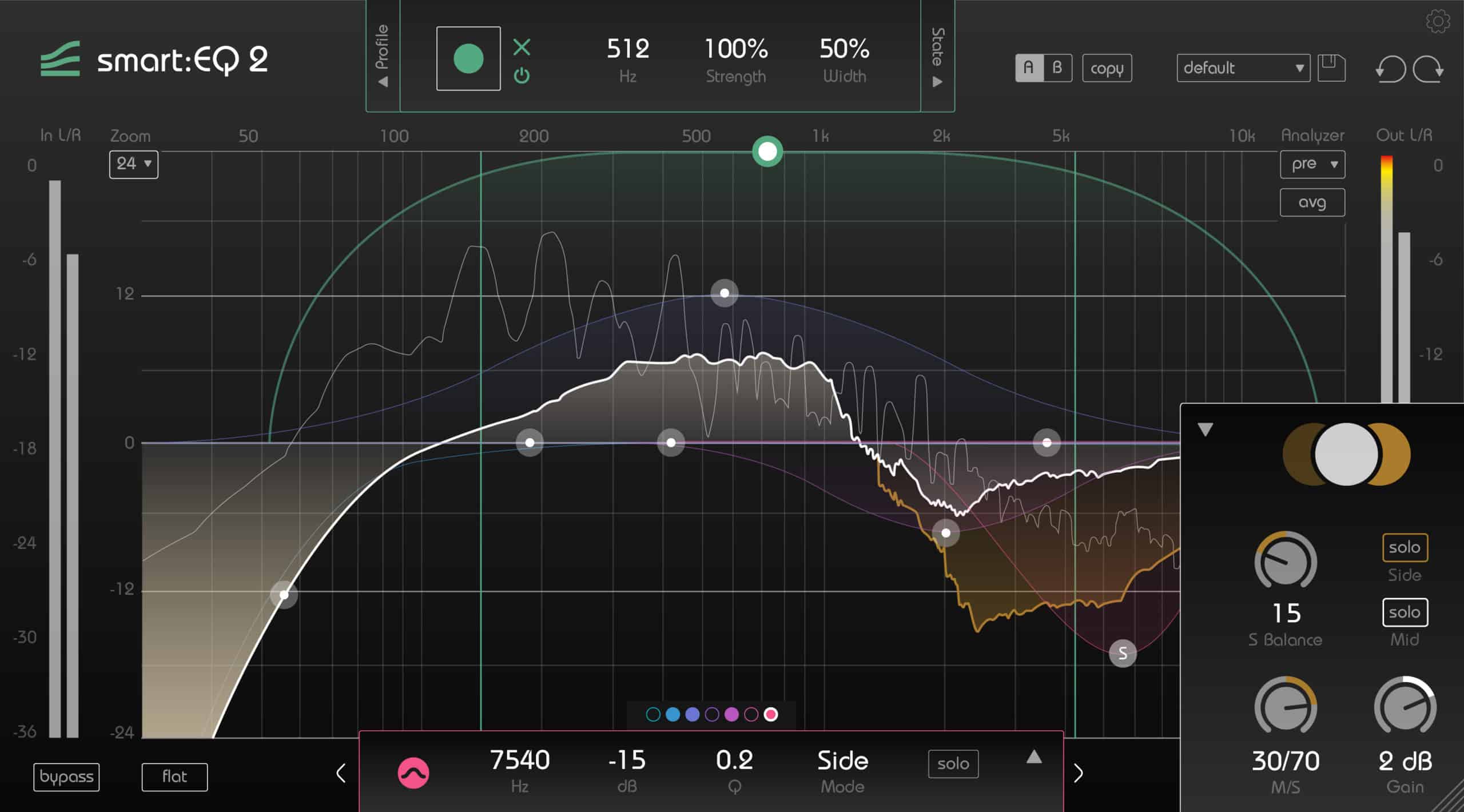 smart:EQ 2 enhances the detail, clarity, and transparency of your mixes after only a few tweaks. Experience a mixing workflow faster than ever before. smart:EQ 2 analyzes your audio material and generates a custom filter curve to create a natural-sounding tonal balance. Add clarity to your mixes, more punch to single tracks or carve out the harsh parts of your vocal recordings – in seconds and with unprecedented precision.

With smart:EQ 2, sonible offers a multitude of new functions while simultaneously increasing the usability of the plug-in. In close cooperation with the support team, feature requests by users were analyzed and integrated into the new product design. After intensive beta testing, the developers optimized the GUI for a smooth studio workflow. The result is a go-to EQ for any mixing or mastering task.

After years of working in the recording arts and live sound engineering sonible decided to simply build the tools, we wanted ourselves. They are turning the latest scientific discoveries, our practical insights, and technological know-how into dependable and efficient tools that simplify your workflow.

The sonible team’s goal is to enable human expression and interaction through sound. Instead of them struggling with technological means, sonible wants to help people convey their ideas and sonic visions by building bridges between theoretical science and sonic creation.

The company user-centered technology is built for sound engineers, musicians, and anyone who is involved in the process of generating or reproducing audio content.

Get the new update of smart:EQ 2 now! sonible added new profiles like drums, vocals/speech male and vocals/speech female, and did various optimizations.