Music Theory Through the Lens of Film by Frank Lehman 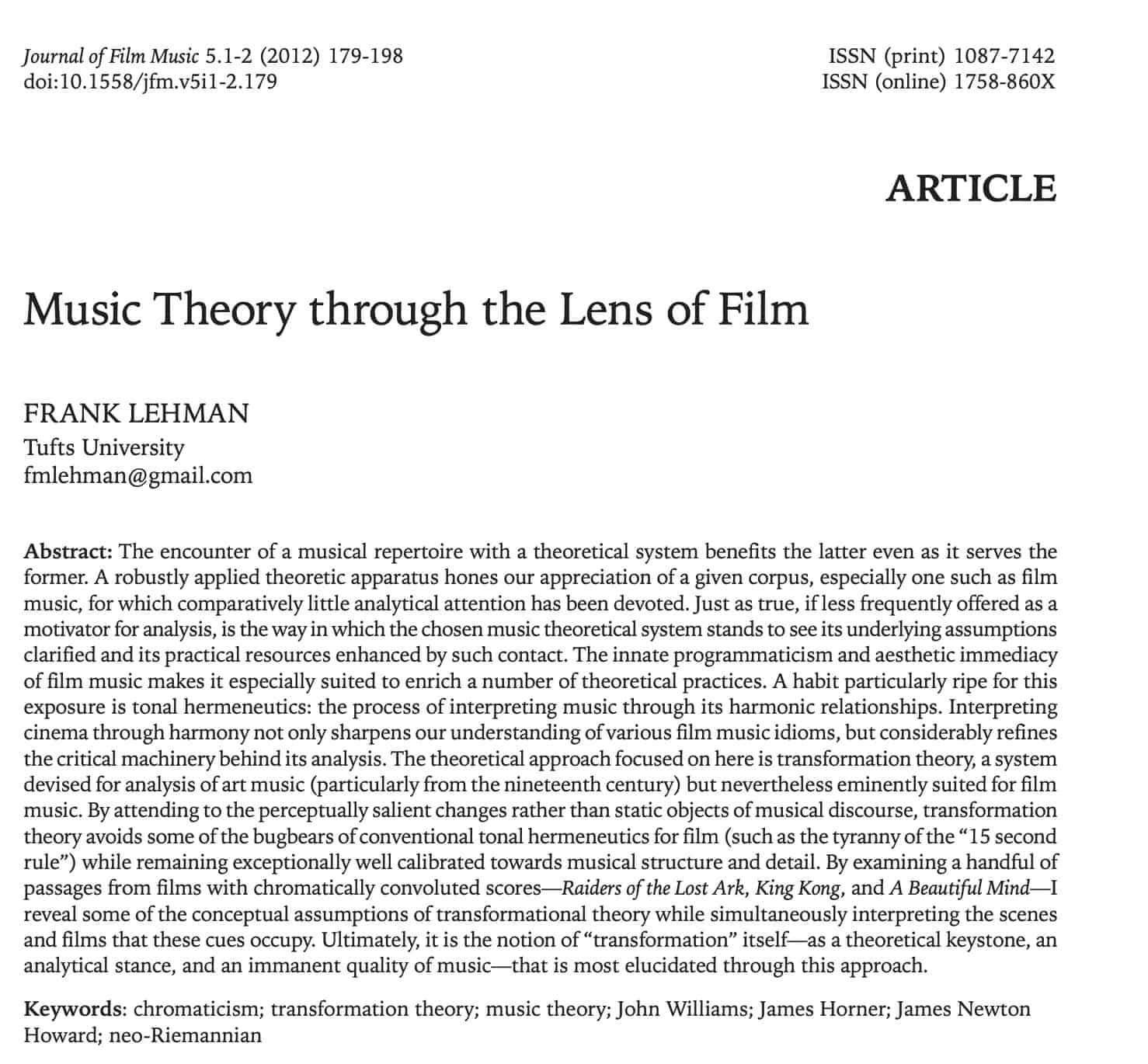 Frank Lehman’s Paper Music Theory Through the Lens of Film

The encounter of a musical repertoire with a theoretical system benefits the latter even as it serves the former. A robustly applied theoretic apparatus hones our appreciation of a given corpus, especially one such as film music, for which comparatively little analytical attention has been devoted. Just as true, if less frequently offered as a motivator for analysis, is the way in which the chosen music-theoretical system stands to see its underlying assumptions clarified and its practical resources enhanced by such contact. The innate programmatic and aesthetic immediacy of film music makes it especially suited to enrich a number of theoretical practices.

A habit particularly ripe for this exposure is tonal hermeneutics: the process of interpreting music through its harmonic relationships. Interpreting cinema through harmony not only sharpens our understanding of various film music idioms but considerably refines the critical machinery behind its analysis. The theoretical approach focused on here is transformation theory, a system devised for analysis of art music (particularly from the nineteenth century) but nevertheless eminently suited for film music. By attending to the perceptually salient changes rather than static objects of musical discourse, transformation theory avoids some of the bugbears of conventional tonal hermeneutics for film (such as the tyranny of the “15-second rule”) while remaining exceptionally well-calibrated towards musical structure and detail.

By examining a handful of passages from films with chromatically convoluted scores—Raiders of the Lost Ark, King Kong, and A Beautiful Mind—Frank Lehman reveals some of the conceptual assumptions of transformational theory while simultaneously interpreting the scenes and films that these cues occupy. Ultimately, it is the notion of “transformation” itself—as a theoretical keystone, an analytical stance, and an immanent quality of music—that is most elucidated through this approach.