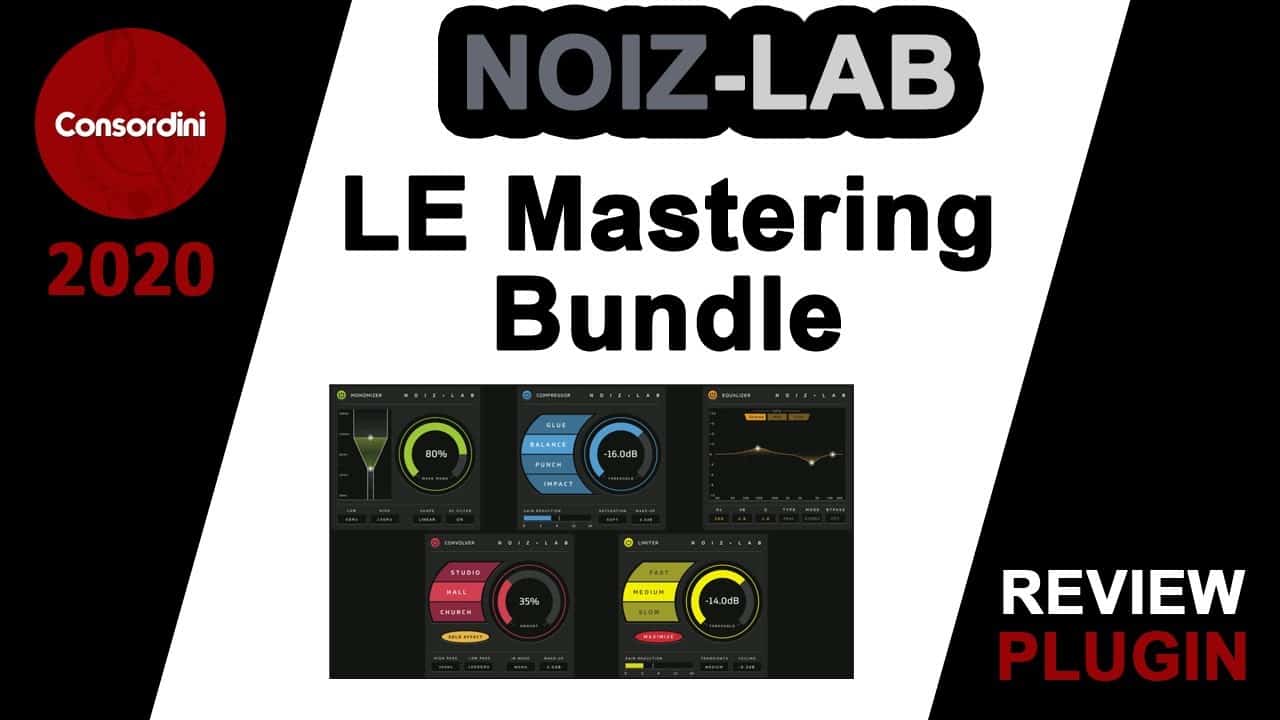 In this video, we will take a look at a great free mastering plugin bundle from Home Studio Mastering, the Noiz-Lab LE Mastering Bundle.

The bundle includes five different plugins alongside a master program in mixing.

he five plugins include a monomizer, an equalizer, a compressor, a convolver and a limiter. These five make the full Noiz-Lab LE bundle.

The Noiz-Lab LE Mastering Bundle by Home Studio Mastering was released as an educational tool, to help people really tackle mastering. It is built as a one-hour mastering workshop, going over the listed plugins to teach the workflow and reason behind the plugins.

Moving on to the Equalizer, the course covers the tonal balance of the mix, so it can actually transfer over to different audio systems with the least amount of variety and in general, keep the mix consistent and tight.

Following on to the midpoint and the third step of the course, you encounter the compressor, this makes the mix predictable and consistent, the dynamics are stable and nicely there for you to work the final steps with it.

The LE Noiz-Lab continues on with the Convolver, having a compressed and cleaned up the mix, we can finally start adjusting the tonal dynamics ourselves.

And once we have a nice and dynamically assorted mix, you get to move on to the Limiter, which is the final step in the mixing process. Using the limiter, you try to maximize the volume of the track and retain transients.

So going over the entire mix and what the plugins do once more, the Monomizer is there to remove DC offset and make the low-end stereo image tighter and cleaner.

The Equalizer optimizes the tonal balance and improves the stereo image. The Compressor allows you to further control the dynamics and add character to the mix.

The Convolver creates depth and further adds character to the mix.

The Limiter, as already mentioned, optimizes loudness and preservers the transients of the mix.

And this rounds up the basics of mixing and the overview of the five mixing tools included in the bundle.

The Free Noiz-Lab LE Mastering Bundle stands as an educational tool in educating and introducing new producers and engineers on how to mix and properly treat the final mix of their or their clients, friends songs.

It is a wonderful resource like nothing else in the market, coming in a very wonderful, free package, with plugins that do not disappoint.

These effect plugins are there for educational porpuses, but even putting that aside they stand as very effective and great looking plugins that will stand as a very wonderful stand-in before moving on to plugins that people will individually choose at their own time, but this is a very great start. J. D. Young has created a wonderful resource for beginners to break the taboos of the world of mixing and gracefully introducing growing talent into the world of music.

It being free, even if you have some knowledge about mixing, it is worth a refresher and trying out a nice set of plugins with a nice program alongside it.

This program is great and the plugins even better, this is not only a great program to dip your feet into mixing, it is also a great set freeware plugins that will do all of the work you need in a mixing setting and will be a great addition if you want to find some nice and minimalistic mixing plugins to work with.