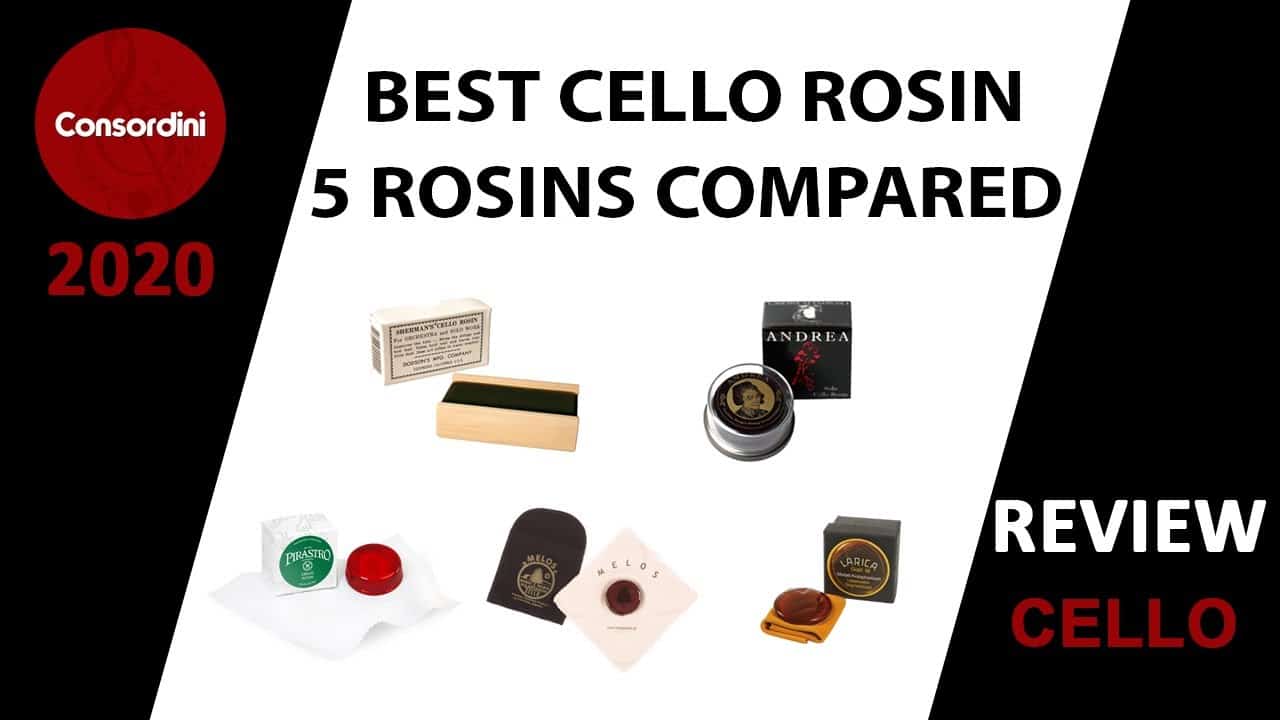 Thanks for watching our video on which cello rosin is best! Rosin is a crucial part of cello playing – you can’t get any sound from the bow without it!

In this video we review five of the most popular rosins on Amazon, covering the cheapest to most expensive there is.

Rosin is one of those things you may never have thought of before learning cello. However, at least it’s one of the cheapest components of the instrument!

Let’s talk about why it’s so important, then get into the rosins we reviewed.

Rosin has a similar name to resin, and for the same reason: it comes from tree sap.

Little hooks in the hairs of the bow are not enough on their own to pull the strings, but when rosin is applied to the hairs, the hooks retain the rosin, and the rosin is actually what tugs on the strings, producing the sound.

Differences in rosin can make a big impact on sound. Lighter rosins don’t grip as much, and are better for the thinner strings of violin and viola, whereas the darker the rosin, the grippier it is, making it better for cello and bass.

Various rosins also produce a different amount of dust, which can matter for sensitive people.

But how do you know which rosin to choose? In this video I seek to help by providing my experience trying rosins at 5 various price levels from Amazon.

The first rosin we use is an inexpensive stick rosin. In many ways this rosin was my favorite to listen back to, because it has a no-nonsense, straightforward sound that is easy to control.

The downsides are the shape (cake rosin is better than stick, so that you don’t wear the rosin unevenly, making it harder to rosin down the road), and the fact that achieving a variety of colors or sounds isn’t as accessible.

The next rosin we try is Pirastro Cello Rosin. This rosin has been a staple of mine for a long time, and it sounds really nice to me. Warm, with some articulation control.

By contrast, the Melos dark rosin was a bit too crunchy for my taste, and I felt I had a harder time controlling the articulations.

The final two rosins we use are the most expensive on Amazon, the Andrea Solo and Larica Gold III. The biggest advantage of both of these rosins are the richer tone they give compared to cheaper ones.

While for some music having the base control of the stick rosin might be preferable, for playing a variety of styles, having these nicer rosins definitely seems to help.

It’s important to experiment with various cello rosins to find the best rosin for you. Knowing light vs dark rosin can make a world of difference to your practicing, and reduce frustration at the instrument.

What else do you need help with in learning cello? Luckily, we make it easy for you to learn cello here at Consordini. We have videos on a variety of cello topics, including holding the cello bow, basic cello posture, beginning cello repertoire, first position on cello.

Hopefully, we make it easy to get going with all the information of a trained professional. Keep a lookout for more videos, and stay subscribed to get access to all our cello lessons.