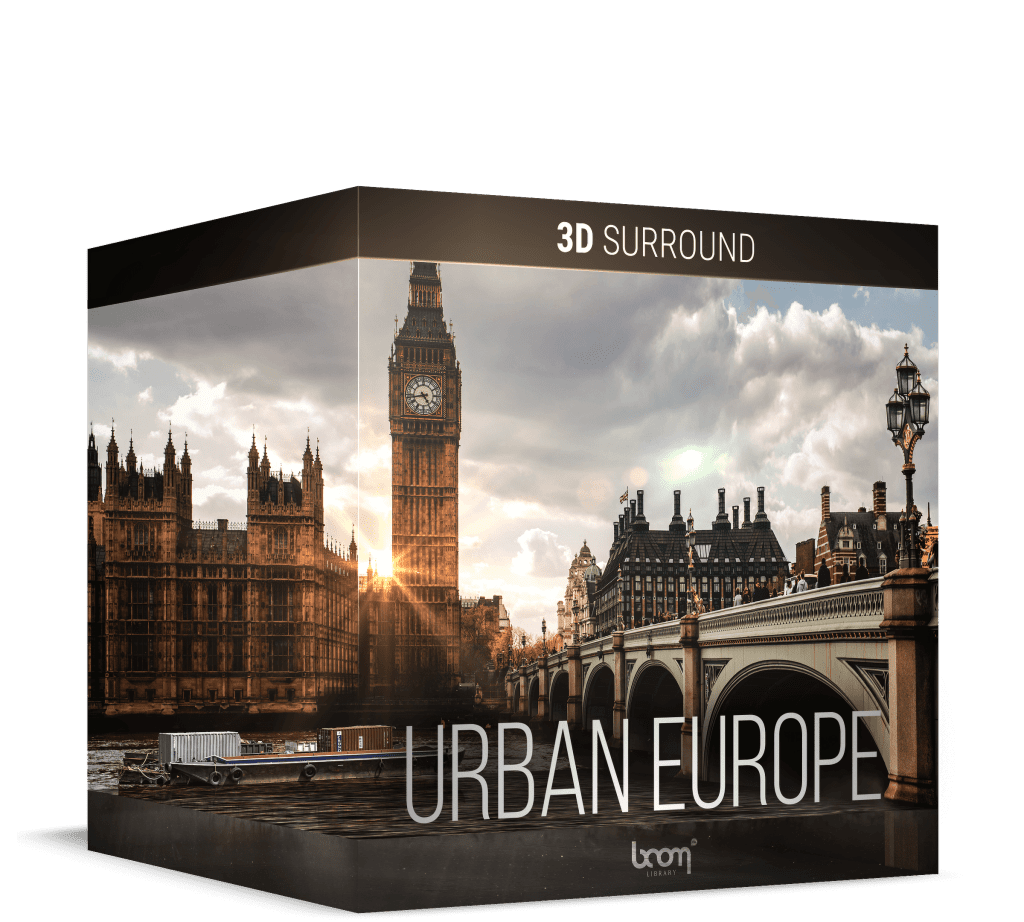 Enhance your productions with characteristic, intimate and authentic European city ambiences, delivered in the highest quality in stereo and 3D Surround.

BOOM Library recorded cities and towns in over 10 European countries to capture their unique character. Enjoy Europe with its rich variety of sound palettes throughout all different countries from city to city. This collection is an essential addition to BOOM Library’s URBAN USA 3D Surround library.

The recorded locations vary from streets and restaurants over squares, harbors, markets, commercial areas, parks, and busy shopping areas to industrial zones and construction sites. This library can easily be used in stereo productions as well. Either choose the listening angle yourself or use the stereo version (included in 3D SURROUND).

WHAT IS 3D SURROUND?

3D Surround adds a height layer as a third dimension compared to regular surround. The sound not only reaches the listener’s ear from the side, but also from above. This results in a much better localisation of the sound source and a much more immersive listening experience which makes it the perfect surround type for VR, Auro 3D and Dolby Atmos applications. Traditional surround formats also benefit from a much better localisation of the sounds.

Checking Out Spectrum 2 by Schulz Audio