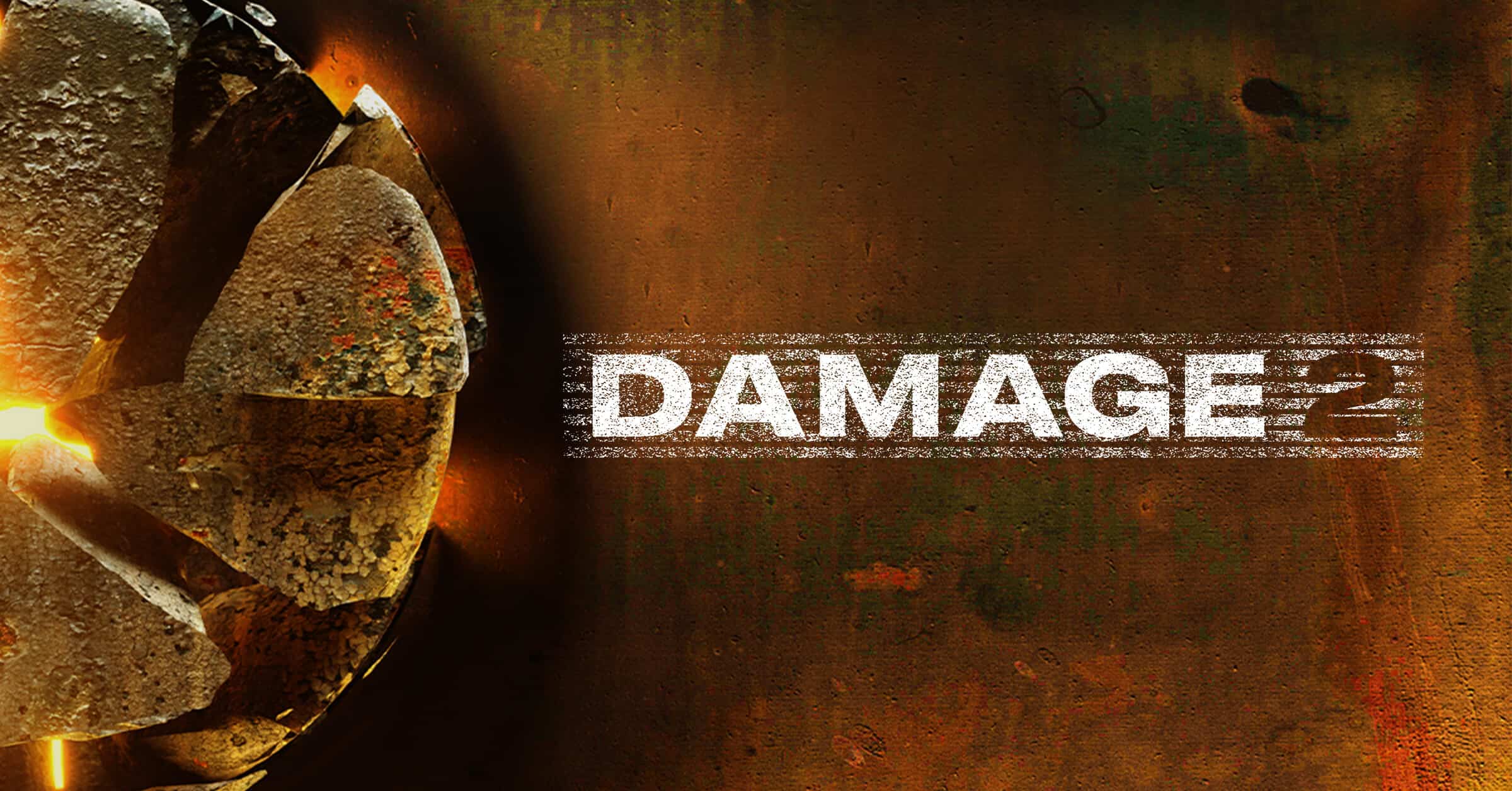 After nearly a decade, the epic sequel to the iconic original has finally arrived. Damage 2 is here too, once again, melt your face off. It’s the epic ensembles recorded at Skywalker Sound. It’s the aggressively Damaged hybrid elements. It’s the 860+ gut-punching loops. It’s the truly-realistic crescendos, swells, and flourishes of the MIDI performance tool. It’s the three discrete engines with unique and inspiring workflows. It’s all the things that made the original Damage great, except bigger, and better. Welcome to the next creation of percussion virtual instruments.

Damage 2 is brimming with over 40,000 samples, and nearly 60 GB’s of pure percussive inspiration. The Heavyocity team brought in truckloads of drums and percussive elements for the D2 Sessions; an arsenal of 24” to 72” gran casas, 24” to 60” Taikos, huge bass drums, giant snare ensembles, toms, ethnic drums, a myriad of struck found sound elements. Heck, we even rolled a dumpster onto the world-class scoring stage at Skywalker Sound. And now, these nearly-1600 sources have been placed into your hands — with five discrete mic channels (Close, Room, Hall, LFE, and CRUSH), and a highly-customizable performance and effects engine. The stage is set…now go forth, and Damage AGAIN!

Did you ever expect we’d release Damage 2 without a healthy dose of brutal impacts, visceral transitions, and devastating hits? We didn’t either. That’s why this cinematic beast comes ready to attack, with hundreds of Hybrid and Damaged sources, processed and mangled by the award-winning Heavyocity team. If you’ve ever reached for the aggressive and epic elements from the first Damage, then consider D2 a replenishing of the essentials. Make sure no matter what your next project is — cue, track, or trailer — it hits with the full power of Damage 2.

Built for maximum playability and unparalleled epic sound, the Ensemble Designer is the cinematic centerpiece of Damage 2. Start with the intuitive Browser, which makes loading the giant collection of individual and custom-designed banks of sources quick and easy. Got your sources ready? Start dialing them in with five discrete mic positions (including an analog “CRUSH” mic and a low frequency “LFE” channel), and instant 3D positioning on the updated Stage. Next up, try your hand creating truly-realistic patterns, rolls, crescendos, swells, and more with the unprecedented MIDI performance tool. And what would Damage 2 be without your old friend PUNISH, this time with three distinct flavors — Gently Now, Hurt Me Plenty, and Nightmare — for when you really want to dial in the devastation.

In the years we spent developing Damage 2, we made the firm decision that inflicting Damage wasn’t going to be just for composers and our 88 weighted keys. Thus, the Kit Designer was born. Consider it a producer’s playground, with its 16-voice Drum Kit layout designed to integrate seamlessly with Maschine, MPC-type, and Standard MIDI kit control schemes. Those of you exclusively on keyboard controllers shouldn’t feel left out, the Kit Designer’s sounds are completely MIDI Note assignable, and the independent FX chains for each voice — complete with compression, reverb, saturation, and more — provide a ripe canvas for deep sound design and experimentation. Over 50 kit snapshots, stylized in Hybrid and Damaged categories, are great starting points for inspiring total track destruction.

Damage loops have become the stuff of legends in artist, producer, and composer circles, so the Heavyocity team took the task of creating the D2 loops extremely seriously. Who doesn’t have a story where a Damage loop bailed you out from a fast-approaching deadline? The 864 tempo-synced loops in Damage 2 are built to be equally usable and equally inspiring. Covering Organic, Hybrid, and Damaged sound profiles in straight and triplet meters, Damage 2’s reimagined Loop Designer makes creating unique and immersive percussion beds almost too easy. When you’re ready to start tweaking, dial up the Modwheel to engage the Unique Send FX layer, allowing you to add modulation and effects to each loop. Build your own FX chain, and make the loops your own. Turn on the Modulation table to sequence the movement for even greater control. When time is tight, and you need percussion, Damage 2 will answer the call.