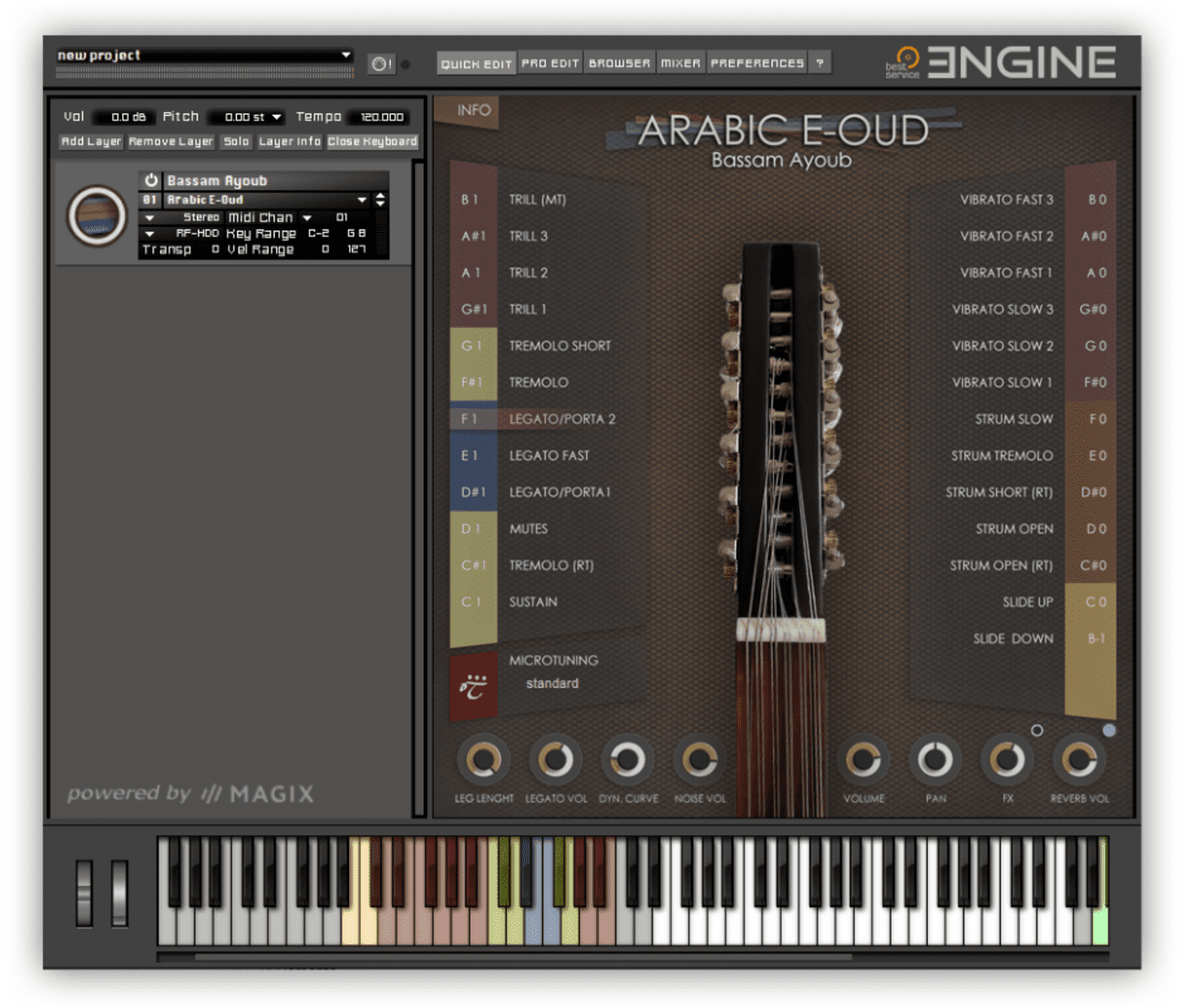 Bassam Ayoub played and recorded all playing varieties with the central emphasis on delivering a real sound, both for melodic playing and rhythmic accompaniment. Due to the built-in pickup, the characteristic sound of the E-Oud gets a very special touch, which makes this instrument the perfect link between traditional oriental and western music.

In Arabic music, the Oud is considered one of the oldest musical instruments; in fact, it plays an important role in musical tradition in the Middle East.

Although the roots of this instrument are uncertain, the popularity of the Oud has spread across the Mediterranean, North and East Africa, and the Middle East, where it is still very popular to this day. In the Western World, the Oud is probably best known as the forerunner of the European lute.

The Arabic E-Oud offers breathtaking 25 articulations with up to 20 velocity layers and 16 Round Robins and brings one of the oldest string instruments to life right under your fingertips.

The versatile sound spectrum can enrich any kind of music and the integrated micro tunings are very appealing to professional Maqam performers! Because of its wide range of playing styles, the Arabic Oud is ideal for both studio and live performances.

Syrian-born Bassam Ayoub, musician, and singer, has toured with various bands across many Arabic countries and Europe. He has worked with countless artists, as well as with a renowned oriental keyboard and expander manufacturers such as Korg, Farfisa, and Limex. The Arabic E-Oud is the next step on his hunt for the perfect virtual oud, which captures the unique sound of this unique instrument.

Arabic E-Oud is available as of now as Download or Box for $ 129. Registered Owners of “Arabic Oud” are eligible to a $69 Crossgrade to “Arabic E-Oud“.