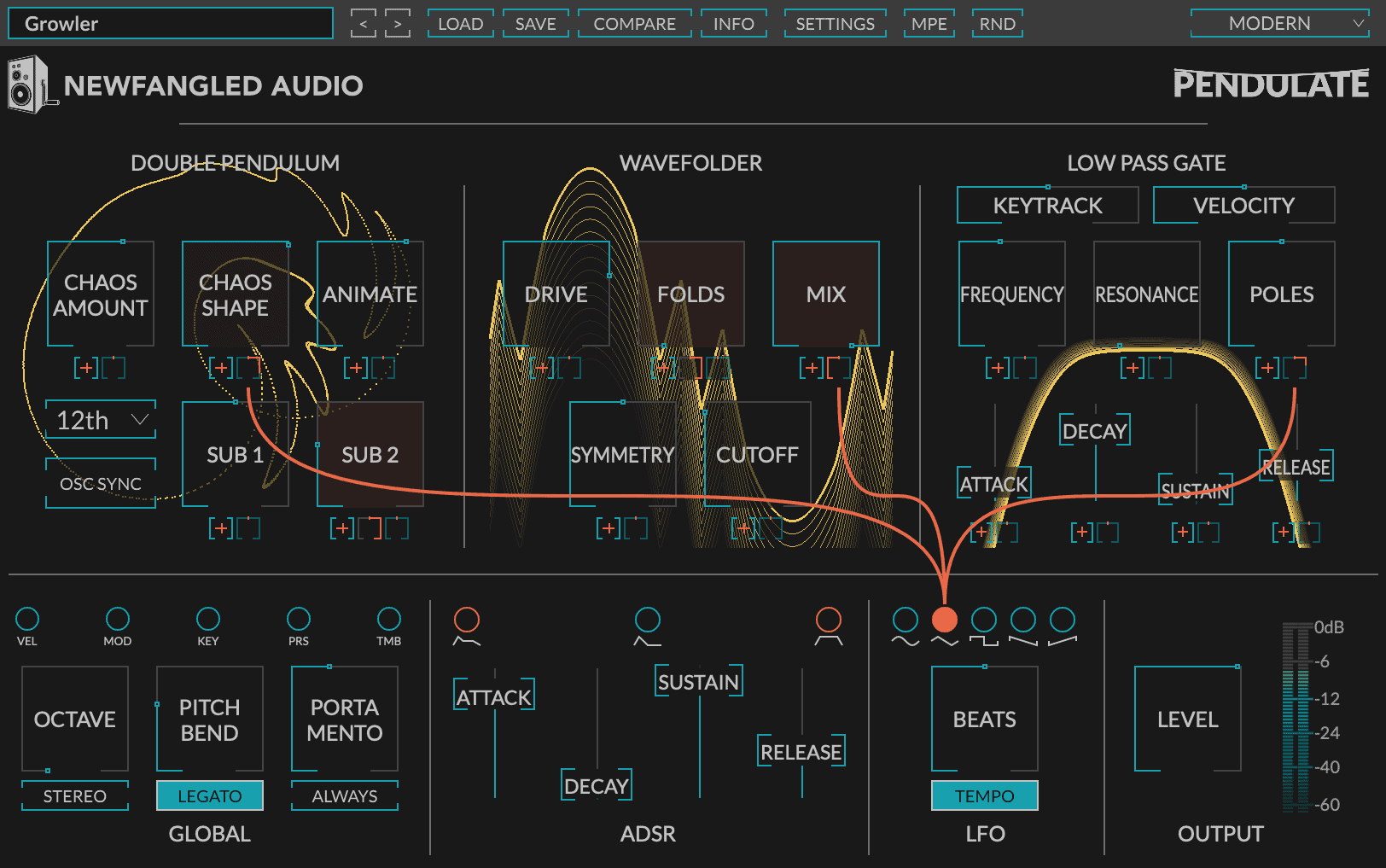 For those bored of the same old synth sounds, Newfangled Audio’s Pendulate offers something truly new. Most synthesizers sound similar because they’re based on the same technologies. Pendulate is refreshingly different – a chaotic monosynth that uses a brand-new oscillator technique to create previously unheard sounds – biting basses, searing leads.

Pendulate is based on the physics of a double pendulum. What initially looks like randomness contains underlying patterns, interconnectedness, constant feedback loops, repetition, self-similarity, fractals, and self-organization. The result is an oscillator that can smoothly fade from a sine wave to total chaos, with an expanse of territory to explore in between.