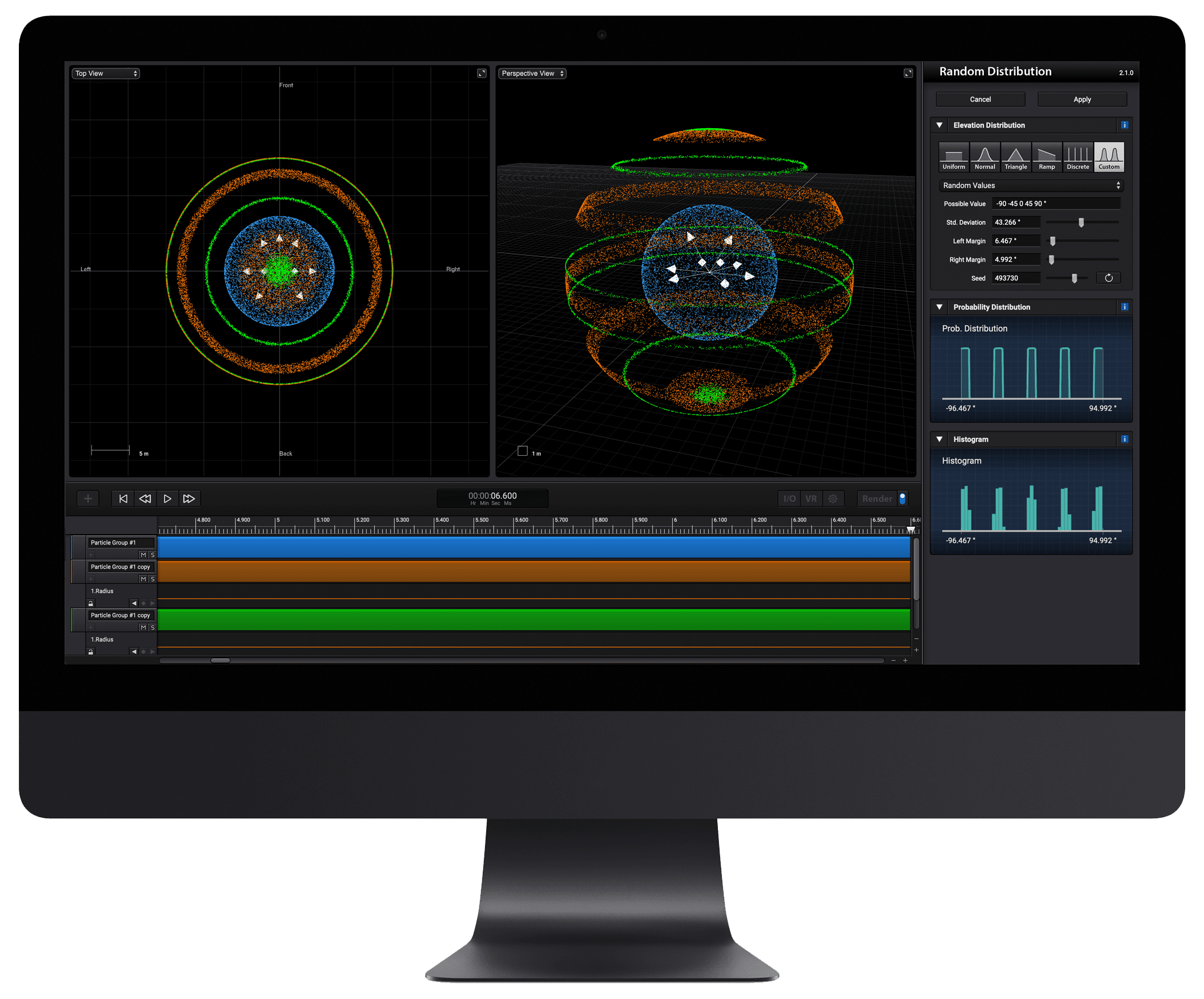 Imagine that you want to create the sound of a battlefield with Sound Particles. You could create 10.000 particles (sound sources), spread them over a square mile, pick 50 war-related sounds from your sound library and render the entire scene with a virtual microphone (5.1, Dolby Atmos 9.1 bed, etc.).

Sound Particles uses the concept of computer graphics, but for audio: each particle represents a 3D sound source (instead of a 3D object) and a virtual microphone captures the virtual sound of the particles (instead of the virtual CGI camera).

With a vision to use the power of computer graphics applied to sound, Sound Particles is an audio software house based in Leiria, Portugal. Sound Particles was founded by Nuno Fonseca Ph.D., a Computer Science and Music Technology university professor, and now counts with a team of more than 15 people.