Performance Samples Releases SOLOS OF THE SEA – SOLO VIOLIN B 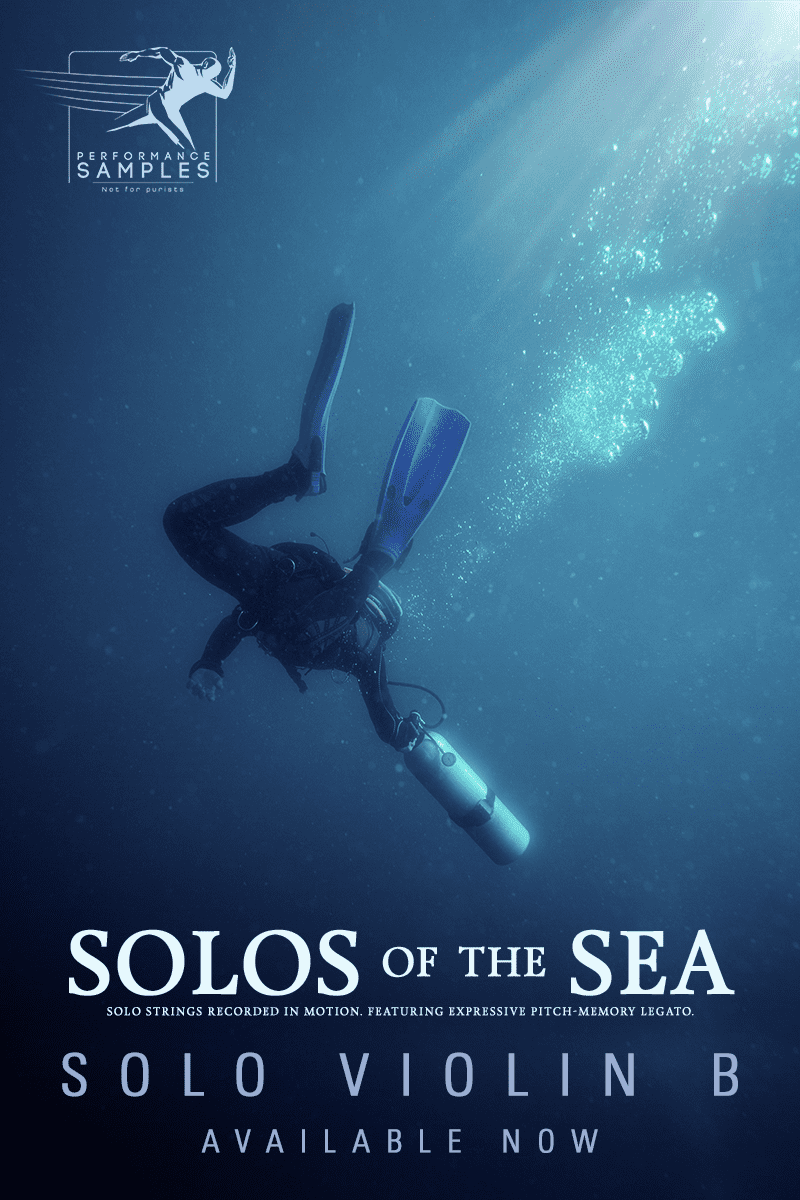 Solos of the Sea – Solo Violin B is a very simple solo legato instrument. This library explores a fairly specific sound: a loud, ff-esque dynamic with heavily slurred legatos. You can trigger even more dramatic portamento legatos by playing hard velocities on certain idiomatic intervals. In addition, this release also has same-note bow-change repetition samples which can be triggered by repeating notes with the sustain pedal pressed down.

The library continues along the lines of the unfolding Con Moto series with ‘active-bow’ sustains and legatos recorded con moto (with motion). The latter is here expanded upon with a ‘pitch-memory’ adaptation, which helps minimize a musician’s susceptibility to timbral variation between sustain and shorter legato assets.