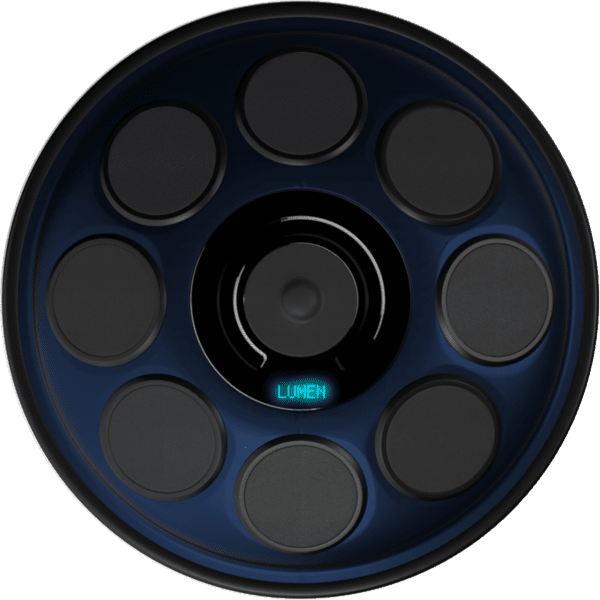 The Lumen is an electronic, hardware handpan developed by Arclight Projects with sound design partners Soniccouture.

Lumen Handpan reached its funding goal in just seven days. By the end of the campaign, it reached 166% of its goal. The Electronic Handpan is built including studio sampled sounds from original Hang, Halo, and other instruments, you finally have the flexibility to play these works of art in a familiar form, free from the restrictions of any external equipment.

ADVANCED SENSORS
9 custom-built, pressure-sensitive sensor pads. Each pad is divided into 5 zones to allow for a more nuanced performance.

METAL BODY
The shell is made of spun aluminum, giving a solid, authentic feel.

TOUCH INTERFACE
Change scales, key, and even unique instruments using an intuitive scrolling touch ring around the edge of the ding.

360 DEGREE SOUND
Audio from the built-in driver is directed 360 degrees around the instrument.