What is the Highest Note You Can Play on Cello 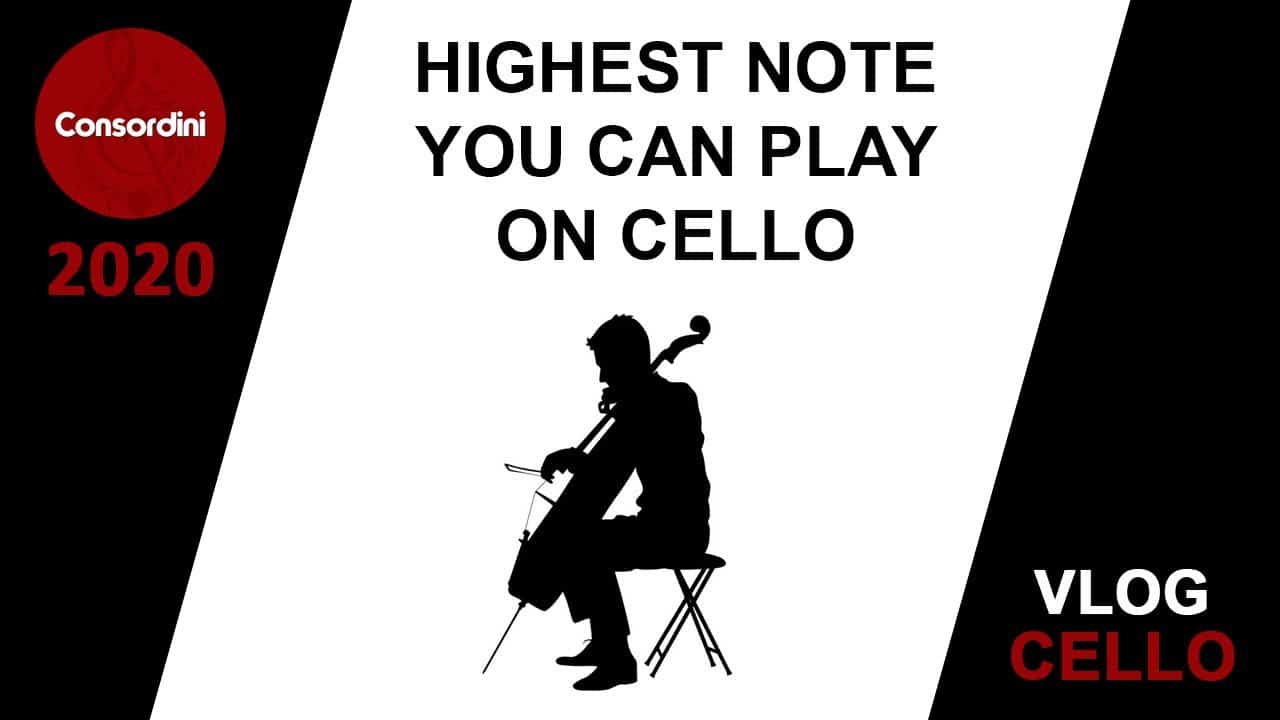 What is the Highest Note You Can Play on Cello

What is the highest note you can play on cello! For this video I decided to push the limit on my instrument, because I had never actually tested what the highest note I could get to “speak” is.

As it turns out, it’s an E, very very high up! In daily cello playing, you are unlikely to encounter notes nearly that high, however the upper range of the cello is often pushed by compositions, and it is a very useful skill to be able to “shift” up in position to access those higher notes.

We will discuss the concept of shifting in greater detail in another video (and have touched upon it in our first position video), but basically since you only have four playing fingers, it is necessary to be able to be able to move which note your first finger lies on.

Locking these different positions into your “muscle memory,” and also the motion of the shift between them, is an essential part of practice, otherwise you will never hit these other notes satisfactorily.

The good news is that no position is intrinsically easier than any other, so start by experimenting with these higher notes from the beginning, and you’ll be well on your way to mastering the whole fingerboard.

Another interesting topic touched upon in this video is that of harmonics, and of artificial harmonics. Harmonics make use of the overtone series, an intrinsic part of every musical note that is not a pure sine wave.

Basically every pitch you hear an instrument play contains not only the main pitch you hear, but also higher notes in a predictable, mathematical series.

The density, intensity, and relative volumes of these overtone notes determines the tone and sound of the instrument, and is the reason why the same note sounds different on cello versus piano.

Because the overtones occur at mathematical ratios, we can lightly touch a string at exact divisions, and skip the fundamental note and just let the overtone speak.
This is called a harmonic. If you touch the string exactly halfway up, for instance, a note an octave up will sound.

This is because using the harmonic splits the string into two, and you can even see the string vibrate independently on either side of your finger, if you try this on a low string.

Artificial harmonics are a specialized tool of string instruments, in which you place a finger firmly in the string, typically thumb on cello, and then touch a harmonic up a quarter of the remainder of the string, so that a note two octaves above the fingered pitch sounds.

If this stuff sounds a bit confusing, don’t worry! Most harmonics are very practically notated, and the theory really only comes in with composition and for a deeper understanding of the vibrations occurring.

It is not necessary at the beginning stage to fully grasp the concept, and the basic components are readily available.

One might ask: are there different limits to the highest note if the instrument is different? And the answer is probably yes.

Different cellos may have slight differences that mean a higher or lower top note might speak compared to my cello. Also the cello bow, rosin, strings, and even temperature can play a role.

This is why cello is typically thought of as having an artificial cap on how high you can play: it is a variable between cellos and cellists. In addition, the higher you go, the closer the notes, so there is a greater technical challenge in dexterity higher up on the instrument compared to lower.

We hope you enjoyed this video on the topic. Luckily, we make it easy for you to learn cello here at Consordini.

We have videos on a variety of cello topics, including holding the cello bow, basic cello posture, beginning cello repertoire, first position on cello. Hopefully, we make it easy to get going with all the information of a trained professional.