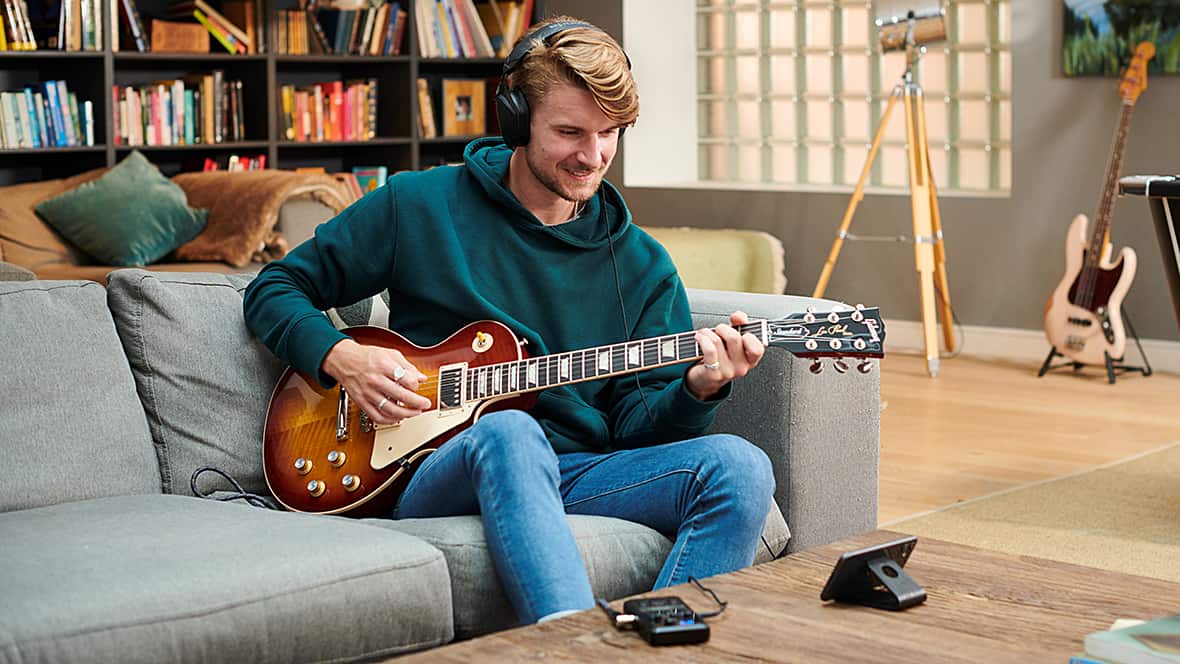 BOSS introduces Pocket GT, a powerful and innovative new solution for learning and jamming with the guitar. Combining premium BOSS guitar tones with integrated YouTube® learning, this pocket-size amp/effects processor pairs wirelessly with a smartphone or tablet to create the ultimate go-everywhere lesson studio. Pocket GT works seamlessly with the companion BOSS Tone Studio app for iOS and Android, which features a YouTube browser and deep editing tools for crafting tones with over 100 amps and effects. Adding in Bluetooth® music streaming, USB audio interface capability, and more, Pocket GT is a must-have companion that no guitar player should be without.

YouTube has become the most popular music learning source for guitarists around the world, and Pocket GT makes working with the platform’s content easier and more productive than ever. The Pocket GT hardware provides the sound engine and audio connections, while the BOSS Tone Studio app offers a YouTube browser that streams sound to Pocket GT, plus an intuitive interface for shaping sounds. This integrated approach simplifies set up and eliminates switching between apps, giving players a hassle-free way to enjoy premium guitar tones while watching online lessons and jamming with videos.

BOSS Tone Studio comes loaded with tools to supercharge practice sessions. Users can create YouTube song lists for quick recall, and loop sections for focused study. They can also set up markers to automatically switch Pocket GT memories as a video plays back, perfect for jamming with backing tracks and other songs on YouTube.

Equipped with the same sound engine as the best-selling GT-1 floor processor, Pocket GT puts over 100 world-class amps and effects in an ultra-compact package. The 99 user memories come filled with ready-to-play sounds, but players can customize them or craft their own from scratch. And since Pocket GT and the GT-1 share the same DNA, stored amp and effects setups can be exchanged via their respective BOSS Tone Studio editors.

Pocket GT’s simple-yet-powerful interface puts an array of essential functions at the player’s fingertips. They can scroll through user memories with a dedicated knob, tweak amp gain and effects levels, and activate the built-in tuner with a quick press. Remote control buttons are provided as well, providing fast access to YouTube playback. And with the Center Cancel switch, users can instantly reduce the volume of vocals and guitar solos in songs for minus-one playing.

Pocket GT doesn’t only work with YouTube. Users can wirelessly stream nearly any music app over Bluetooth and play along, and there’s also an Aux In jack for connecting a non-Bluetooth music player, drum machine, or other device. Pocket GT functions as a Mac/Windows USB audio interface too, ready to record mix-ready guitar tracks in a computer DAW. And for fresh sonic inspiration, players can find a wide selection of free patches for download at BOSS Tone Central. 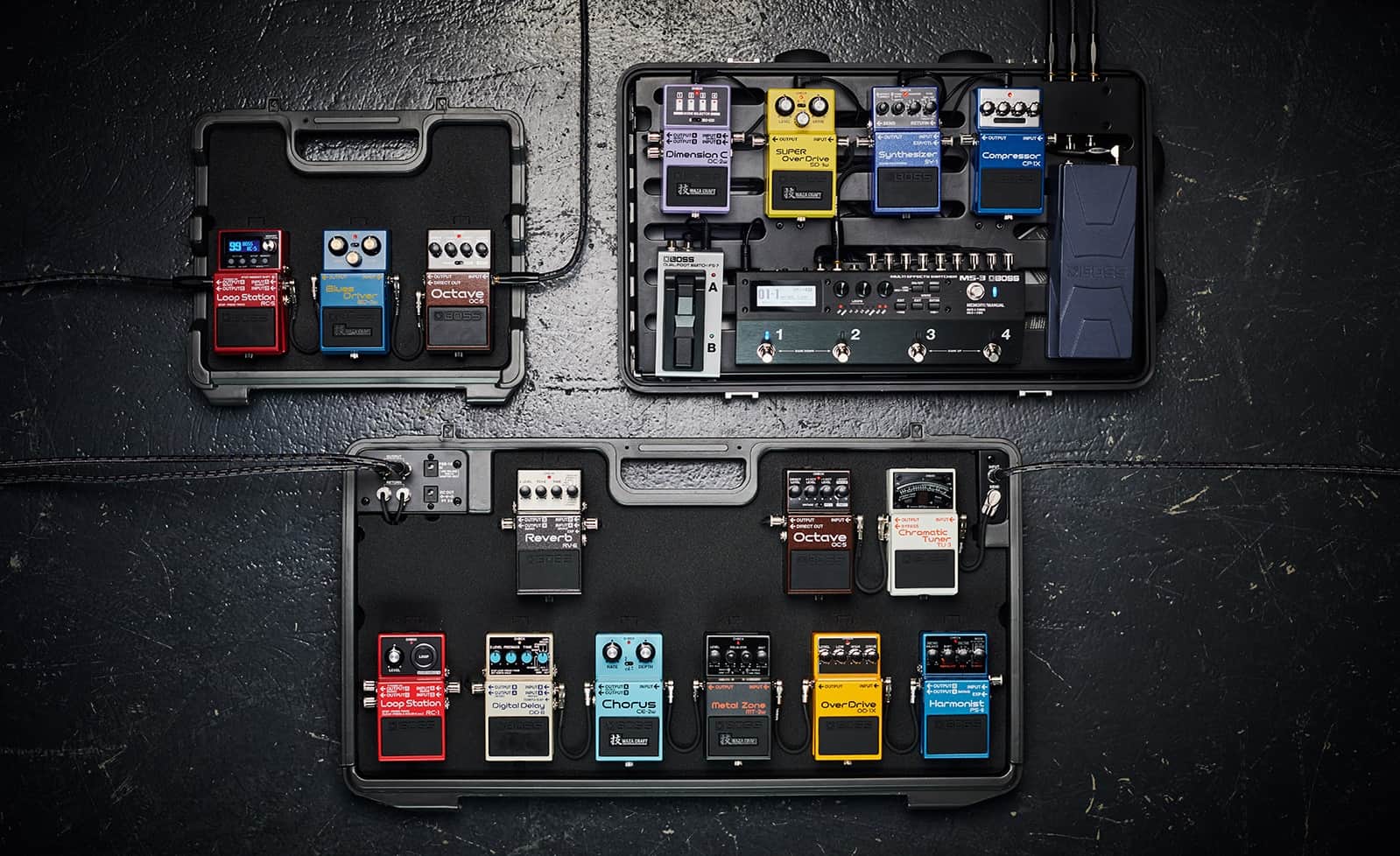 Roland Updates the Range of BCB Pedalboards Roland updated their flagship BCB pedalboard range and added a new model—the premium travel-friendly BCB-1000. The BCB-90X and BCB-30X offer more flexibility for modern pedal layouts and the BCB-1000 is a robust and practical solution for traveling with your pedals. The world of effects pedals really started to… 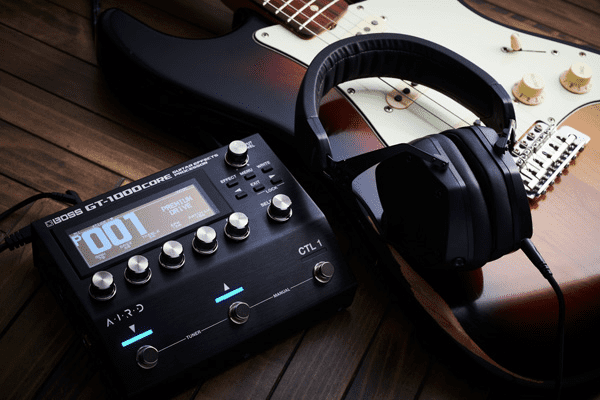 All the amp and effects processing of the flagship GT-1000—now in a compact and portable stompbox. GT-1000CORE takes the pro-level features and full DSP power of our flagship GT-1000 and packs it into a compact form factor that’s ready to supercharge your rig. Whether you need an ultra-versatile multi effects pedal to supplement your existing… 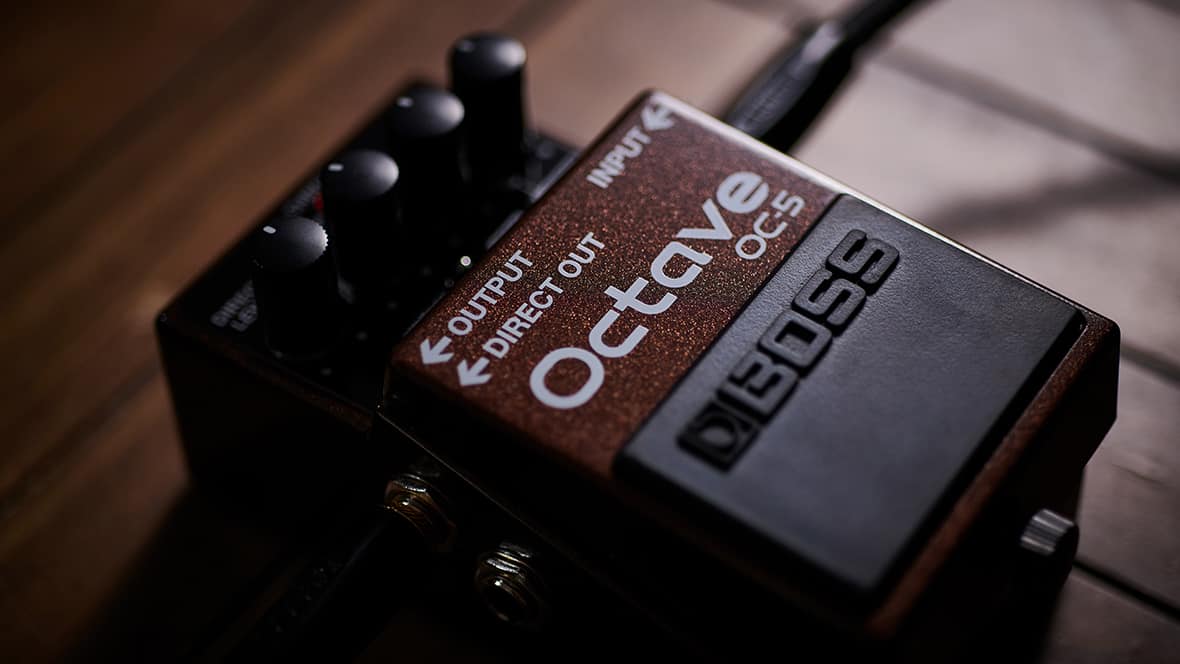 Next-Generation Compact Pedal with Vintage and Polyphonic Modes, Lightning-Fast Tracking, and Extended Range BOSS announces the OC-5 Octave, the latest generation of the long-running OC series of octave pedals for guitar and bass. Offering the most advanced BOSS octave performance to date, the OC-5 features a new Vintage mode, polyphonicenhancements, and an octave-up feature for…