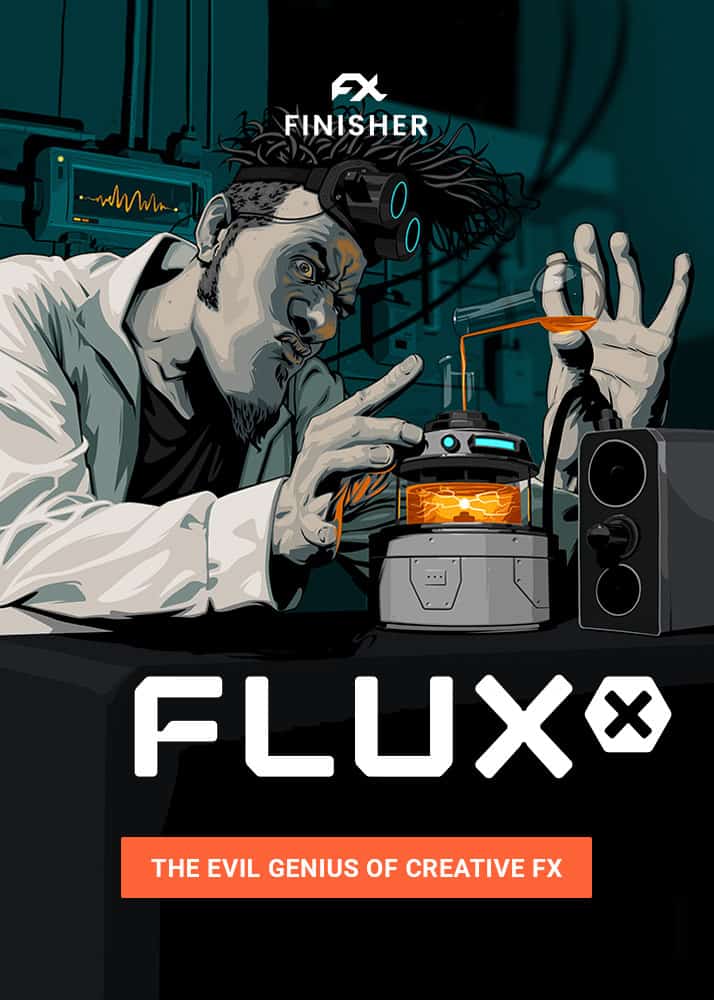 German-American plug-in makers UJAM released Finisher FLUXX. It is the company’s third extension to its series of virtual multi-effects. You may call this plug-in the evil genius of creative FX. It’s designed to take lifeless sounds back to life.

The Finisher concept connects a handful of macro controls managing 50 different hypercomplex multi-effect chains (called Modes) under the hood. It highlights 4 individual macro controls per Mode, each guiding a separate sound aspect, making FLUXX an intuitive and fail-proof tool for sound designers and music producers to deconstruct, transform, and animate their sounds.

Accelerate, modulate, agitate, swirl and catapult your sounds without restraint. With more than 50 individual effect Modes, you’ll never run out of possibilities!

If you want to tinker with sonic shaping, stereo modulation, signal polishing and deadly degradation, FLUXX gives you the perfect interface to unleash your favorite experiment.

It’s time to throw every detail of your sound into sharp relief. You control its size, heat, ambience, and other elements with potent precision. But even the best producers will never know how you did it–putting you on the bleeding edge of mad sound design.