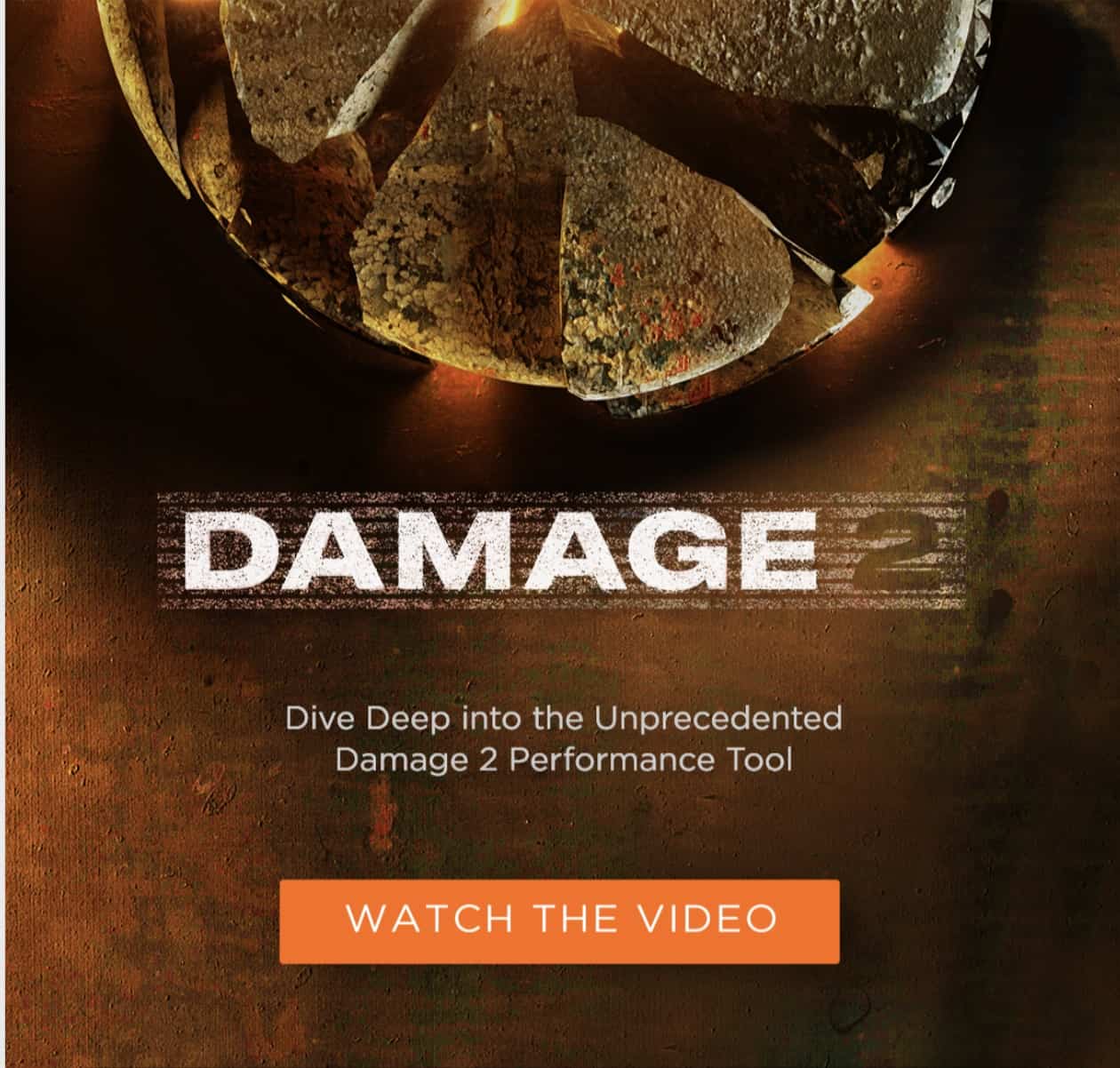 After nearly a decade, the epic sequel to the iconic original has finally arrived. Damage 2 is here too, once again, melt your face off. It’s the epic ensembles recorded at Skywalker Sound. It’s the aggressively Damaged hybrid elements. It’s the 860+ gut-punching loops. It’s the truly-realistic crescendos, swells, and flourishes of the MIDI performance tool. It’s the three discrete engines with unique and inspiring workflows. It’s all the things that made the original Damage great, except bigger, and better. Welcome to the next creation of percussion virtual instruments.

Damage 2 is brimming with over 40,000 samples and nearly 60 GB’s of pure percussive inspiration. The Heavyocity team brought in truckloads of drums and percussive elements for the D2 Sessions; an arsenal of 24” to 72” gran casas, 24” to 60” Taikos, huge bass drums, giant snare ensembles, toms, ethnic drums, a myriad of struck found sound elements. Heck, we even rolled a dumpster onto the world-class scoring stage at Skywalker Sound. And now, these nearly-1600 sources have been placed into your hands — with five discrete mic channels (Close, Room, Hall, LFE, and CRUSH), and a highly-customizable performance and effects engine. The stage is set…now go forth, and Damage AGAIN!