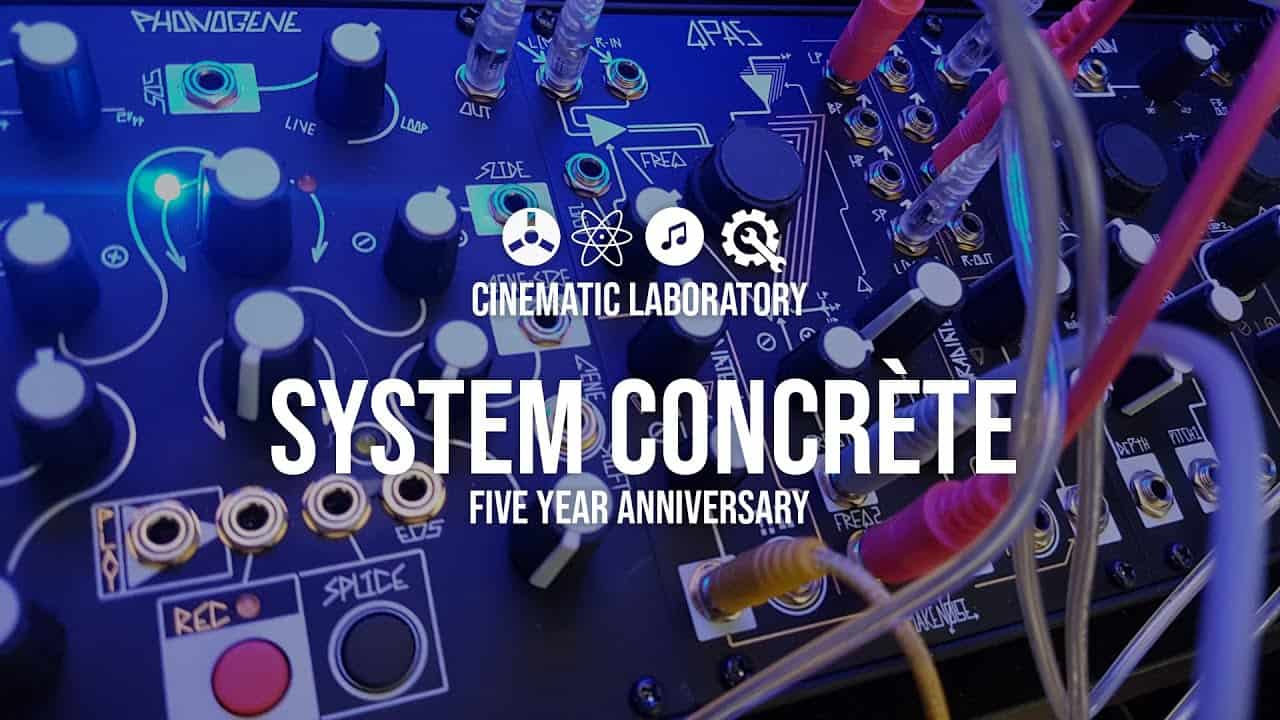 I wanted to create a 5th anniversary tribute video about the System Concrete which was introduced in 2012. In 2015 a video was uploaded by MakeNoise which is the first, last and only video about this system. So this video may be number 2 after five years!

I think the SC was way ahead of its time, even though it was inspired by the Musique Concrete from the 1950’s. This technique pioneered sampling with tape machines. Original sounds where recorded on tape and spliced (cut with a knife and glued together) into a completely new sonic experience. Fortunately, the System Concrete is now reincarnated into the awesome Tape & Microsound Music Machine and ‘splicing’ is still a term used on the Morphagene. It’s cool to know where it came from.

In this video I revisit the original system, I am extremely happy with the sound I got from the BBC documentary with a reversed piano, it sounds completely awesome on the SC. But I also wanted to imagine a Black & Gold version to celebrate the only video ever uploaded on YouTube, which is now no longer alone. Since there’s never been a black MMG, I used the QPAS which has the same big triangle on the front. Have fun and take care.