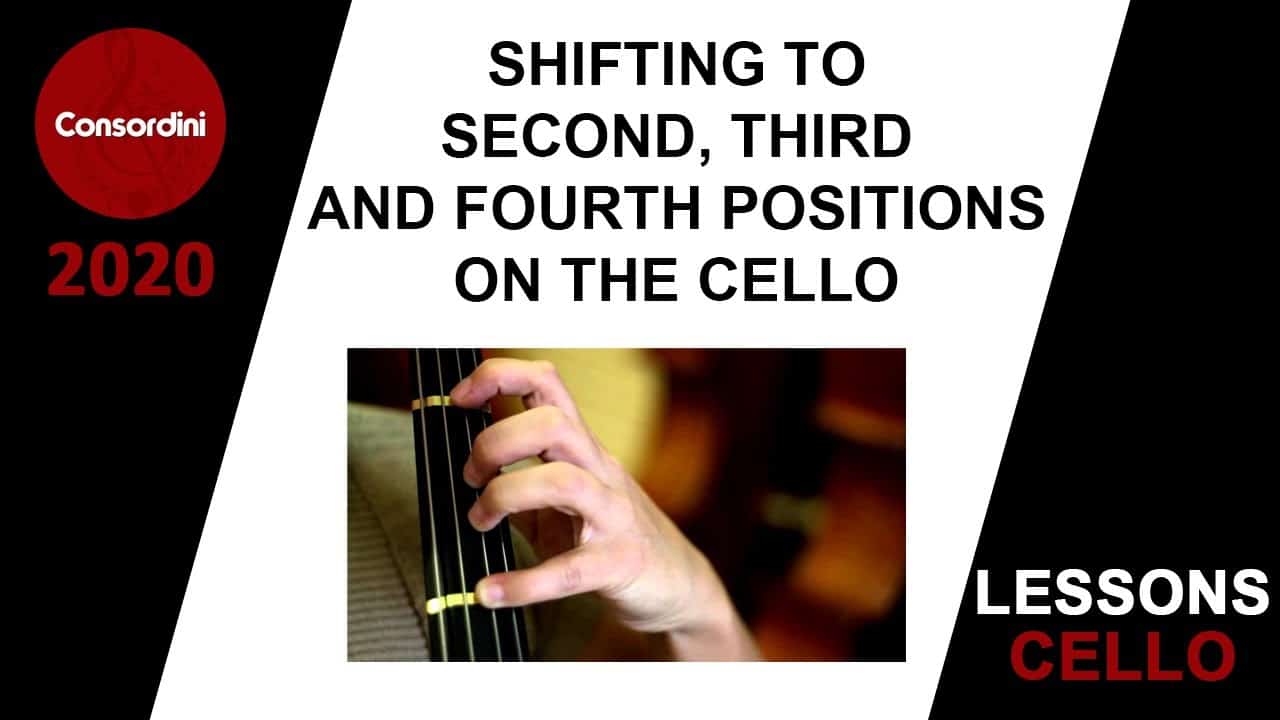 Thanks for watching our video on shifting to second, third, and fourth positions on the cello! One of the biggest road blocks I’ve noticed with early beginners is trusting shifting to different positions.

And yet very little music can be played without this indispensable component of cello playing. In this video, we hope to clear up a few different ways of approaching switching positions.

The positions on cello are named for the diatonic (scale-wise) note that the first finger replaces. In second position, the first finger is on the second note of a scale – either up a half step or a whole step.

The third position is where the first finger is on the third note of a scale, whether minor or major. And fourth position is on the fourth scale degree up from the first position.

There is also half position, which is down a half step from first position, and isn’t called first position because it isn’t used as often as extensions for hitting flat notes.

One of the most helpful tips for keeping your hand position intact is to always keep thumb behind your second finger for every position until fourth position, where your thumb will be under your first finger.

This helps keep the hand stable and the other fingers in position to play. You already shouldn’t be gripping the cello, but merely resting your hand on the fingerboard, with your thumb just touching the back.

So shifting should be an easy thing. Perhaps too easy, and then there are intonation problems. But we’ll get to that.

The most important thing about learning this different positions is to establish the muscle memory for each individually first. Find each position, on each string, and take note of the angle of your shoulder, elbow, hand, and fingers, and always with a straight wrist.

There are small but significant differences between even a half step difference in position, or just between two adjacent strings. Try playing 1-2-3-4 fingerings up and down the instrument, disregarding normal scales, in each position just to feel more comfortable.

When it comes time to actually shift, you can actually preface your shift by getting your shoulder and elbow into place for the new position early.

This way your hand simply moves into place, in the position that feels most natural. If you shift out of tune, don’t worry! The worst thing you can do is get frustrated and angrily keep trying to make it work.

The best thing you can do is try to identify by how much sharp or flat you were, and then try to replicate the exact thing you just played, even if “out of tune.”

Don’t neglect the bow during all of this. When the bow sounds bad, it makes everything sound bad, and then it’s harder to feel confident in your playing even if your shift was mostly in tune.

Try to incorporate shifting and intonation concepts all together with each other and all the other elements that make up music. This will help keep you on target with actually playing in tune.

All in all, shifting positions is unavoidable, and even simple melodies can benefit from cleverer fingerings that sound more musical. Even though it can take some time, just keep at it and you’ll appreciate your efforts later!

Thanks again for watching! We’ve been making cello lesson videos for a few months now, and there are over a dozen lessons to help you learn this wonderful instrument.

Whatever problems you encounter, with posture, fingerings, intonation, bowings, repertoire, and more, we have or will have the video to help you on your journey. Be sure to subscribe for all our cello lessons.

75% off “Blackhole” by Eventide