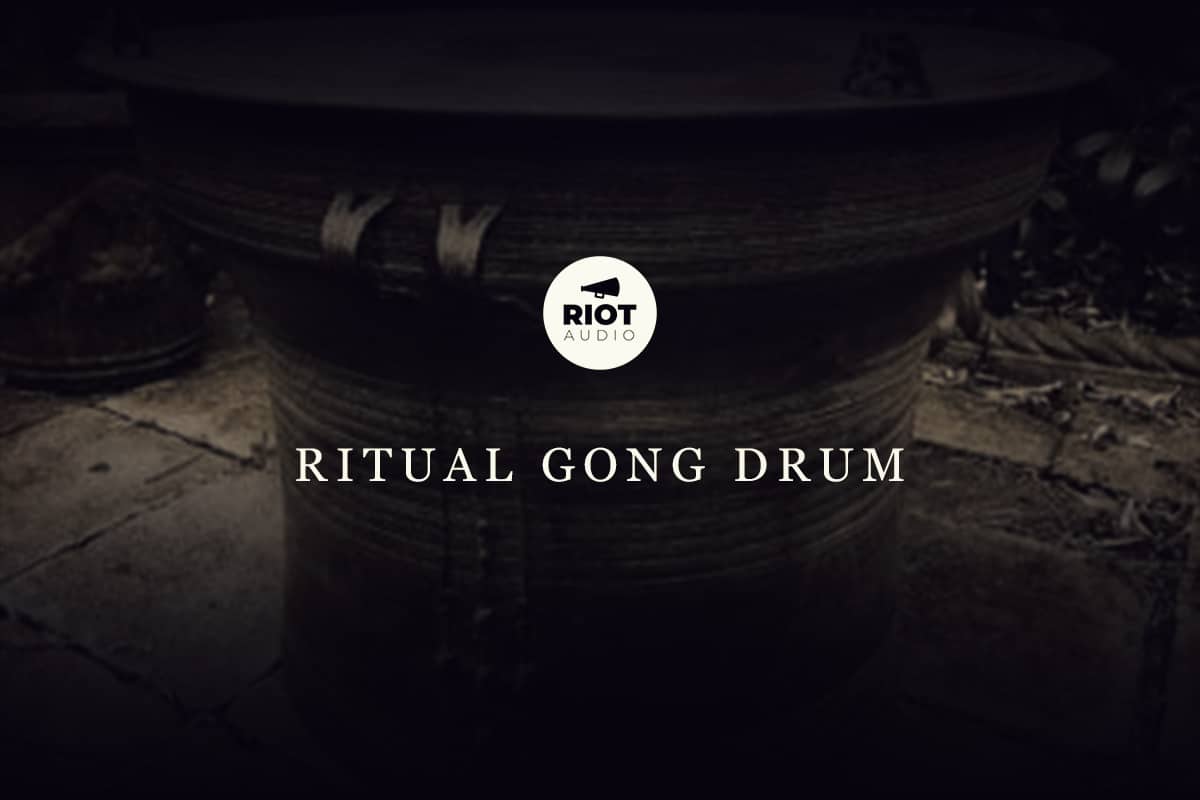 Ritual Gong Drum is a pristinely recorded, deeply sampled library of a ceremonial bronze gong drum from South East Asia (referred to as a “Karen drum”). It is a versatile virtual instrument that ranges from intimate taps to ringing mallet booms.

Ritual Gong Drum does small, intimate taps, massive epic booms and everything in between. The long tail of the bare sound also allows for unusual quasi-reverse/chopped sounds. The library is perfect for epic orchestral tracks, trailer scoring, and also action and genre film scores.

This particular drum was in the ground for most of its lifetime as a ceremonial drum, only to be disenterred for ancestral and other rituals in the local village. It was brought back to the UK by renowned South East Asia expert and anthropologist Andrew Turton, during his studies there in the 1970s.

It has since been in his private collection of artefacts and musical instruments from the region. The drum was recorded dry. The library is highly playable, with left hand and right hand separately mapped for easy playing and programming of rolls and crescendi. The custom UI interface allows for control of Sustain, Tape Saturation and subtle Low End control as well as Reverb amount and size.