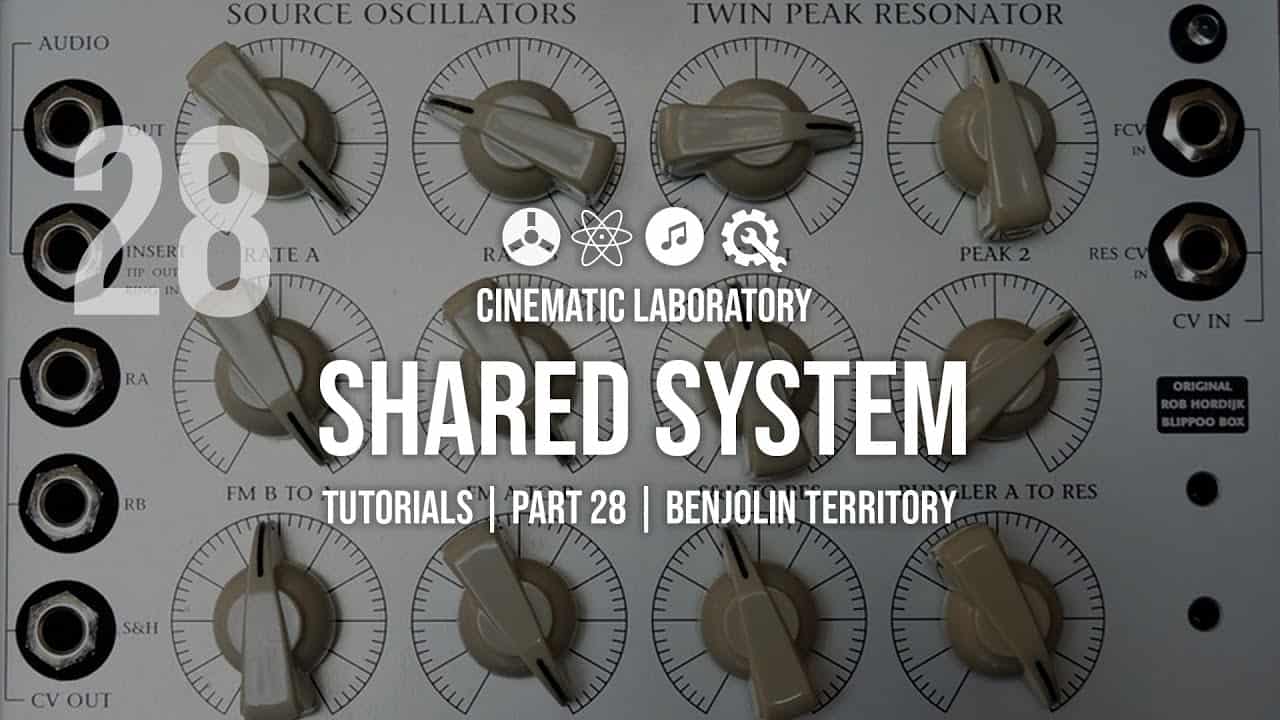 The #Benjolin is a famous module designed by Rob Hordijk which is gaining a lot of attention since Sam Battle (Look Mum) built two and version 2 is available from After Later Audio. My V2 is on its way right now. The Benjolin is a clever noise maker which – i am not a technician so forgive me if I don’t explain it right – uses two square wave oscillators which are cross modulated by a shift register mangler (the rungler), two derived triangle waveforms and a cross patched dual peak filter you can ping. It’s a great module for creating abstract rhythmic textures and insane drones. It doesn’t really track to pitch. This video is inspired by the Benjolin and I’ve been trying to recreate it’s vibe with Maths, Wogglebug and QPAS. Since QPAS is really important in this patch I decided to switch to the Tape & Microsound Music System layout for this video, but the Shared + QPAS will work just as well. Maths is the main noise maker here and I may have discovered yet another cool patch for it.

After 28 episodes I think it’s time to refer to the full Make Noise collection in the remainder of this series and also focus on the discontinued and new modules instead of doing separate items. So there will be more chapters!

Note, I did the Walking Dead theme myself at the end of the video, so it’s a cover, not a copy. It’s composed by Bear McCreary and recorded in Ableton with EastWest/Spitfire plugins.