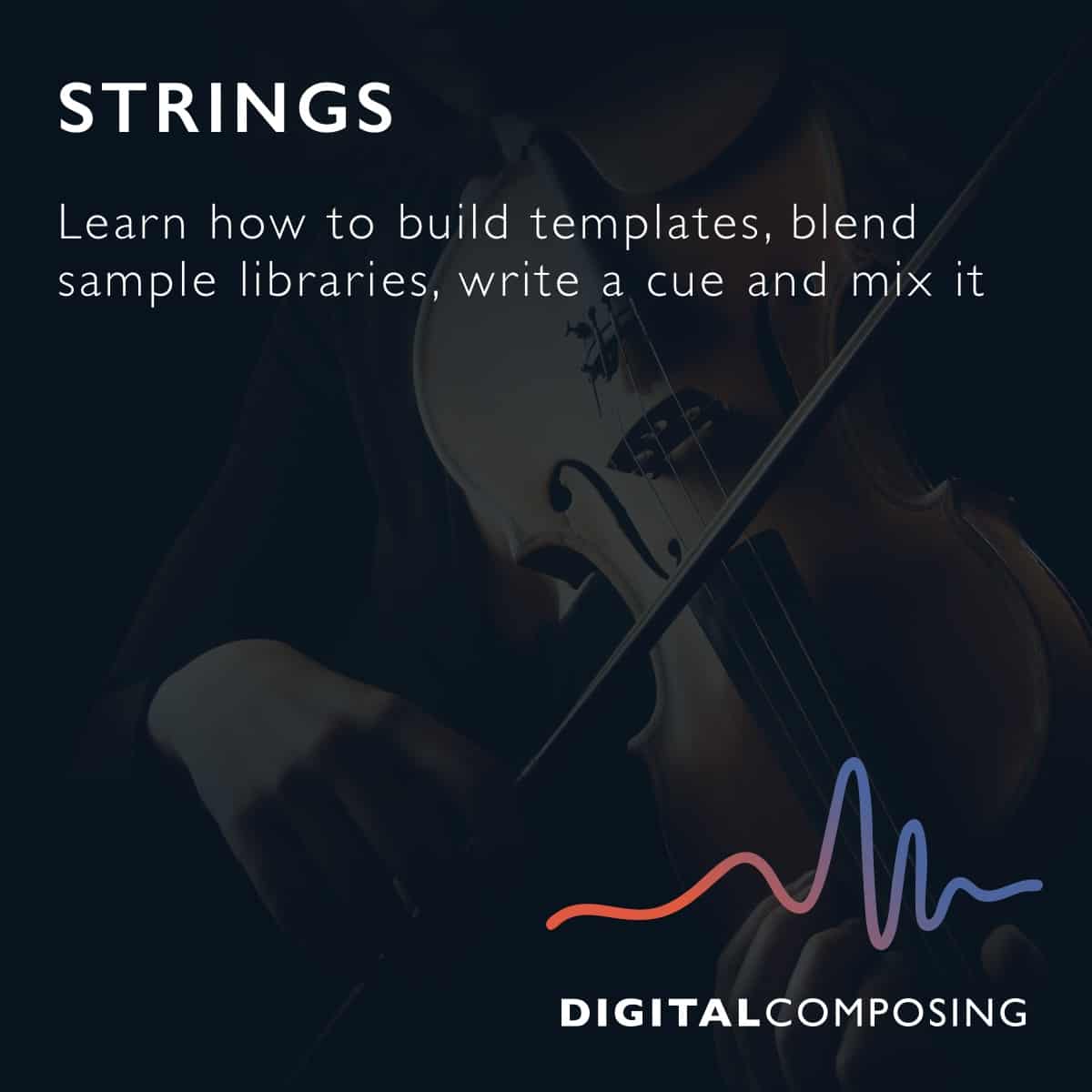 Nicolas Schuele launched a new online training course. In DIGITAL COMPOSING SERIES: Strings (Affiliate Link) you will learn how to build two professional templates in your DAW: one for composing and one for mixing. Together with Nicolas, you will look at a vast variety of topics such as routing, articulation switching mechanisms, blending strings libraries from different vendors, and everything in between.

To illustrate the concepts, you join Nicolas on how to write a track from scratch based on the 3 acts of a film trailer structure. At the end of the course, Nicolas will also spend some time mixing it. Take your productivity to the next level with over 7 hours of video content in DIGITAL COMPOSING SERIES: Strings (Affiliate Link)!

The course DIGITAL COMPOSING SERIES: Strings (Affiliate Link) is currently in a special introductory offer of $49 (excl. tax) until Jan. 20th. Afterward, the course will be priced at $69.

Nicolas Schuele is a composer for media and writes custom music to accompany film, game, trailer, or commercial.