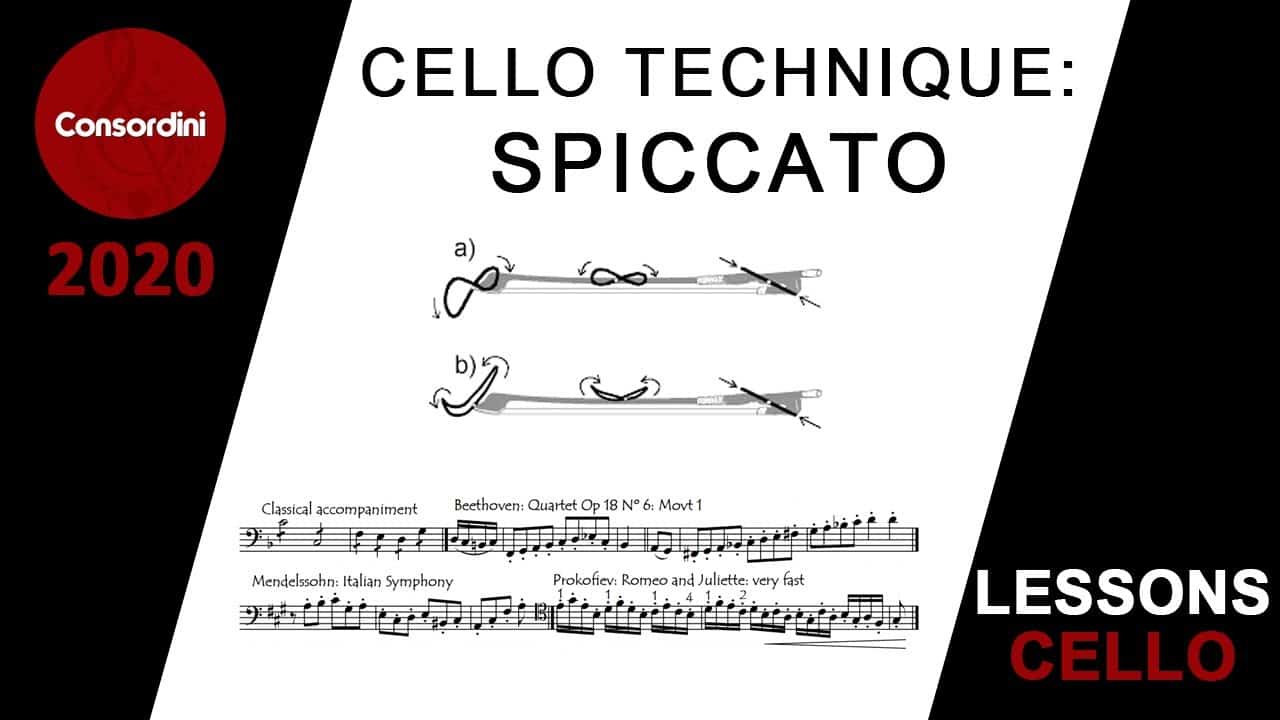 Thanks for watching our video on the spiccato/sautillé bow strokes! These are essential ways of getting short sounds out of the cello, in contrast to the long, or legato, playing that we typically start with.

The cello is essential to every ensemble. There is no orchestra, chamber group, quartet, or trio without the cello. The same can be said about the violin and viola, but the cello fills a unique roll. Cellos have the most stunning solo pieces.

Playing music is good for you. Being a musician is amazing for your health, both physically and mentally. Numerous studies have linked playing an instrument and improved school performance. Additionally, playing music can have long term benefits on your memory.

Let us know if this video helped! We’ve been making cello lesson videos for a few months now, and there are over a dozen lessons to help you learn this wonderful instrument. It can be challenging, but a most helpful and rewarding experience.

Justin Lepard is your cello teacher. He is an accomplished cellist in LA, playing with a wide variety of musical groups and having solos in many films including Togo on Disney+ and The Invisible Man.

Get more out of your Beatstep Pro with these Modular Patch Tips!