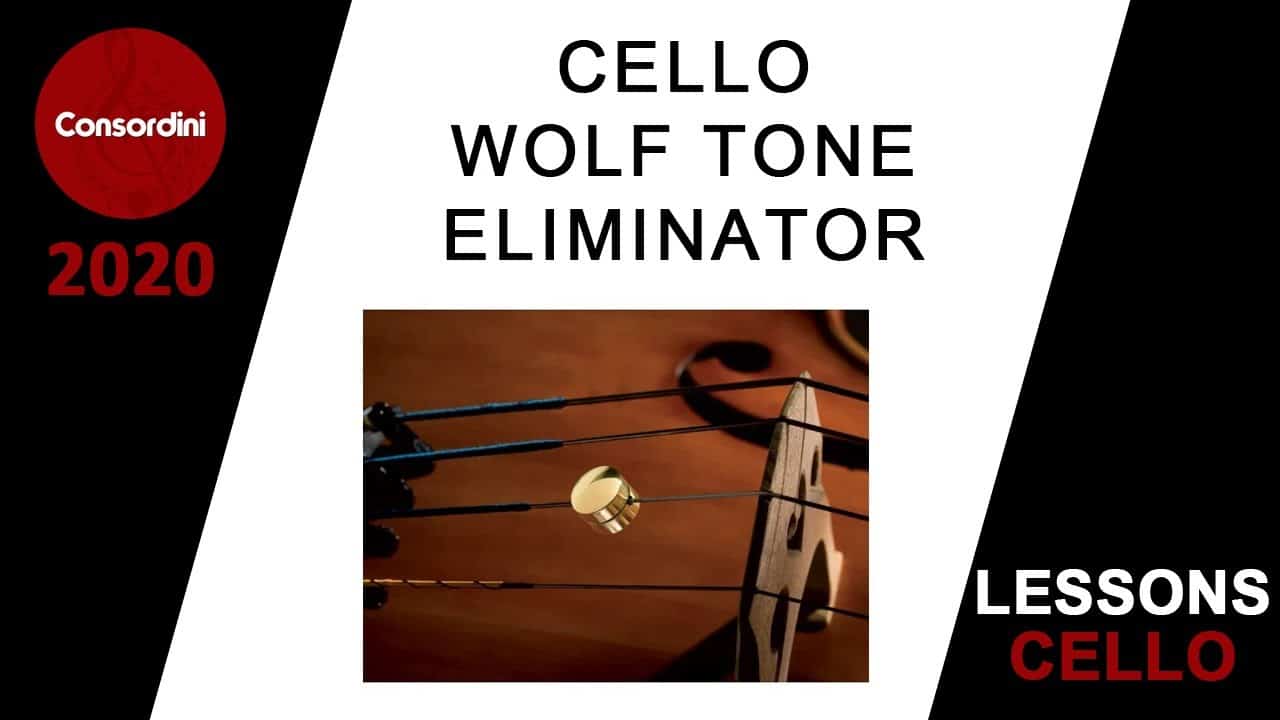 A “wolf tone” is a naturally occurring acoustic phenomenon where the sympathetic resonance of overtones clashes. This is a result partly of equal temperament, the preferred system of tuning in the modern world in which every note is as equally in tune as out of tune.

In practice, this makes fifths not the perfect 3:2 ratio of Pythagoras, but a little flat. So on the cello, we find the problem to be the middle F, especially when played on the G string.

The reason is that the F major chord has notes that are open strings. The F tries simultaneously to resonate with the major third A string, and also the perfect fifth C string (though down two octaves).

The topic of improving cello sound, tone, and playability is a relatively recent field, at least when compared to innovations for piano and violin. Cello has always been bit of a straggler.

While it is well revered as a great solo instrument today, for a while it was merely a “bass,” and similar assumptions were made about how to play it as violin.

For example the left hand used to be angled like a violinist’s hand would be, and there was no endpin originally, just holding the cello between the players knees.

Over time, gut strings were also replaced by steel strings, and these innovations alone have had tremendous implications for the instruments playability, dexterity, intonation, tone, and canvas of extended techniques possible.

Even so, we are in many ways still in the infant stages of all sorts of both electronic and acoustic tone solutions for the cello.

Of course we hope to see more cello repertoire written, more great players emerge, and to have cello reach an ever more prominent stage. As we go down that path, sometimes it’s in trying new toys and gadgets that help.

So, is this a good product for you?

If you’re just starting out, don’t worry too much. Sometimes these things can be overwhelming, especially when faced with all the other more normal aspects of playing cello, which are already daunting.

It is, however, something to keep in mind exists, so that you don’t have to struggle through when there is a solution to a problem when it presents itself. Hopefully, we feel all our videos delivered a balanced and informative take. We don’t care what you buy, we just care that you learn!

Playing the cello is far from a trivial pursuit, but it is also an immensely rewarding experience and a lifelong set of ambitions and goals.
As a professional cellist based around Los Angeles and Southern California, I’m here to help you learn how to play cello.

There’s no doubt that once you pick up a cello you’ll never want to put it back down. There’s a certain thrill that comes with being a musician.

People don’t understand what an emotional, sometimes wild experience playing music can be. It will enrich every aspect of your life. Don’t be intimidated by the process of starting from scratch, every artist has to earn their abilities.

If we haven’t managed to convinced you to pick up the cello, nobody can.

So what are you waiting for? Don’t worry about buying an expensive instrument from the start – there are endless resources for renting instruments no matter where you live.

We suggest finding a rental and once you get serious consider buying your own. There’s nothing like the bond you have with your cello!

90% OFF Limerence by Rigid Audio