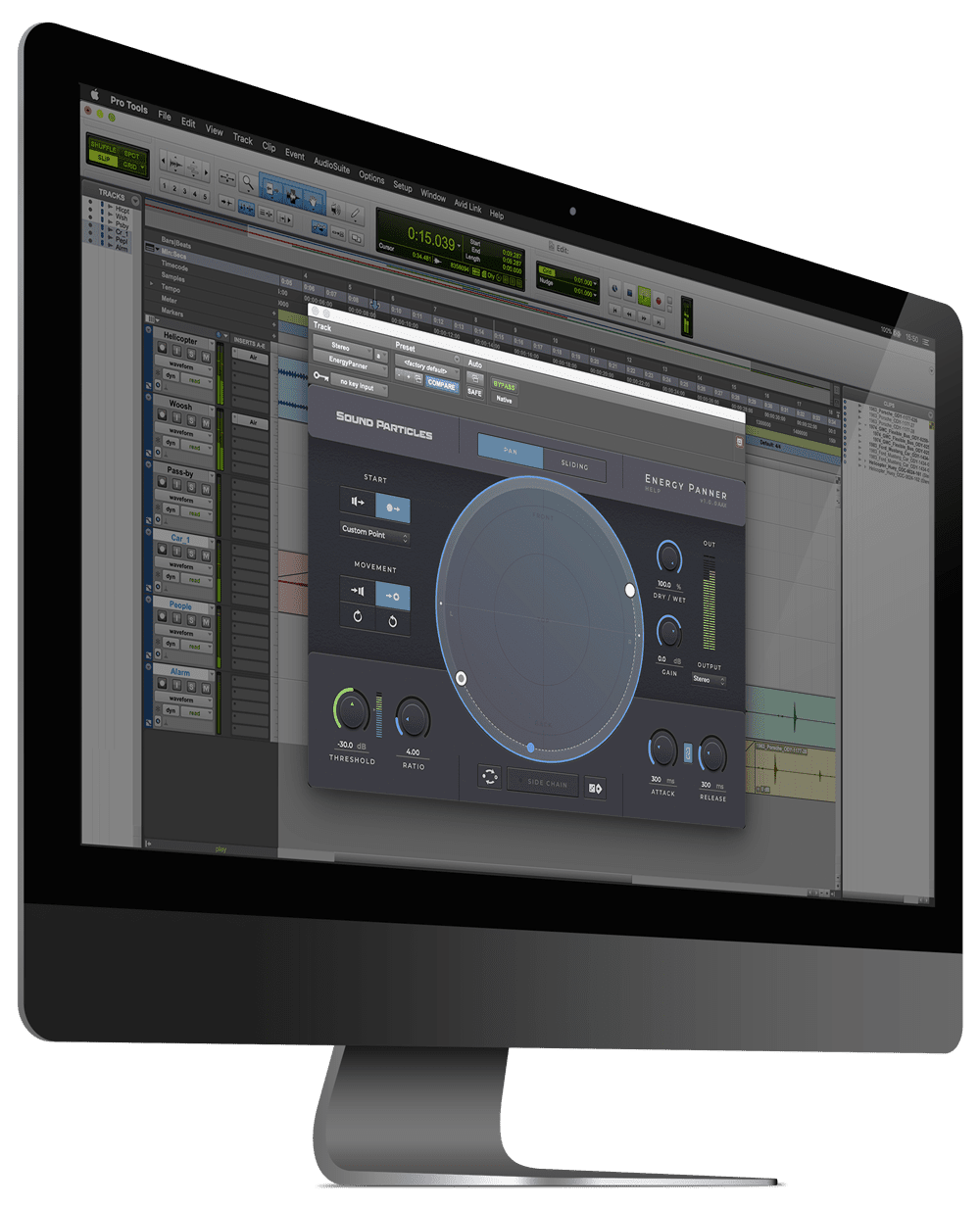 Sound Particles, the software company that has been changing the paradigm of 3D audio software, is introducing a different approach to panning with the release of a new plugin – the Energy Panner.

The plugin uses the intensity of a sound to control its movement automatically, providing any sound professional with a tool that combines dynamics with spatial definition, to modify and enhance mix elements, sound effects, and many more.

Sound Particles loves to explore sound and space. And yes, you can use traditional panners to move sounds around. Sound Particles are always trying to think about crazy ideas for new ways of handling space, and “Energy Panner” is one of those strange ideas – a panner which is controlled by the intensity of the sound.

With Energy Panner, the sound intensity controls the panner, creating a movement that reacts to sound. Imagine drums moving at the beat, synth notes that move on the attack, among many other behaviors. From music to audio post, from stereo to Dolby Atmos, Energy Panner is a plugin that you definitely want in your toolset.

The Pan mode is essentially a normal end-to-end particle-based panning. This type of panning effect changes the position of the sound source between two points (start point -> endpoint) previously defined by you. Therefore, the greater the energy of the input signal the greater the shift from the starting point to the endpoint.

Designed to be simple and quick to use, Energy Panner has two different modes of operation — Pan and Sliding — enabling sound designers and music producers to use this new approach to panning in several different ways. Whether to add motion to sound effects or to creatively mix instruments, this audio plugin will change the way you think about the sound around you.

From stereo, 7.1, HOA to Binaural and Dolby Atmos, Energy Panner gives you several output options based on virtual microphones technology. Energy Panner brings the most innovative panning solution to your DAW. Allows you to move your sound around dynamically in a variety of reproduction formats — from stereo to surround 5.1 and 7.1, to Dolby Atmos 7.1.2, Ambisonics up to 3rd order, and Binaural.

Use external signals to control the effect of the plugin instead of using the track’s sound for this.

Running out of ideas? Don’t worry! The Energy Panner has a randomize option that outputs a new result each time you click it.

Easily set how the sounds will move. For instance, will they move from the speakers position to the centre or will they move clockwise starting from a custom position?

Track every single movement the sounds are making through the main component of the plugin’s UI: the dome.

“Most people associate Sound Particles software with audio post-production, but we’ve wanted to create music tools for some time now”, says Nuno Fonseca, founder, and CEO of Sound Particles. “Space is still one dimension that is not fully explored by musicians, and we hope that Energy Panner can help everyone (both music and audio post professionals) to make things more interesting in this field. And this is only the first step on a very interesting roadmap that we have set in this area.”

With a vision to use the power of computer graphics applied to sound, Sound Particles creates unique software used by top video game companies and all major Hollywood studios in productions such as Game of Thrones, Frozen II or Star Wars 9.

Composing With Shake 2.0 by Soundiron