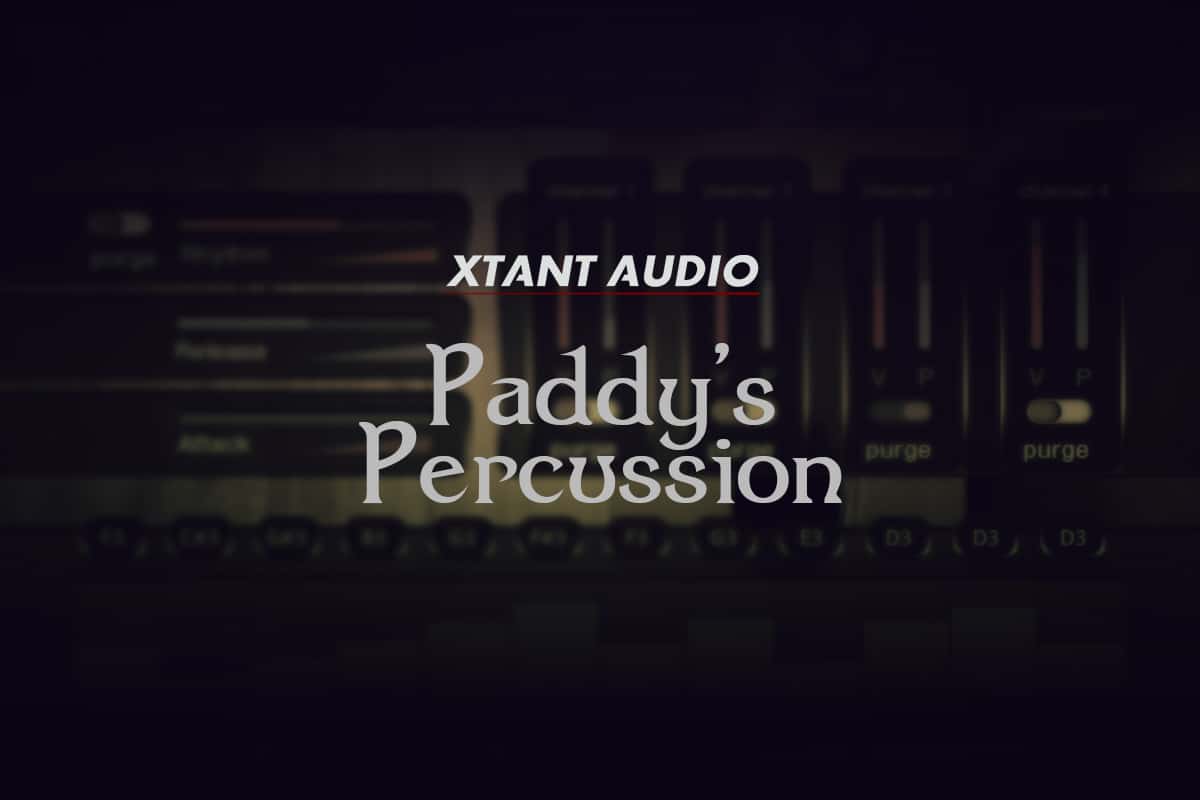 Both instruments were performed by Patrick (Paddy) Broderick and recorded with up to six dynamic layers, several round robin repetitions (10x for the Bodhrán, 6x for the Cajón), and multiple hand positions.

The samples were recorded with four closely positioned microphones. The custom Kontakt interface provides a microphone mixer with control over each channel’s volume and panning, and you also have the option to completely unload samples you’re not using.

The instruments include a built in step sequencer for creating your own playable looped rhythms. You can have up to five tempo synced rhythms sequenced at one time which can be quickly selected and played back using handy key switches.

Each sequence can have between two and sixteen steps. The on-screen controls let you easily adjust the musical length and duration of each step, for each sequence.

Both the bodhrán and cajón respond to a selection of continuous controllers, all detailed in the user guide. The pitch bend wheel is especially useful when crafting a realistic bodhrán performance; it is the perfect tool for replicating the sonic change created by the musician’s hand sliding up and down inside the drum head.