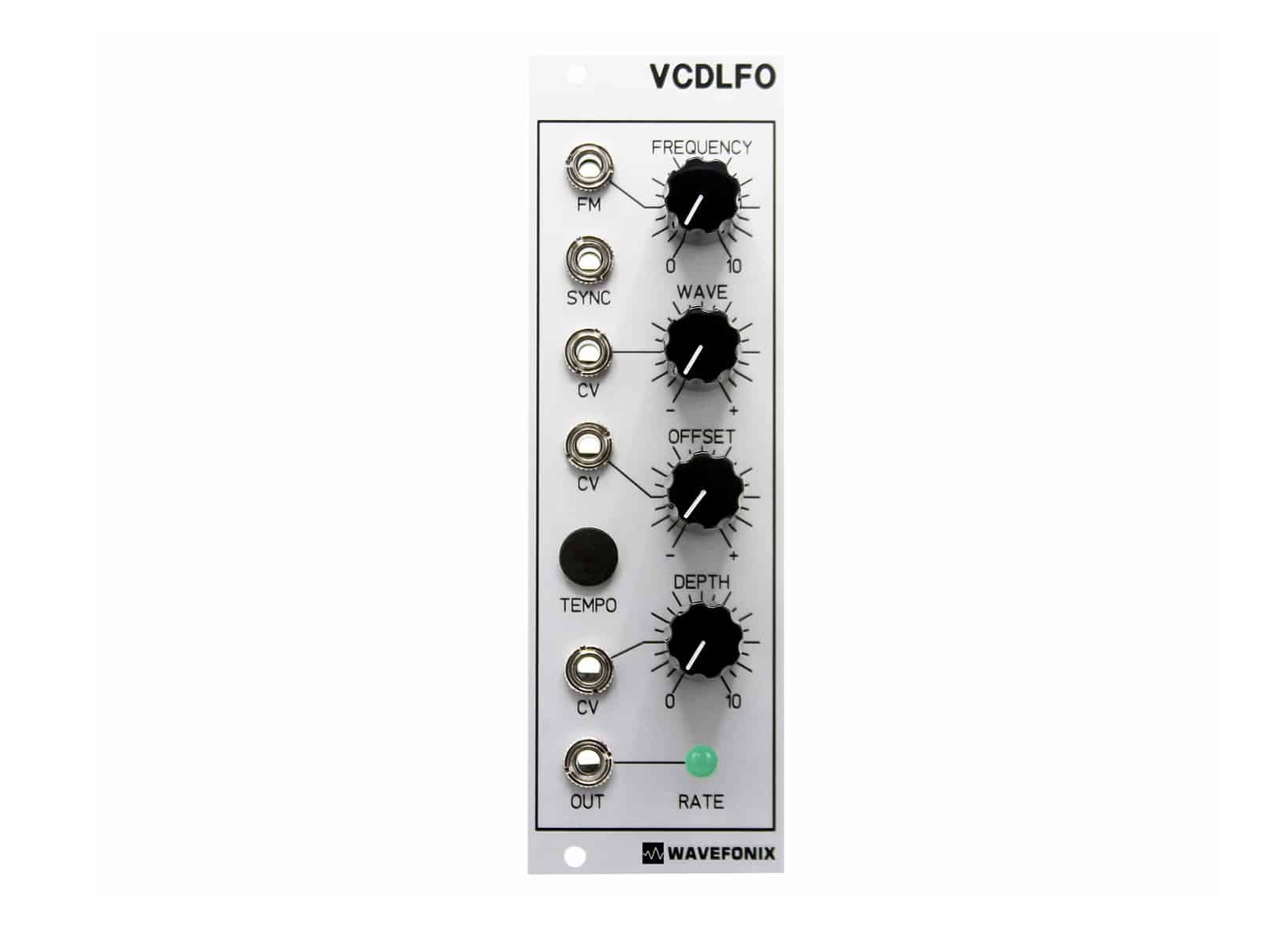 This versatile VCDLFO adds a lot of powerful modulation options to your modular system. Whilst most LFOs include just the standard and rather boring waveforms, such as triangle and ramp.

The VCDLFO takes things further and can generate eight 16-bit waveforms; including two different types of random waves; essentially making it an LFO and random voltage generator in one module.

The VCDLFO has an overall frequency range of 0.05Hz (20s) to 25Hz (40ms) i.e. nine octaves. It can generate tempos between 3BPM and 1500BPM, which is useful for a range of different applications.

Another useful feature is the Tempo button, that the user can manually tap to set the frequency of the VCDLFO. The frequency will remain at the set tempo until the frequency knob is moved.

A sync input also allows the tempo to be set by an external gate signal.

Other front panel controls include Frequency, Waveform Select (for cycling through the different waveforms), Offset (for adding a DC offset to the waveform between ±5V) and Depth (essentially a level control to vary the amplitude of the waveform).

The Offset and Depth functions interact in an interesting way to allow bipolar and unipolar waveforms of either polarity (positive or negative) to be produced. The Offset feature functions when the Depth is set to less than full.

The VCDLFO can also be modulated in many different ways to create even more complex waveforms. Specific CV inputs include FM, Waveform Select, Offset and Depth. All CV inputs have a range of 0V to 10V. The front panel controls are summed with the CV inputs.